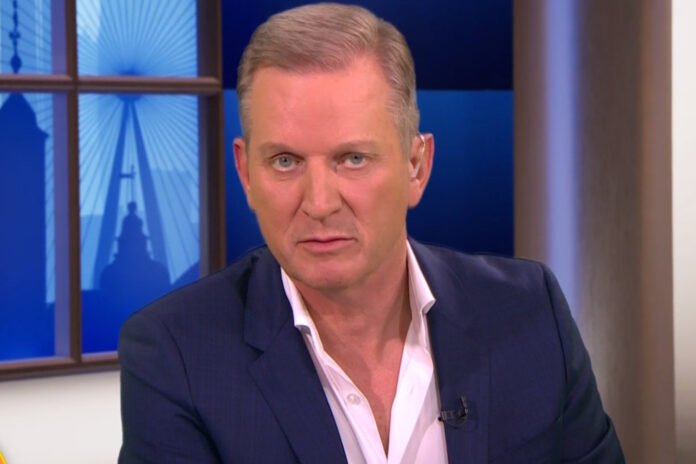 JEREMY Kyle has revealed that he had Botox after feeling the “pressure” to constantly look good on TV.

The opinionated presenter, 56, appeared alongside a host of famous faces on new channel TalkTV, which launched last night.

Jeremy was joined by Sharon Osbourne and commentators JJ Anisiobi, Esther Krakue and actress Nicola Thorp as they discussed new research that shows cosmetic procedures had fallen by a third last year.

Former Corrie star Nicola said: “We ultimately live in a society where women are pressured to look a certain way and even after a certain age we’re told that we cannot age…it’s impossible for women.”

Jeremy asked the other male member on the panel if he would consider surgery – but JJ admitted it wasn’t for him.

JJ then asked Jeremy if he would ever go down the cosmetic surgery route. 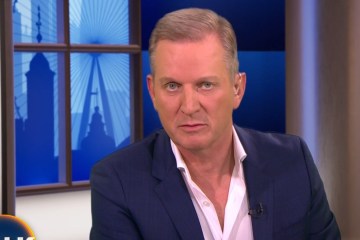 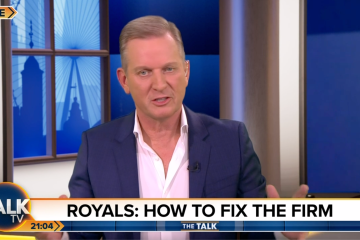 Jeremy replied: “Well this face when we were in America…yes, I’ve had Botox.”

He then showed off his shocked impression alongside Sharon, as they both tried but failed to look startled.

The TV favourite added: “But it is in this business as well and television, there is pressure.

“There is pressure, a lot pressure on women, I give you that – but there is a lot of pressure on men in this business.”

It comes after Sharon joked about her nose falling off after her latest round of plastic surgery.

Sharon underwent her fifth face lift last October after her fourth one in 2019 left in agony and unable to move her face.

She opened up about the pain she suffered after going under the knife again.

Asked by panellist JJ Anisiobi about her treatments, Sharon replied: “I had more work done seven months ago and it was the most painful ever.

“As you get older, believe me, the pain gets worse. It was excruciatingly painful.”

She joked: “See, I’m holding my nose on so it doesn’t fall off.”

Excited fans were delighted by Jeremy’s long-awaited comeback and took to Twitter to congratulate the star.

A supporter commented: “I’m glad @TalkTV has signed #JeremyKyle for their network.

“He won’t hold back on the views/opinions, he’s one of the finest broadcasters and I’m glad to see him back on the screen.”

A third said: “Nice to see @TalkTV give a platform to @JuliaHB1 @piersmorgan and #jeremykyle what a time to be alive at the moment #FreeSpeech is well and truly back !!!”

TalkTV, the new venture from News UK, the publisher of the The Times and The Sun, airs on linear TV platforms as well as online services such as Apple TV, Amazon Fire TV and YouTube.

Opening her new show The Talk, Sharon said: “It’s great to be back on your screens and even greater to be employed.

“It’s our first show tonight and it’s going to be fabulous, isn’t it darling?”

Jeremy responded: “Completely fabulous Mrs O. Delighted to have you on. Welcome back to the country.”

Primetime programming on TalkTV will also broadcast on the News UK radio station TalkRadio, while TalkRadio’s daytime programmes, featuring presenters such as Julia Hartley-Brewer, Mike Graham and Jeremy Kyle, will broadcast on TalkTV.

Jezza already hosts a radio show for TalkRadio, which will also be broadcast on the network.

It comes after Piers Morgan launched his new Uncensored show last night with a “trigger warning” to “woke snowflakes” and a sensational interview with former US President Donald Trump.

Seasoned broadcaster Jezza helmed the The Jeremy Kyle Show for 14 years until 2019.