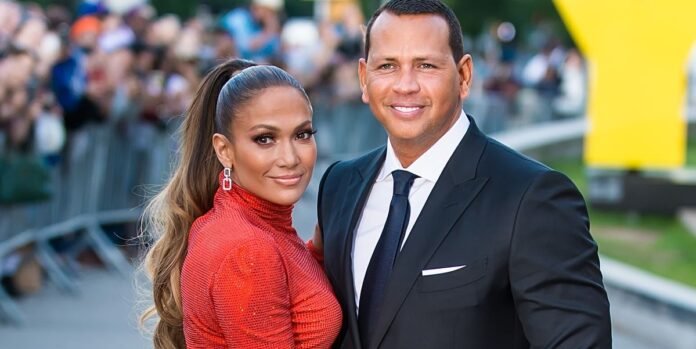 Jennifer Lopez called out media reports about her relationship with Alex Rodriguez in a new TikTok video, days after multiple outlets reported that the couple of four years and fiancés of two had called off their engagement.

In a video montage comprising iconic moments from the multi-hyphenate’s career, set to Saweetie’s “Pretty Bitch Freestyle,” Lopez incorporated several screenshots of headlines about her reported split from Rodriguez, as well as some about allegations she’d had Botox—before cutting to a clip of her saying, “You’re dumb.” Lopez’s key message? Don’t believe everything you read about her.

The headlines in question, by the way, read, “Jennifer Lopez and Alex Rodriguez break up, call off two-year engagement”; “Jennifer Lopez Claps Back After Someone Suggests She’s ‘Definitely’ Had Botox”; “Jennifer Lopez on Calling Out Critics Who Claim She’s Had Botox: ‘Don’t Call Me a Liar'”; and “A-ROD: I’M NOT SINGLE.” Watch the video below:

One Year of Marie Claire Magazine

After news first broke of the couple’s reported separation last Friday, Lopez and Rodriguez released a statement to TMZ, reading, “All the reports are inaccurate. We are working through some things.” The couple stressed a third party played no role in the issues they were working through.

On Saturday, Rodriguez was filmed by TMZ outside his Miami gym and questioned about the breakup reports. Asked, “Are you single now?” Rodriguez replied, “I’m not, no.”

Emily Dixon
Emily Dixon is a British journalist who’s contributed to CNN, Teen Vogue, Time, Glamour, The Guardian, Wonderland, The Big Roundtable, Bust, and more, on everything from mental health to fashion to political activism to feminist zine collectives.