Woww sits front row at the Disney Villains x The Blonds NYFW Show during New York Fashion Week: The Shows at Gallery I at Spring Studios

Jenni “JWoww” Farley left some followers confused with a recent photo on her Instagram page. The 35-year-old Jersey Shore: Family Vacation star posted side-by-side snaps- one with her posing barefaced and a second one edited using a “makeup” app.

In the caption, Farley told fans that she was “bored” and decided to play around with the app to see what she look like in a heavily made-up mode. After coloring in her face and filling in her brows on the app, Farley determined she’d “rather be old and ugly.”

“But seriously, don’t do this crap to your pics,” she wrote to her fans. “Love yourself.”

It’s no surprise that Farley’s post received a big reaction from her followers, many of whom questioned the enhancements she has made her face over the past few years.

“What! Your saying don’t do this to your pics when u did all that work to your face!!!!!  lmao,” one follower wrote.

“She can do what she wants, but don’t deny and lie about it. Especially when it’s that obvious,” another chimed in.

Other followers wrote that JWoww has “nerve” telling her followers to “love” themselves because she “looks nothing like her former self.”

Even Farley’s Jersey Shore castmate Vinny Guadagnino posted a cheeky “thinking face” emoji as he mulled over his co-star’s questionable post, while pal Ronnie Ortiz-Magro posted a series of crying-laughing emoji and asked Guadagnino, “Why do I know what you’re thinking?”

JWoww Responded to Her Critics to Explain Her Perfect Pics

While many fans thought Farley’s post was hypocritical, the Jersey Shore veteran maintained that she does not edit her photos even though some of her snaps seem to be airbrushed.

According to Insider, Farley responded to one commenter to defend herself and explain that she simply uses bright lights for her selfies and is “too lazy” to ever edit her pics. She added that it is the bright lighting that makes her face “all baby smooth with a ring-light glow.”

When another follower pointed out that Farley has plenty of money for spas and injections, which help to make a “difference in the #nofilter pics,” the Jersey Shore star humbly responded, “You are not wrong there.”

JWoww Previously Said She Didn’t Want to Touch Her Face 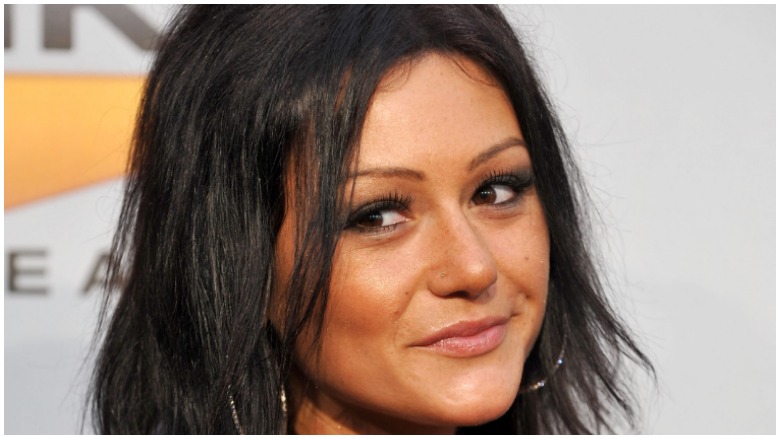 Farley has admitted to doing Botox and other procedures. She previously told People that she would “do anything” if it “makes her feel good.” But at the time she drew the line at permanent plastic surgery.

“I don’t like touching my face only because I’m always scared you can never go back,” she said. “All those nose jobs and cheek implants and stuff like that, people get those and can never go back to what they were.”

Farley did admit she doesn’t like wrinkles and would embrace Botox. “But I wouldn’t go overboard and get that frozen face when you’re trying to cry and look like you’re smiling,” she said.