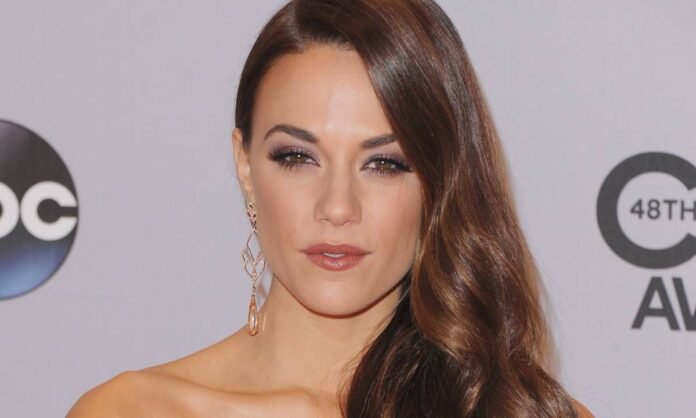 Jana Kramer has opened up to her fans to reveal her plans to undergo cosmetic surgery following years of feeling embarrassed about her body.

The One Tree Hill alum, 37, posted a heartfelt explanation on Instagram and bravely detailed the reasons she wants to change her appearance.

Alongside a photo of herself on International Women’s Day, the mum-of-two wrote: “Time to let you all in on a deeper level. I have been insanely hesitant on sharing this because, honestly, I’m afraid of the reactions.

“I guess with as much as I do share you wouldn’t think I would have a problem oversharing, but this goes deep for me.

She continued: “I considered not saying anything but then it just would have felt inauthentic, and well, you might be noticing a difference. So here goes.

“After many years of consideration, I have decided to get a breast augmentation and lift. I want to be open about WHY. First off, because “I” want to. That right there should be enough, but I feel like I need to explain the “I” part.”

The country singer is married to former professional footballer, Mike Caussin, and publicly revealed he cheated on her during their marriage.

He sought help for his sex addiction and they moved forward with their lives. She touched upon this as she continued her explanation for surgery.

“I’ve considered breast augmentation before but it was never for “me”. With everything that happened in my marriage, I thought I would be loved more, sexier, or quite frankly he would choose me. But the better part of me knew, that was a distraction.

RELATED: Sarah Ferguson boldly opens up about plastic surgery and facelifts ahead of 60th birthday

“It still bothered me though. And after having babies, I had a new set of insecurities with my body. Things didn’t go back to normal, and I carry a lot of embarrassment when I’m undressed.

“I don’t want to feel that way anymore. That was the “click” that showed I should follow through. Before it was what I thought someone else wanted. Now it’s simple. “I” and that’s a very capital “I”.

Jana continued: “I’ve never had big boobs nor will I because that’s not what I want, but a boy named Bobby M called me flat as a board in 8th grade and literally took his binder to show me what that looked like.

MORE: Kelly Ripa opens up about plastic surgery – she swears by this product

Jana and Mike have two children together

“So I just ask ya’ll to celebrate this with me. I’m at a place where I feel empowered to do what I want.

“I’m being honest about what it means. If you need a push to give yourself that same grace, here it is. No one knows what’s in another woman’s head. Or, for that matter, under their shirt. So do what’s right for you, and I’ll celebrate with you, too.

Jana concluded: “I have to say I’m quite nervous but I’m excited and I would love to share my journey with ya’ll. &because it’s #internationalwomensday I just ask you celebrate women instead of tear down. We all need support.”