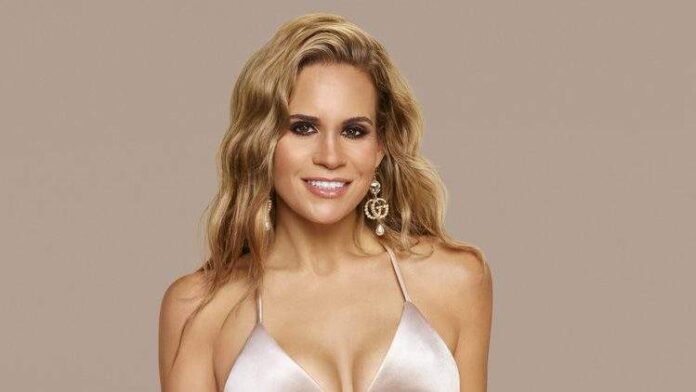 The Real Housewives ladies are no strangers to plastic surgery and trying everything under the moon to stay young. Real Housewives of New Jersey star Jackie Goldschneider is no exception. Goldschneider first joined RHONJ on season 9 in 2018, and after watching herself onscreen, she decided to make a few changes.

“Last season [season 9], people had a lot to say about my lips,” Goldschneider shared with TooFab in October 2019. “Oh, my goodness! They called me paper-cut lips! And it got inside my head, and as soon as filming for Season 9 was over, I went and I got lips. I mean, I never even thought about it before; I always thought I had nice lips! But I got lips, and I’m actually really happy. They do look much better.”

When it comes to her plastic surgery advisor go-to, Goldschneider said she has fellow RHONJ cast member Margaret Josephs on speed dial.

“Any time I’m thinking of getting something done, I call her and I’m like, ‘Do you think I should get this?’ And she always is like, ‘Stop it right now. You’re beautiful!’” Goldschneider told TooFab. “Margaret is just the best, and she always reminds me that I’m beautiful and that I don’t need it and that I’m still on the young side and to not get carried away. You just have to learn to trust the people who love you and not the people who comment online.”

From nose jobs to boob jobs to face lifts, and everything in between, the RHONJ ladies have never shied away from discussing their plastic surgery procedures. Shortly before RHONJ season 11 filming picked back up in July, fellow cast member Dolores Catania revealed she underwent a tummy tuck, liposuction and fat transfer, per People.

“I had lost 25 lbs. from dieting and still wasn’t completely comfortable with my body,” Catania told People in July 2020. “I found myself still wanting to cover up. Once I hit my goal weight and I knew that my stomach wouldn’t be the way I wanted it to even if I worked out, I knew it was time.”

The RHONJ star added, “People are already noticing a difference. I’m still swollen. But the results are amazing already. I’m glad I did it. I have no regrets.”

Many of the RHONJ ladies have gone under the knife, and recently, one of their daughters did so too. Teresa Giudice’s daughter Gia Giudice got a nose job in early July, she shared on Instagram.

The college student posted a photo with her mom and wrote in the caption, “Yes I got a nose job. Yes I’m swollen. Thank you so much @drtobiasnyc. I’m absolutely in love with it. I am an adult now, this has been an insecurity of mine for a while and I’ve never been happier and so comfortable in my own skin!!”

A few weeks later, Gia Giudice revealed that she also underwent a nonsurgical rhinoplasty procedure for her underarm treatment in July.

Gia Giudice posted a photo of herself getting the treatment on Instagram and added the caption, “Have you ever been annoyed about underarm sweat stains on your brand new blouse? Or white deodorant marks on black outfits? I sure have, but I’m excited to say bye-bye to both.”

READ NEXT: Dolores Catania Says Her Kids Had COVID-19