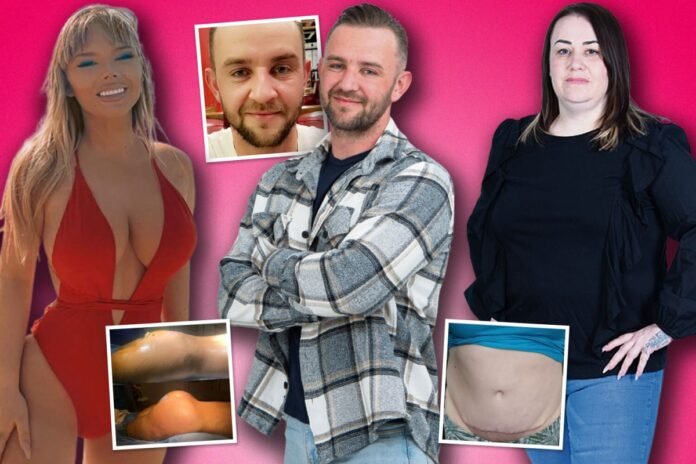 A GROWING number of us are going under the knife as we become obsessed with looking good on social media.

Our exclusive Sun poll reveals that 13 per cent of the nation have had cosmetic surgery — and a quarter did it to look better in selfies.

Lucy Khan, a consultant breast surgeon, said: “The increased use of video messaging and social media during Covid has put more emphasis on the need to be ‘camera-ready’.

“The restrictions on many beauty treatments during the pandemic have also created a surging demand for cosmetic surgery.”

While once only for the rich and famous, more than half of those surveyed no longer believe procedures are taboo. Yet 24 per cent would not date someone who has had work done, with a third saying lip fillers are their biggest turn-off. 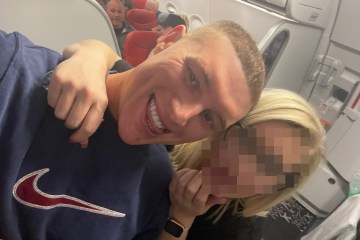 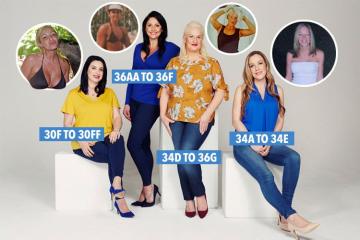 And 32 per cent said their cosmetic surgery was botched — with tummy tucks going wrong most often.

The most popular non-surgical cosmetic procedures are laser hair removal (41 per cent), Botox (36 per cent) and veneers (27 per cent).

Here are the full findings of the poll, while three people reveal the highs and lows of nips and tucks.

PHOTOGRAPHER Stacey Marie Clarke has spent more than £30,000 on a Brazilian butt lift, cat eye surgery, a face lift and lip lift. The 32-year-old mum of two from Swansea says:

“When my relationship with my long-term partner broke down in 2019 I wanted a drastic makeover to start afresh.

“I saw celebrities travelling abroad for cut-price cosmetic surgery on Instagram, so in June 2019 I travelled to Turkey and had a Brazilian butt lift, a lip lift, liposuction on my arms and thighs and lipo under my chin.

“Later that year I returned and underwent cut-price cat eye surgery, a face lift, a hair transplant and spent £15,000 on veneers. Within 12 months I’d had nine risky procedures and spent over £30k. Since then I’ve had Botox and filler top-ups.

“People say I am unrecognisable but I don’t care. The surgery has knocked years off and I’m often mistaken as my sons’ teenage sister.”

‘I feel like new man after nose job and fillers’

“For men, plastic surgery is often a no-go area. But my whole life I’ve been bullied for having a big nose and I wanted to do something about it.

“In May 2019 I finally bit the bullet and had a £10,000 nose job at a private clinic in London. I woke up looking like I’d done 20 rounds with Mike Tyson, with black eyes and swelling, but a week later I got a look at my new nose and loved it. I felt like a new man.

“My surgeon recommended some further procedures to freshen my face. I had filler in my left cheek to make it symmetrical with my right and I have it in my tear troughs once every year. I also have Botox two to four times a year.

“Some blokes accuse me of being vain but I did it to feel comfortable about myself. Others ask how they can have a sneaky face freshen too.
More men are embracing cosmetic surgery.

“It’s nothing to be ashamed of. My family thinks I look great and I feel more confident.”

‘I wish I had not gone abroad for tummy tuck’

“I lost seven stone after gastric bypass surgery in 2017 but the rapid weight loss left me with saggy skin and bingo wings.

“I had to return to Poland. The surgeon there did a revision and fixed the hernia that had developed. It cost £1,000. The surgeon also talked me into a £2,000 upper arm lift.

“Once home the pain became unbearable. I developed seromas – lumps across my abdomen that fill with fluid.

“An NHS specialist wants to operate to fix the hernia and seromas but the Polish clinic is ignoring my calls.

“I’ve had over a litre and half of fluid drained off. It’s painful and I wish I’d never gone abroad for surgery.”