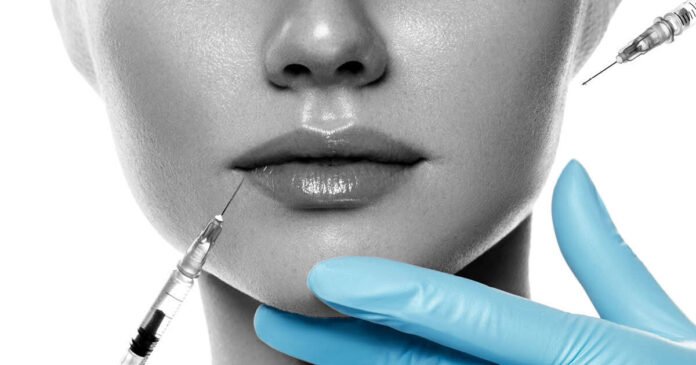 Dr. Lisa Kellett still remembers her first. The first time she ever injected a little something known as Restylane, that is. “It was a total game-changer,” says the founder of DLK on Avenue, a skin care clinic in Toronto.

Before then, practitioners like herself had but two options when a patient came in seeking to, say, soften their naso-labial folds (those lines connecting the nose and mouth): animal-based collagen injections or a full-on facelift. The issue with the former was that because the collagen wasn’t human, there was an increased risk of reaction. “And then, to say to someone who was 35 or 40, ‘If you really want to get rid of that fold, you need a facelift,’ just wasn’t appropriate for such a young patient,” says Kellett.

Restylane changed that. Launched in Europe in 1996, the product consisted of hyaluronic acid, a substance naturally occurring in the body, which greatly reduced the risk of adverse effects. It was designed to be administered under the skin for aesthetic purposes—add volume here, smooth out a crease there—and became the first injectable of its kind approved by the FDA. It would go on to transform the face of cosmetic dermatology—not to mention the face of legions around the world: over 50 million treatments and counting.

The results were astonishing. Patients could appear refreshed in a single session without having to endure the risk of surgery or the associated cost or downtime. “It was fantastic,” says Kellett. “You’d hand them the mirror and you’d see right in front of you how happy they were.”

In those early days of fillers, the dermatologist says she mostly treated mature patients looking to restore the facial volume they’d once had. See, as we age, the fat pads in our face begin to shrink and shift downward, which can lead to more sunken eyes, thinner lips and sagging along the jawline. Fillers could counteract the phenomenon.

But over the years, their use expanded beyond solely correcting signs of time. For many, it became not about looking younger but rather pursuing a certain look. “Now you have young patients whose lip size and volume are normal, but from a purely aesthetic point of view, they just want more,” says Kellett. “That’s quite common now for Millennials.”

The rise of this trend is often pinned on reality-TV-star-turned-makeup-mogul Kylie Jenner. In 2015, some clinics even reported a 70 per cent increase in enquiries for lip fillers after the then 17-year-old confessed to plumping her pout.

That’s around the time Shelby Hall first got her lips done. Until Jenner’s much publicized enhancement, she hadn’t even been aware that “fillers were a thing,” she says. “There wasn’t anything wrong with my lips per se, but I was like, ‘What’s the harm in a little extra volume?’”

Enamoured with the results, Hall began a regimen of twice-yearly top-ups, eventually getting injections in her cheeks, chin and jawline, too. The thing was, though, that the filler wasn’t completely disappearing after six months, contrary to what she’d been told, so every new treatment added more volume to her face, further transforming her appearance. “Over a span of four years or so, I found myself with all this filler, and I was like, ’I’m not really looking like myself anymore.’”

So she made the decision to have it all dissolved with an enzyme called hyaluronidase, which can be injected to break down hyaluronic acid. Actor Courteney Cox famously discussed doing away with her fillers in the same way after finding she “looked really strange.” “I feel better because I look like myself,” she told New Beauty magazine at the time.

Hall felt the same. “I just loved seeing myself again,” she says, though she notes that the over-plumping did cause some premature wrinkling on her lips. You’d probably assume she never touched fillers again, but, actually, quite the contrary. Hall became an injector herself.

She is the founder of Skinfidelity Medical Spa in Mississauga and now uses her social media platforms to share her story and educate followers on the do’s and don’ts of cosmetic procedures. A video she recently posted about her experience with “filler dysmorphia” has racked up nearly 530,000 views on TikTok. “I think people are seeing so much overdone, over-the-top work that they’re scared of not looking like themselves or looking weird,” she says of her content’s popularity. “Everybody’s kind of shifting at the same time.”

Indeed, we seem to be witnessing a collective move away from what’s been termed the “Uncanny Valley,” a phrase coined by a Japanese robotics professor who found that highly realistic humanoid robots provoked a sense of unease or even revulsion in people. “I think sometimes you can see this feeling of the Uncanny Valley with people who have had too much facial filler or too much plastic surgery,” says Dr. Lara Devgan. “The ideas of what is beautiful are changing and a more realistic, ‘less done’ looking end-point is the future.”

Devgan, one of the most sought-after plastic surgeons in the U.S., is famous for her signature “facial optimization” technique. It consists of “many tiny, millimetre-level” tweaks all over the face, all while maintaining people’s “facial identity.” In before-and-after photos, her patients appear more rested, radiant, but you can’t quite put your finger on what’s changed.

The approach appears to be a growing trend when it comes to fillers. Kellett remarks that, nowadays, patients are wanting to be more judicious with them. It’s not that they’re using less overall, but rather “instead of a lot of filler in one place, it’s smaller amounts in different places.”

Examples of popular areas to fill include: the temples, which can hollow out over time; tear troughs, a.k.a. that dip under your eyes that can cast a shadow and make you look tired; the cheekbones, for example, to help correct naso-labial folds caused by dropping cheeks; the chin to make it project more or elongate the face in an effort to balance out the facial profile; the jawline and even the nose, in what’s been dubbed a “liquid nose job.”

The results can be absolutely jaw-dropping, but the procedures don’t come without serious potential side-effects. The nose, for example, is considered especially high-risk due to its limited blood supply. A vessel inadvertently blocked by filler could lead to vision loss or tissue necrosis. “You could easily lose the tip of your nose,” says Hall, who recently stopped offering the treatment at her clinic. “Liquid rhinoplasties kept me up at night so I decided it’s not something I’m going to do anymore.”

As Hall points out, it’s easy to find someone who’ll say ‘yes’ to all the alterations you want to make, but what you really want is someone you can trust to say ‘no.’ Someone who’ll be able to look at your face as a whole and advise you on the best options for you. “There isn’t one look that’s beautiful,” says Kellett. “You have to look at that patient and do what’s best for them—not what’s trendy for a certain cohort of people.”

That means looking for a practitioner who 1) is experienced and can safely administer the treatment (Hall notes that in some provinces, all it takes for a nurse or dentist to become a licensed injector is a two-day course), and 2) shares your aesthetic preferences. Look at their Instagram if they have one—do you like the way their patients look? Look at the staff working in their clinic—they’re likely getting procedures done by their boss.

At the end of the day, cosmetic dermatology is a matter of personal taste. “Just because you see something that you don’t like, it doesn’t mean that the whole genre is to blame,” says Devgan. “It’s like seeing a painting you don’t like and deciding you don’t like paint!” With any procedure, there are many possible outcomes, including ones that are understated, elegant and refined, she ensures. “Beauty is not only in the eye of the beholder, but also in the hand of the needle holder.”