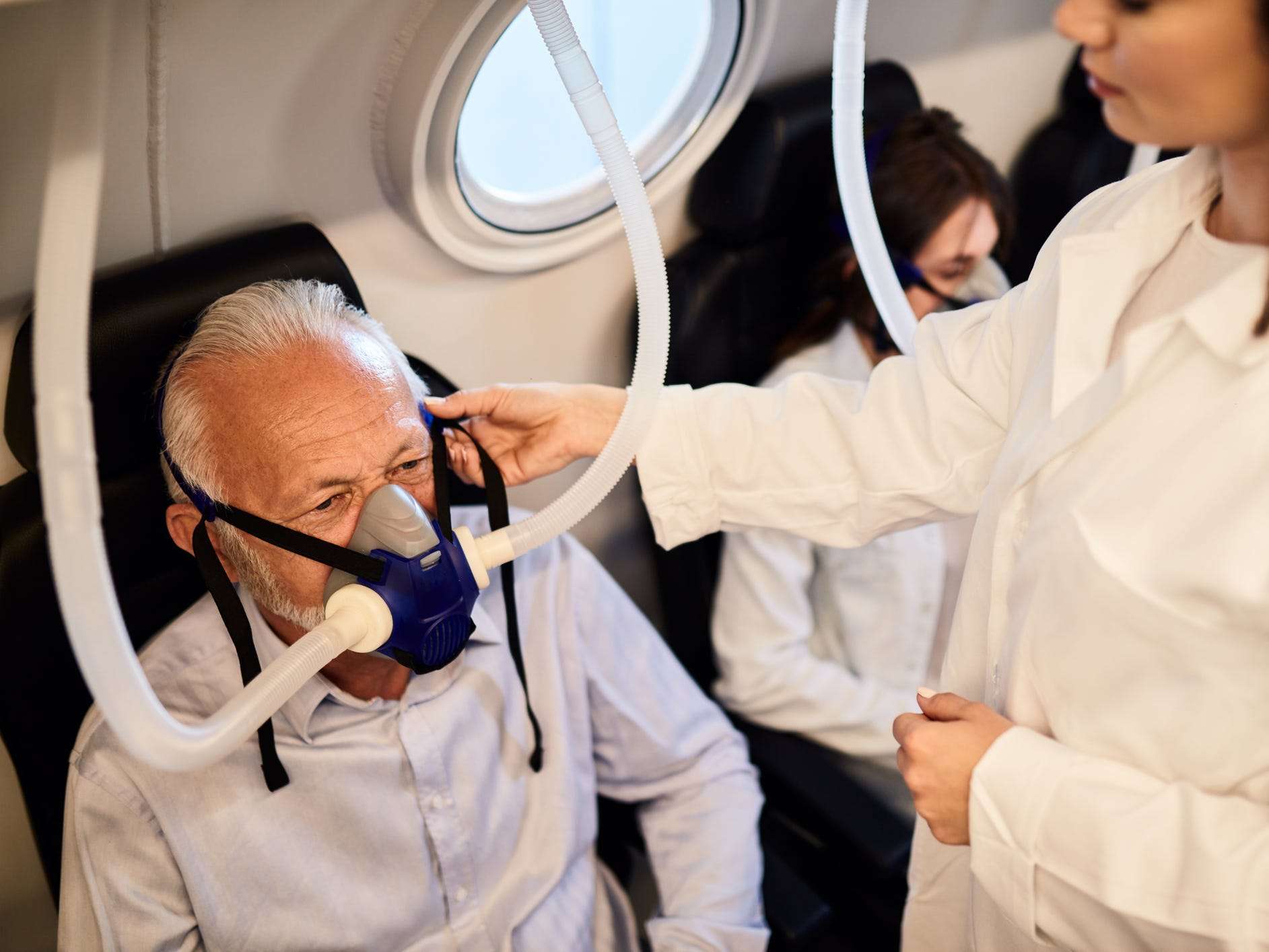 Aging, the slow decline of function over time, is considered to be an inevitable fact of the human condition. As cells divide and reproduce in our bodies, they gradually deteriorate, and our mental and physical declines as a result.

But there may be a way to not only delay that cellular degeneration, but reverse it, according to a study published November 18 in the Journal of Aging. This could potentially one day help prevent age-related illnesses like cancer, diabetes, and dementia.

The study found that a special oxygen treatment appeared to improve two key markers of biological aging. Following the therapy, participants had a significant increase in the length of their telomeres, a compound in chromosomes that stabilizes our DNA as cells divide.
As we age, telomeres shorten — a phenomenon linked to greater risk of age-related illnesses such as cancer and type 2 diabetes.

Researchers also noticed a significant decrease in senescent cells, which have been linked to age-related diseases.

These findings are a potential breakthrough for anti-aging research, according to Dr. Shai Efrati, lead researcher on the study who pioneered research on this type of therapy at Tel Aviv University.

“For the first time in humans, we can see that we’re not only slowing decline, but the opposite — we can reverse it,” Efrati told Insider. “We see an elongation [of telomeres] of more than 20%, something that was considered impossible in humans.”

The experimental therapy is promising, but expensive and time-consuming. More research is needed to see how lengthening telomeres might affect chronic illnesses and longevity and what side effects might occur long-term.

The therapy floods the body with oxygen, similar to what astronauts and deep-sea divers undergo

In the study, researchers from Shamir Medical Center and Tel Aviv University treated 30 healthy adults over age 65 with a type of hyperbaric oxygen therapy. Five days a week for three months, participants spent 90 minutes inside a compression chamber, breathing 100% oxygen from a mask, with five-minute breaks at regular intervals to breathe normal air.

Hyperbaric oxygen therapy has previously been used as treatment for a wide variety of conditions, including carbon monoxide poisoning and decompression sickness. For this reason, it’s useful for scuba divers and astronauts who face hostile environmental conditions such as extreme pressure in the deep ocean or outer space.

But the therapy used in this study is different from what you might find in clinics . Every 20 minutes, participants remove the oxygen mask, prompting a quick decline to normal oxygen levels. The body interprets this abrupt change as a sudden lack of oxygen, which creates a chain reaction.

“There is a biological cascade that initiates the generation of new tissue, and more importantly, we see that on the cellular level, activating telomeres,” Efrati said.

Years of research made this latest innovation possible

Efrati’s original “a-ha moment” was the publication of a NASA study on twins. The study found the twin that went to space came back with longer telomeres, while the twin who stayed on Earth experienced normal shortening of telomeres over time.

“When I saw that, I opened a bottle of champagne. Everyone looked at me as crazy,” Efrati said. “But it means when we are changing the environmental conditions, it can change the basic biology and increase telomere length, which is considered to be the holy grail of aging.”

Efrati’s previous work on hyperbaric oxygen therapy has tested whether it can help treat cognitive issues and traumatic brain injury. Other researchers have been skeptical of his claims, the Washington Post reported, noting a lack of data on these experimental uses of the therapy.
Similarly, the claims of his latest study, that aging can be reversed, almost seem too good to be true.

“If it was magic, we wouldn’t have needed 20 years to get where we are now. I hope my next research happens by magic so it happens immediately,” he said. “This isn’t magic, it’s hard work.”

The long-term effects are unknown

It’s not yet clear how lengthening telomeres might affect aging, chronic illness, and longer lifespan, since it’s never been done before.

But the research does show we can measure, and possibly control, this important marker of aging.

“Once we can measure telomeres, once we can see the elongation, hopefully it will be just like blood pressure. You can measure it, you can treat it,” Efrati said.
With more research, the goal is to treat aging as a preventable disease, and stave off related illnesses, such as cancer, diabetes, and cognitive decline. Efrati hopes to study the treatment in a larger population that includes people who are at risk of or in early stages of these diseases.

“We need to see the long term effects, and to see if we can tailor the treatment for individuals to optimize the protocol,” he said.

While the therapy is promising, even these early results suggest that it’s not a magic solution to all age-related health issues.

Factors like diet, exercise, and lifestyle still play an important role in how we age. Eating a healthy diet, and exercising regularly, for example, have both been shown to stave off cellular degeneration, while unhealthy habits like eating poorly, being sedentary, and smoking appear to speed aging.

As a result, Efrati said someone could theoretically receive the treatment, but continue to see their health deteriorate if those negative factors outweigh the positive.

The procedure is expensive and time-consuming

It’s not likely that Efrati’s treatment will be available to the public anytime soon, since it requires extremely specialized equipment, lots of resources, and a big time commitment.

“Every time we are starting something new, it starts with a small group of people who can afford it,” Efrati said. “The type of treatment that we are giving is not affordable and available for all.”
Other labs are already working to replicate his therapy, advancing our understanding of its potential and bringing it a step closer to widespread use. But, he said, it’s not a process that can be rushed.

“We are dealing with human biology and human health. It’s very important we do it in an appropriate way, with the quality that’s needed and without any shortcuts,” Efrati said.

HIIT workouts are linked to better mental health and longer, healthier lives, according to a new study

The Mediterranean diet could help you age better by improving gut bacteria, lowering inflammation, and boosting brain function
Eating a lot of processed foods could cause your body to age more quickly, a new study suggests

Author on Ventilator, May Lose an Eye; Motive Yet to be Determined