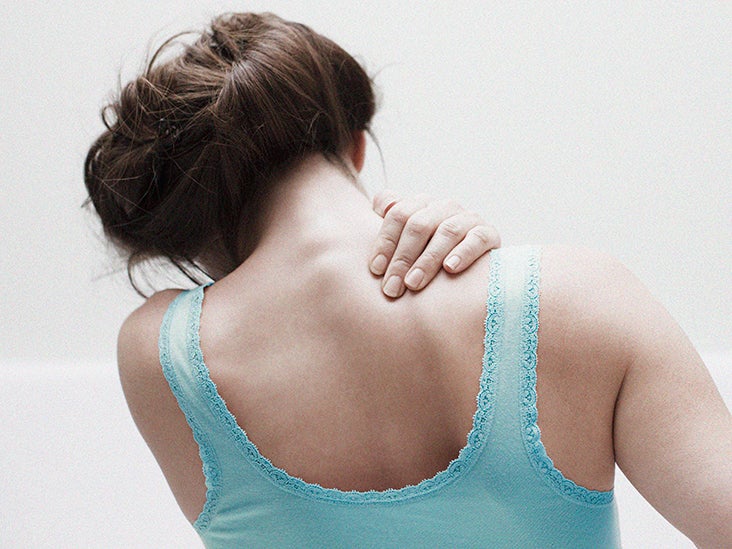 Also known as Hashimoto’s disease, this condition causes the immune system to attack the thyroid gland, preventing it from making enough thyroid hormone. “Hypothyroidism” refers to having too little thyroid hormone in the body.

Below, learn more about the relationship between these autoimmune disorders.

Psoriasis is an autoimmune disorder that causes scaly, itchy patches of skin to form around a person’s trunk, large joints, and other areas of the body. It affects about 2–4% of the population.

This inflammatory type of arthritis causes symptoms such as joint pain, swelling, and stiffness. If a person does not receive treatment, psoriatic arthritis can eventually lead to joint damage and mobility issues.

Hypothyroidism occurs when the thyroid gland does not make enough thyroid hormone to meet the body’s needs. The body uses this hormone to keep the brain, heart, and muscles functioning correctly. It also helps the body effectively burn calories for energy and warmth.

There are various causes of hypothyroidism, including Hashimoto’s disease, surgical removal of the thyroid gland, and other treatments for other health issues.

A 2017 study found that people with both psoriasis and psoriatic arthritis had a higher likelihood of developing this thyroid condition.

Another study from 2017 and one from 2018 found similar results: People with psoriasis had a higher likelihood of developing thyroid disease, such as hypothyroidism, compared with the general population.

Also, a 2019 review of studies found that people with psoriasis had a much higher prevalence of Hashimoto’s disease than those without psoriasis.

While there is a need for more studies with more participants, many researchers currently recommended that doctors regularly screen people with psoriasis for thyroid conditions.

Psoriasis and psoriatic arthritis are autoimmune conditions. While having psoriasis may increase the chances of developing hypothyroidism, one condition is not a sign of the other.

The American Thyroid Association report that common symptoms of hypothyroidism include:

These symptoms are relatively nonspecific and can stem from various causes. If a person experiences these symptoms, the doctor can check for hypothyroidism with a simple blood test.

If a person has hypothyroidism, the doctor prescribes a synthetic version of thyroid hormone. This medication should not affect psoriasis or psoriatic arthritis.

However, as the American Academy of Dermatology Association note, other medications can trigger new or worsening psoriasis symptoms, in periods called flare-ups.

If a medication has this effect, psoriasis symptoms typically get worse after about 2–3 weeks of starting the medication.

Some medications that may trigger a flare-up include:

Speak with a doctor before trying a new treatment, and let the doctor know if psoriasis symptoms worsen or new ones appear.

Myxedema is a skin condition that occurs in relation to advanced hypothyroidism. It develops when a person has the thyroid disorder and does not receive treatment for a long period.

A myxedema rash does not resemble psoriasis. Instead, it appears as waxy, swollen, thickened areas of skin.

Without medical intervention, myxedema can cause a life threatening coma. Anyone who may have this issue should receive prompt medical care.

Anyone with psoriatic arthritis or another form of psoriasis should speak with a doctor about the risk of developing another autoimmune disorder, such as Hashimoto’s disease.

Also, let the doctor know about any new or worsening psoriasis symptoms or symptoms of hypothyroidism.

In addition, contact the doctor if treatments are no longer controlling the symptoms. The doctor can adjust the treatment plan accordingly.

Research suggests a potential link between psoriasis, including psoriatic arthritis, and hypothyroidism. However, having psoriasis does not guarantee that hypothyroidism will also develop.

Work closely with a doctor to treat any form of psoriasis and let them know if any symptoms of an underactive thyroid develop.