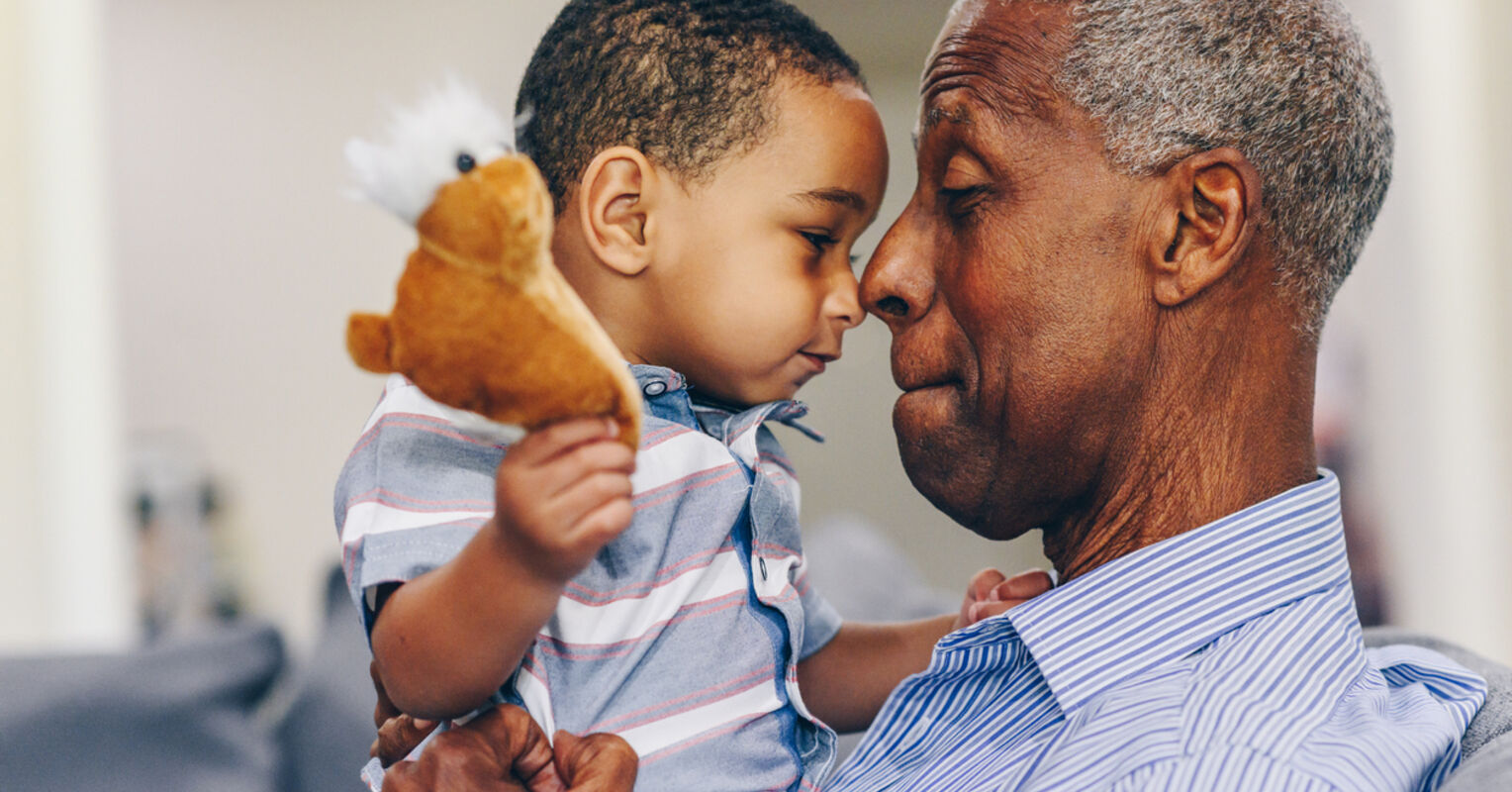 Don’t we all want to live longer, look younger, run faster, and be stronger? A longer, healthier life means more time with our loved ones and more opportunities for happiness. Longevity is not necessarily about extending the human lifespan to 200 years per se, but rather about keeping adults happy, active, and alert throughout their later years in life. The search for youthfulness typically turns to lotions, supplements, exercise routines, and diets, but there may soon be a new Food and Drug Administration (FDA) approved medication joining the force to maintain the fountain of youth. Rapamycin, also known as Sirolimus or Rapamune may be the answer to our desire to live a longer, healthier life.

Rapamycin prevents the body’s defense system from fighting off foreign invaders and infections. It tricks the immune system into believing that the new liver or pancreas is not a foreign invader and allows the newly transplanted organs to live harmoniously in your body.

This medication has been studied for decades in worms, mice, dogs, and humans and has shown great potential for anti-aging properties.

The history of rapamycin

Rapamycin was first discovered in the mid-1900s as a medicine to fight fungal infections. It was originally found from a soil sample in Easter Island (also known as Rapa Nui) during a 1960’s Canadian research expedition. The sample sat in a Montreal lab for a few years until a researcher discovered its powerful cancer-fighting and organ transplant properties. In 1994, the FDA approved rapamycin to prevent organ rejection in liver transplant patients (5). Rapamycin is not only used as a cancer-fighting drug and an anti-rejection drug for patients undergoing organ transplants, but it is also used after heart surgery to prevent the re-narrowing of blood vessels in the heart in order to improve blood flow, thus improving longevity(4)

The inner workings of rapamycin

In 2007 and 2009, two other FDA-approved medications, temsirolimus, and everolimus, known as “rapalogs”, were derived from rapamycin, for the treatment of advanced kidney cancer (4). Since then, a large number of research studies have shown that rapamycin and its “rapalogs” are not only beneficial for treating organ rejection and cancer but are also used to treat other chronic medical conditions, and more recently aging. (4).

We can all recognize the physical signs of aging; wrinkled skin, grey hair, and visible bony structures, but what is happening inside our bodies that drive these physical changes? The aging process is beyond skin deep. It can be traced down to the level of our cells. As we become older, the biological processes inside our cells, combined with environmental factors such as sunlight, air pollution and toxins in our diet, begin to change our cells’ structure and function. As we age, our cells accumulate damage to their DNA. DNA is the “brain” of the cells and contains all the information that our cells need to survive and function properly.

During stressful conditions such as sun damage, environmental toxins, or internal cell damage, damaged cells are programmed to commit “cell suicide” and die off. The healthy cells are programmed to stay alive. Partially damaged cells can be repaired. The irreparable parts can be tossed out, leaving the aging cell’s healthy parts to undergo a repair process and survive. Rapamycin triggers uncontrolled growth in cancer cells by slowing their growth and even inducing “cell suicide”, allowing healthy, non-cancer cells to survive while the unhealthy cancer cells die. Anti-aging research has shown that rapamycin has the same potential to trigger aging cells by throwing away the irreparable cell parts, leaving aging cells to survive by using their “healthy parts” to repair and grow, thus prolonging our longevity (7). It is similar to fixing an old car that does not run. The broken engine and radiator are either repaired or replaced and the working parts are left in the car, leaving the car good as new and prolonging its life.

Chasing the “fountain of youth”

Over the past decade, there has been a widespread explosion in the number of clinical reports studying the effects of rapamycin and its relationship with anti-aging. In 2009, a study performed by Harrison et al. showed that rapamycin extends both middle-aged male and female mice’s lifespan by 1.5-2 years in length. Subsequent studies confirmed this longevity effect, and researchers began to prove that rapamycin could prolong life by potentially two different ways 1) anti-aging or 2) preventing lethal diseases such as cancer, independent of anti-aging effects (2). However, the jump from mice to humans is quite large.

To help fill the gap between laboratory animals and humans, Dr. Kaeberlein, professor of pathology at the University Washington School of Medicine, decided to launch an anti-aging study using rapamycin in dogs. Dogs share similar environments to their human companions and are also subjected to similar risk factors and develop some of the same age-related diseases as humans. In Dr. Kaeberlein’s study, 24 middle-aged healthy dogs received either a placebo drug or low dose rapamycin for ten weeks. Results showed an improvement in heart function in the group treated with rapamycin compared to the placebo group with relatively no side effects (6). These results potentially prove that rapamycin can reverse age-related heart dysfunction in dogs, thus improving their longevity.

One can learn a lot about the aging process by looking at human skin, particularly the hands and face. Aging skin is chalked full of wrinkles, dark spots, and sagging areas, and the repair and growth rate of skin cells is incredibly fast, meaning that there is room for repairing this damage, potentially resulting in younger-looking skin. A recent study from Drexel University discovered that rapamycin showed promising anti-aging properties on aging human tissue, specifically skin. The study enrolled 13 participants, 40 years of age and older, who applied rapamycin cream to one hand and a placebo cream to the other hand every one to two days for a total of eight months. After eight months, most of the hands treated with rapamycin showed an increase in collagen production and a decrease in age spots and wrinkles (1). Collagen is an important protein that gives skin its structure. When collagen is damaged, wrinkles often appear. This study offers a new life for rapamycin when used at low doses, including new applications to increase the human lifespan and improve longevity.

Although rapamycin has many benefits, it has shown to have some powerful side effects, particularly when given at a high dose. Rapamycin can cause mouth sores, cataracts, high blood pressure, anemia, and diabetes. It can also raise the risks of infection, bleeding, and some types of cancers, such as skin cancer. It is important to note that these side effects are seen when rapamycin is given at higher doses to treat cancer and prevent organ transplant rejection. When given at low doses in studies for anti-aging, the side effects were minimal, if any at all (3).

Looking to the future of anti-aging

Although the above research and studies are promising, and rapamycin has considerable potential to improve the human lifespan, this research is still in the early phases of development. The science is far from being settled here and it may be years before experts come to a conclusion on whether rapamycin can help slow down the aging process in humans. Another area of study is looking at how to reduce the side effects of rapamycin. Researchers know that the majority of the side effects associated with rapamycin are seen in individuals who have serious health concerns. It is still uncertain whether healthy individuals can tolerate this medication over a long period, even at low doses and longer-term human studies may be necessary in order to prove its long-term use for anti-aging.