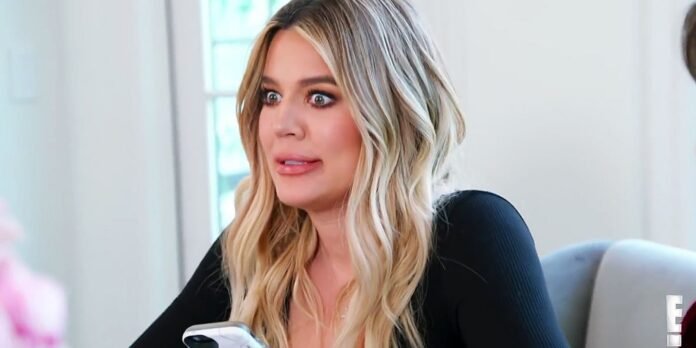 Many fans were shocked to see Khloe’s frozen face on IG. Some think that she is now using CGI on her videos. Still, her upper lip looked “botched!”

One Keeping Up With The Kardashians star, who is famous for frequently changing her face and applying multiple filters to her photos, is Khloe Kardashian. Now, she has again appeared with a new face on Instagram. Many fans think this new face isn’t a result of plastic surgery or photo filters, but “CGI” or high-level FaceTune. CGI is a computer-generated graphic that can be used to alter pictures or videos.

Earlier, the supermodel Kendall Jenner was accused of heavily Photoshopping her pictures. She collaborated with Kim Kardashian and her younger sister Kylie Jenner for SKIMS’ Valentine’s Day collection. Many Keeping Up With The Kardashians fans were excited to see Kendall wearing red-colored lingerie. But, they suspected that the 25-year-old E! star was trying to look super skinny and probably stretched her legs and cinched her waist. Some Photoshop experts captured Kendall’s pictures and compared them with her photoshoot videos, which showed a drastic difference.

Now, it looks like the Keeping Up With The Kardashians celebs have found a way to alter their videos as well. Khloe recently appeared on Instagram and announced her collaboration with beauty subscription company IPSY. This company has come up with a glam bag that will have Khloe’s personal makeup, haircare, and other skincare essentials. But, most of the Keeping Up With The Kardashians fans couldn’t get over Khloe’s frozen face while she promoted the new product.

Many fans appeared concerned in the comment section and wrote things like, “Wait is this even khloe or is this some CGI s**t!?” “I vote for a possible CGI and surgery cross pollination,” and “What’s going with her nose? is gonna fall off.” Others pointed out that Khloe’s upper lip looks swollen and uneven. Some thought that she has stopped going to the best of the best doctors because her lip looks “botched.”

After seeing the initial negative response on her IG post, Khloe disabled her comment section. But that might not help her. She has to understand her fans are worried about her, and she should stop using “CGI,” “FaceTune,” or excessive Botox and fillers on her face. She is on the verge of losing her relatability factor and credibility amongst her audience. If Khloe continues to become a laughing stock, many fans may gradually lose trust in her brand, Good American, too. Since Keeping Up With The Kardashians is ending, Khloe should focus on creating multiple income sources instead of sabotaging the existing ones.

Next: KUWTK: The Best Kardashian-Jenner Face Swaps With Men