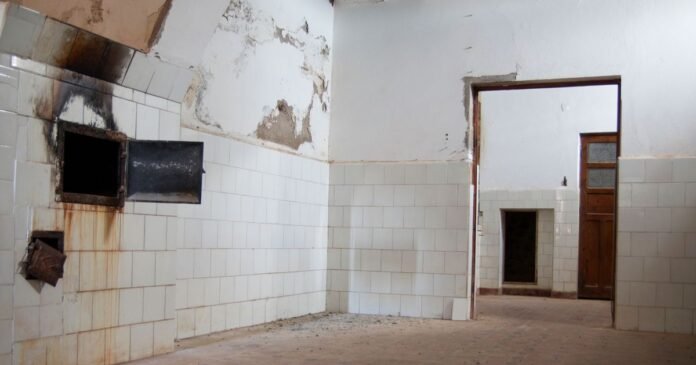 An eerie villa in the Canary Islands is rumoured to have once been a secret clinic where Adolf Hitler underwent facial reconstruction, according to legend.

Casa Winter, Fuerteventura, is where on the run Nazis, including Adolf Hitler, were claimed to have undergone surgery at the end of World War Two.

Other criminals including Martin Bormann and Josef Mengele are bizarrely said to also have had plastic surgery at the villa, the Sun reports.

According to legend, they then faked their deaths and were whisked away to South America while evading their war crimes.

Hitler died when he shot himself as allies closed in around him in 1945, but rumours he escaped unharmed continued for decades.

Current resident of the villa Pedro Fumero told makers of the Yesterday show ‘ Secret Nazi Bases ‘ a white tiled room could have been an operating theatre.

Many of the rooms don’t have windows.

One has a tunnel-like space running the length of the property with just a little window at one end.

The newsletter is emailed out first thing every morning, at 12noon and every evening.

Never miss a moment by signing up to our newsletter here.

There is also said to be a solid basement with walls more than six feet thick.

The property was built by German engineer Gustav Winter, who denied the dark claims about the villa right up until his death.