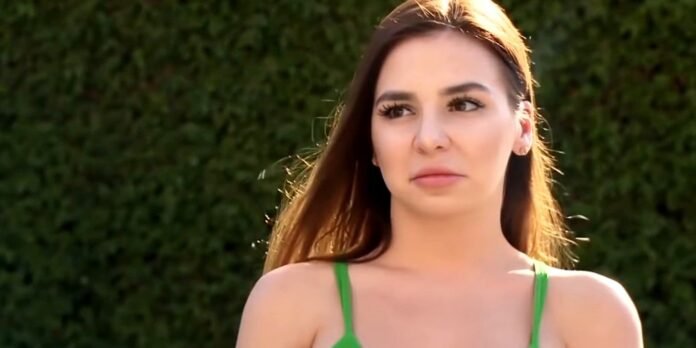 Life after 90 Day Fiancé and Jorge Nava has been very different for Anfisa Akkhipchenko, all thanks to her stunning weight loss. Anfisa, who first appeared on the TLC show in 2016, has undergone a massive transformation in both her body and her gold-digger reputation. While Jorge was the poster child of weight loss due to him shedding 128 pounds while in prison, his ex-wife, Anfisa, shocked Instagram as well with her own makeover. Here’s a look at Anfisa’s before and after looks, which are credited to both her workouts and a little bit of plastic surgery.

Anfisa received quite a reputation during her 90 Day Fiancé stint, where people saw her preferring Jorge’s money over his love.  Despite their many aggressive fights, Anfisa and Jorge did get married, but fans knew it was a trainwreck just waiting to happen. In 2018, Jorge was arrested after being caught with 293 pounds of marijuana, which earned him two and a half years in prison. Already on the brink of a split, the jailtime caused “the worst couple of all time,” as YouTuber PewDiePie called them, to part ways bitterly. However, as Jorge moved on to a new baby mama, Anfisa channeled all her pain to a fruitful hobby –working out – which allowed her to lose 26 pounds and gain a new job.

With an intention of competing in bikini competitions, 90 Day Fiancé star Anfisa first lost about 15 pounds in six months. After that, Anfisa actually gained a little weight to increase her muscle. “But then I lost more. It took about a year and a half. I wasn’t in a rush.” The 90 Day Fiancé celeb blamed her gain weight on the American diet, writes MensHealth, which came after her immigration to the USA with Jorge. Anfisa claimed she was skinny in Russia from eating home-cooked meals, but, after her relocation, put on 15 to 20 pounds. Anfisa was 146 pounds, but dropped to 120 after reducing her portion sizes and doing cardio, including the treadmill and elliptical five or six times a week.

However, as Anfisa attained her goals and even won three medals in her very first bodybuilding contest, she also showed other changes apart from the sculpted physique. As reported earlier, the 90 Day Fiancé star admitted to getting breast implants. Anfisa, 25, wrote to a curious Instagram follower, “400 cc anatomically shaped moderate projection Natrelle style 410,” about the augmentation she got in Russia. Additionally, Anfisa revealed she gets botox to remove lines from her forehead, a nose job because she had to correct a deviated septum, and also “multiple” lip fillers “back in Russia, but it’s more expensive in the U.S.”

Amidst all the makeovers Anfisa has had since her first 90 Day Fiancé introduction, it can’t be denied that she surely worked hard to improve her look. The many hours Anfisa spends at her gym while also studying hard for her Business Administration degree at UC Irvine are all helping her stay fit as a personal trainer. Anfisa’s gold digger label is almost forgotten, as she’s out there hustling to have all the things Jorge would never give her. Yet, her 90 Day Fiancé ex-husband Jorge, is out there bashing her as he continues to blame Anfisa for his failures in life.

90 Day Fiance: Inside Colt Johnson’s Transformation (Before & After)