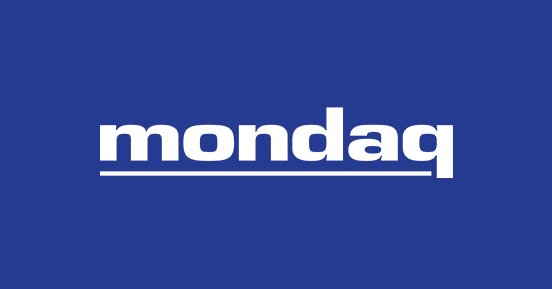 
To print this article, all you need is to be registered or login on Mondaq.com.

In a rare sua sponte action, the Board issued an order
providing notice that the patent owner’s amended claims in an
ongoing PGR may be unpatentable. Galderma S.A. v. Medy-Tox,
Inc., PGR2019-00062, Paper 54 (Feb. 24, 2021). The Board found
that Medy-Tox’s use of the trademark “BOTOX®” in
the only independent claim of its U.S. Patent No. 10,143,728
(“the ‘728 Patent”) provided potential grounds for
finding the claims indefinite.

The underlying PGR began in September 2019 when Galderma filed a
petition challenging the validity of the ‘728 patent, which
generally relates to using an animal-protein-free botulinum toxin
composition, instead of an animal-protein-containing botulinum
toxin composition, to reduce glabellar lines, or face wrinkles. The
‘728 patent claimed that the animal-free toxin had a longer
lasting effect than animal-containing botulinum toxins.

Galderma argued, among other things, that the claims were
unsupported by the written description and lacked enablement under
35 U.S.C. § 112. The Board instituted the PGR, and in its
Patent Owner Response, Medy-Tox moved to amend the claims of the
‘728 patent to address issues raised in the Board’s
Institution Decision. Specifically, Medy-Tox proposed amending the
claims to recite the animal-free toxin was limited to “a
serotype A botulinum toxin” composition. The Board then
provided nonbinding preliminary guidance regarding the proposed
amended claims under the PTAB’s Motion to Amend Pilot
Program.1

Specifically, the Board acknowledged that the specification
contains two examples comparing an animal-free toxin to BOTOX®,
but noted that those examples do not contemplate varying doses and
that BOTOX® is not the only animal-containing toxin available.
These deficiencies, the Board stated in its nonbinding preliminary
guidance, likely support a finding that Medy-Tox’s proposed
amended claims were broader than the support provided in the
specification.

Upon receipt of the revised amended claims, the Board issued the
sua sponte order. The Board’s order notes that
Medy-Tox’s use of a trademark, i.e., BOTOX®, in its claim
language could render the claims indefinite. Although not per
se improper, the Board noted that the use of a trademark in a
claim to identify a particular material or product could render the
claim indefinite under 35 U.S.C. § 112(b), citing MPEP
§ 2173.05(u). The Board further explained that this case
was one of the rare circumstances in which there is a readily
identifiable ground of unpatentability, allowing the Board to
itself provide notice of the issue and allow the parties an
opportunity to address the matter. See Nike, Inc. v.
Adidas AG, 955 F.3d 45, 51 (Fed. Cir. 2020) (holding that the
Board must give parties an appropriate opportunity to respond to
issues raised sua sponte).

The order serves as a reminder that, even when the Board
suggests that a party narrow claims in a particular way during an
AIA trial proceeding, practitioners should pay close attention to
the relevant MPEP guidance governing patent prosecution.

1. More
information on the first year of the PTAB’s Motion to Amend
Pilot Program can be found at
https://www.finnegan.com/en/insights/blogs/america-invents-act/what-does-the-data-tell-us-about-the-ptabs-new-motion-to-amend-pilot-program.html.

The content of this article is intended to provide a general
guide to the subject matter. Specialist advice should be sought
about your specific circumstances.

Trademarks Comparative Guide for the jurisdiction of India, check out our comparative guides section to compare across multiple countries

The decision in GlaxoSmithKline LLC. V Teva Pharms. (976 F.3d 1347 (Fed. Cir. 2020) has caused panic in the generic industry because it has been interpreted…

Shoppers Say This On-Sale Retinol Reduces Wrinkles So Well, People Asked If They Got Botox

What Is Hair Botox?