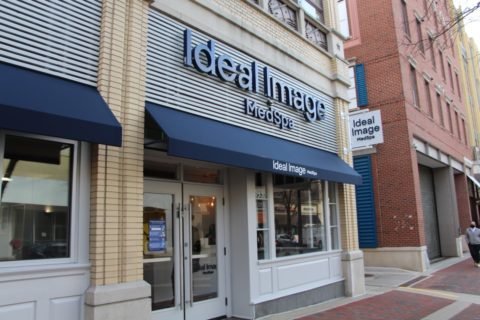 The medical aesthetics spa Ideal Image is opening on Friday in Bethesda Row.

Ideal Image, a medical aesthetics spa, is opening in Bethesda Row at 4930 Elm St. on Friday.

Ideal Image announced in January 2020 that it would move into the Bethesda Row space, which became vacant after the departure of Modern Market Eatery in September 2019.

Employees at the studio were moving equipment into the space last week.

It has multiple rooms with examination chairs for the procedures. Different rooms are used for CoolSculping, laser hair removal and injectables. There is a separate room for consultations.

Ideal image is offering virtual consultations during the COVID-19 pandemic, according to a press release. Additionally, spa workers must go through a health screening, have their temperature checked before starting their shift, and wear masks at all times.

Ideal Image’s Bethesda location is the studio chain’s first in the greater Washington area, according to the press release. Others are planned for Gaithersburg and Fairfax, Va., this spring.

Dan Schere can be reached at [email protected]