BOTOX has become increasingly popular over the years, even in younger women, as some claim it acts as a preventative.

One of those keen for the treatment was 21-year-old Lexie Byers, who decided to get preventative Botox in her forehead.

The TikToker, from the US, also shared she wanted the procedure done as she had heard it could help with headaches.

She had the procedure a week before posting the video and explained: “The place where I bought my Botox had a package deal.

“I’m young and I didn’t need all of the units in my forehead, and I had twenty units left.” 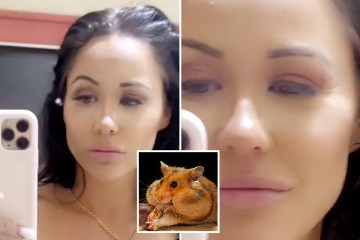 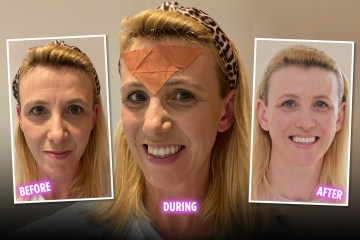 Not being able to share the Botox or save it for a later appointment, she decided she may as well get some of it injected in other spots.

She asked where else she could get it injected and she suggested putting it in her masseter muscle (the jaw) which could help stop people grinding their teeth at night.

She also said it could help your face appear slimmer, so Lexie was sold on the idea, but Lexie was left mortified by the results.

After looking in the mirror to see if her jaw had changed at all, she found it certainly had, just not in the way she expected.

“Now when I clench my jaw I have gills.” She revealed.

She showed the effects of the Botox which come out of the side of her face looking like fish gills.

Lexie said she was “kind of concerned” by the effects, but viewers of the video assured her it would go away.

“I work at a medical spa, that means you need a little more!! Lol that’s not uncommon!!” Another viewer claimed.

A third wrote: “It goes down lol it’s relaxing!”

FABULOUS BINGO: GET A £5 FREE BONUS WITH NO DEPOSIT REQUIRED