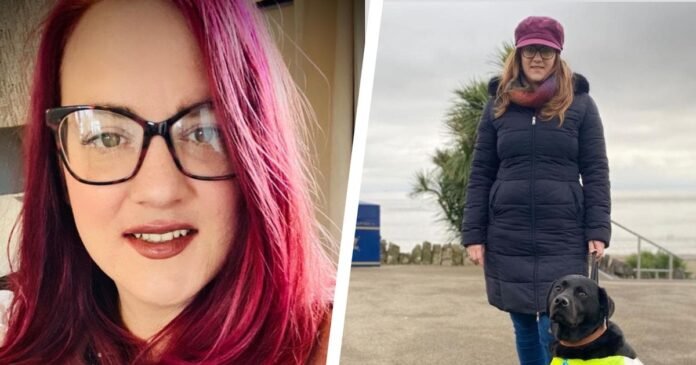 Coronavirus lockdown restrictions appear to be causing a spike in the number of blind people experiencing “distressing” hallucinations.

A condition known as Charles Bonnet syndrome (CBS) develops in people with sight loss when the brain attempts to fill in gaps in visual information with invented images or patterns.

The hallucinations vary from person to person and range from simple lights or patterns to complex images which can often be disturbing.

Over the last 12 months the number of people calling RNIB’s sight loss advice service to report CBS has increased with sharp peaks in calls corresponding with coronavirus restrictions.

Last month the charity said the number of calls about hallucinations increased by more than two-thirds (67%) compared to January 2020 and accounted for more calls than any other condition including common complaints such as cataracts and age-related macular degeneration.

The condition has now sparked interest from the UK’s longest-running soap, Coronation Street, with a storyline showing Weatherfield resident Johnny Connor hallucinating cockroaches, cats, and people. Although his symptoms are caused by sight loss they are initially misidentified as a psychiatric issue.

Kirsty James, 31, from Caerphilly, has been registered blind since she was 13 and said she first experienced an hallucination about a decade ago.

“I looked down and saw a pool of blood around my guide dog. I screamed out ‘my dog’s paws are bleeding’ but when I touched them there was nothing there. I was mortified,” she told BBC Wales.

“I didn’t talk about it for so long. I was ashamed and embarrassed. I had been having hallucinations for a year before I told my husband.

“But it helps to talk about it – makes it less scary.”

Lee Alder, 51, from Cardiff, has been blind since birth due to a condition called Leber’s congenital amaurosis.

He first noticed that he was seeing strange things in front of his eyes in June 2016 and said since then he has not had a single day without an hallucination.

“I see patterns, shapes, and bright lights at nighttime and they have become more intense over the years. In particular my hallucinations have become far more vivid during the coronavirus pandemic,” he said.

“The disease I have means that my eyes are naturally drawn to light. I have no control over this at all. As soon as my eyes open at any time of night they are there. When the lights appear my brain wants to see them and my eyes won’t close.

“I had Botox injections to relax the muscles but it didn’t work. I’m at the point where I want the little remaining vision I have to go away so that the hallucinations will stop.”

The video will auto-play soon8Cancel

Dr Louise Gow, specialist lead for eye health at RNIB, said: “The increase in calls and emails we have received about CBS since lockdown has been dramatic. And the visions that are being reported are much more vivid than usual, which has left many people feeling particularly distressed, describing their hallucinations as ‘out of control’.

“It’s as though the stress and anxiety of coronavirus, and the resulting restrictions, has had an impact on people’s symptoms. Although there is currently no research to confirm such a link it would seem stress and lack of stimulation can increase symptoms.”

Although there is little research into the condition it is widely believed that at least a third of all people with significant sight loss experience these symptoms, meaning that it could affect more than 100,000 people. However it is often under-reported.

To help people with the condition RNIB has launched a new Talk and Support service specifically for people experiencing CBS. Created with CBS specialists Esme’s Umbrella, the service sees small groups of blind and partially-sighted people regularly meet by phone or online for peer support.

Dr Gow added: “With the increase we have seen it is very worrying that awareness of CBS remains low, even among health and care professionals.

“We have heard of several instances where GPs have mistakenly referred patients to mental health services rather than directing them to information about how to cope with CBS and ensuring that they see an eye health professional. If this happens it is possible that the underlying vision issue causing the CBS is not treated and could worsen, resulting in further avoidable sight loss.

“While there is still a lot to learn about the condition it’s more important than ever that health and care professionals are made aware of CBS. There is a range of support and advice available to help people living with the condition. But patients must first be diagnosed appropriately.”

Anyone with sight loss who is experiencing visions or hallucinations – or any sudden change in their sight – should seek immediate help from an eye health professional or contact RNIB’s helpline on 0303 123 9999. For more information visit www.rnib.org.uk.