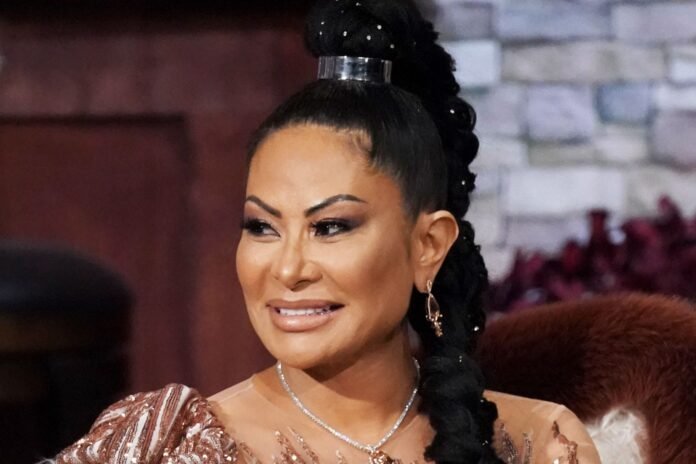 Jen Shah never holds back, and speaking about plastic surgery and cosmetic procedures is no exception. It’s no secret that The Real Housewives of Salt Lake City cast member is a frequent client of Heather Gay’s Med-Spa business, Beauty Lab and Laser, and viewers saw Jen try a few procedures this season. During Part 1 of the Season 1 reunion, Jen Shah opened up about her plastic surgery history, setting the record straight about what work she’s actually had done.

Reading a question from a viewer, Andy Cohen asked Jen “What have you had done, and are you planning on getting work done on your knees still?”

“Yeah, Heather’s created that procedure,” Jen said, while Heather weighed in to note that “it was a collab” between the ladies.

As for Jen’s history?

“I know everybody thinks I’ve done all this stuff to my face. I haven’t had plastic surgery on my face. The only thing I had done to my nose was [my son] Omar broke my nose on accident when he was a baby, he head-butted. So, they went in and they had to fix this right here,” she said, gesturing towards the bridge of her nose. “But trust me, I should have got a nose job, the whole nose. But I have just done fillers and Botox and stuff.”

In a recent interview with Page Six Style, Jen shared her philosophy on cosmetic procedures, and why she believes everyone should be a bit more transparent.

“I wish people would be more open, because I just want to know where to go. Save me 10 bad Botox jobs. Just tell me where to go. ‘Hey, you want an eyebrow lips? You want Botox? You want your lips injected? Here’s where you go.’ I wish somebody would tell me that, because I’ll be honest with you, I didn’t wake up like this,” she said. “It takes a lot to be Jen Shah.”

Want more RHOSLC? New episodes air every Wednesday at 10/9c or catch up on this season through the Bravo app.