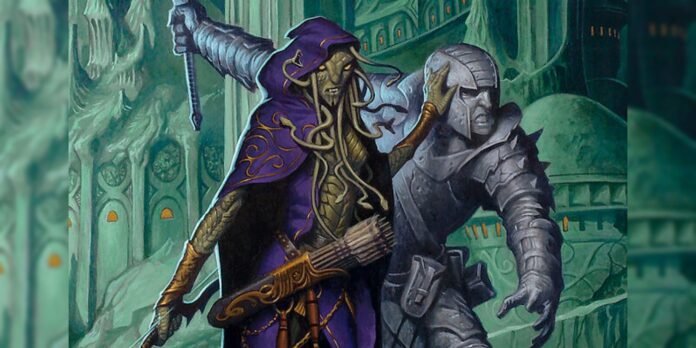 Dungeons & Dragons’ Flesh to Stone spell can be used to create statues, imitate plastic surgery and even warp creatures into fleshy monsters

The Flesh To Stone spell in Dungeons & Dragons 5e appears a little underwhelming, but when combined with a few other spells and class features, it can be used to make enemies into statuary or horrific artwork, to perform fantasy plastic surgery, or even to turn creatures into flesh-warped abominations. These creative and villainous uses of Flesh To Stone are all possible because of the interaction between what D&D classifies as creatures and what it classifies as objects.

Flesh To Stone is a sixth-level spell that forces a targeted creature to start making Constitution saving throws. If the creature fails three saves, it turns turn to stone, and if the spellcaster retains concentration for a full minute, the creature remains petrified permanently until the effect is somehow removed. Importantly, if the creature is broken while in this state, it retains any similar deformities if reverted back to normal.

Related: How To Run A Murder Mystery Tabletop RPG Campaign

At this point, Flesh To Stone is already the perfect spell for a villainous NPC; the target is unaware of its surroundings, does not age, and is effectively a statue, permanently. But it truly becomes nightmarish when combined with some other, often overlooked D&D spells: Mending, Revivify, Gentle Repose, Stone Shape and Greater Restoration.

How D&D’s Spells, Creatures, & Objects Interact With Flesh To Stone

A key part of Flesh To Stone’s monstrous potential comes via one of D&D 5e’s creators, Jeremy Crawford, who confirmed on Twitter that a creature’s corpse is technically an object, no longer a creature. This distinction is key because many of D&D‘s spells work on either creatures or objects, but not both.

Once a target is victim to Flesh To Stone, it is not yet an object, but it becomes one if its petrified form is killed by breaking it in some way. Once that’s done, the target is basically just a broken statue, so the caster can freely carry out any of their grisly plans. For instance, they can cast Mending to repair any damage done, then cast Stone Shape to form it into whatever terrifying D&D monster desired.

The caster could alternatively cast Gentle Repose on the stone corpse, extending the time limit for raising it from the dead to 10 days, then use Mending and Stone Shape again, either carefully reshaping the target’s features like magical plastic surgery or changing its entire form into literally anything that fits within a five-foot cube. After this, casting Revivify will bring it back to life, then Greater Restoration can end the petrification and turn the target from stone back to flesh. Thanks to Flesh To Stone’s rules, the creature should retain any changes to its form that occurred while petrified.

Related: D&D: How DMs Can Let Players Create Their Own Awesome Moments

By 14th level, a Bard of D&D‘s School of Eloquence subclass can acquire all of these spells, either because they already exist on the Bard spell list or through the subclass’ Magical Secrets feature, which lets them take a limited number of spells from any spell list in the game. Especially evil Bards hoping to perform the darker uses of these spells can even persuade unwitting victims extremely easily. The Silver Tongue feature guarantees high Persuasion and Deception rolls, and the Unsettling Words feature can be used to subtract a Bardic Inspiration roll (which, at this level, is a d10) from the target’s saving throws. Combined, these make it more likely for the target to fail its Constitution saves against Flesh To Stone, which is the only point of weakness in pulling off this whole combination.

Such a character would be fantastic as a particularly evil D&D villain for DMs to run; what at first seems to be the work of a genius surgeon and master sculptor providing for the wealthy could turn into a tale of unexplained disappearances and the horrors of unregulated magic, culminating in a final showdown with the mastermind and their fleshy, reshaped abominations. This unholy union of spells is sure to terrify every Dungeons & Dragons player at the table

Next: Dungeons & Dragons: How To Achieve Immortality (Or At Least Come Close)

How Homelander Killed Queen Maeve in the Comics