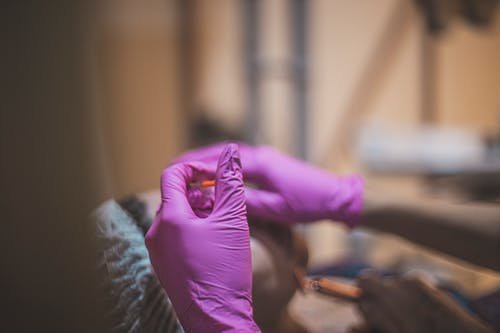 It would be agreed that Botox is a prayer answered for most beauty enthusiasts. It is a drug made to smoothen facial wrinkles and improve one’s general appearance temporarily. Other latent functions would be to treat severe underarm sweating, cervical dystonia, Blepharospasm, Overactive bladder, Chronic migraine and the rest. Botox is a toxin brand made from Clostridium botulinum bacterium. Botox has attained a name for itself, becoming the first injectable botulinum toxin. Botox is not a dermal filter, and so that makes it much different from other wrinkle-reducing treatments. The method is to inject a direct injection into a wrinkle or frown line. This would then make the underlying muscle become temporarily paralyzed. The affected area would begin to smoothen and would stay that way for up to four months.

Botox is indeed one of the most recognized medical cosmetic treatments that do not require plastic surgery, and that’s because it is a necessary treatment for fine lines, wrinkles and furrows. The benefits of Botox are almost outnumbered because injections have become the most preferably used kind of cosmetic nonsurgical treatment procedure. 7,056,255 Botox treatments were recorded in the United States in 2016 alone. Botox is beneficial both to the male and female gender of all ages as it offers both physical and psychological adjustments.

Research has shown that most patients believe that Botox is a treatment injected into them to sort out their ageing issues. This is not very accurate as some other medical benefits of Botox would include correcting drooling or excessive salivation for adults, excessive sweating underarms-palms of hands and soles of feet, multiple sclerosis, multiple spasms in the neck, crossed eyes and the likes of them. Research has also shown that Botox, to an extent, relieves tension by relieving psychological or musculoskeletal stress in the areas that are treated. Treating stress-related ailments with Botox is truly a reality.

In 2010, Botox was approved for adults who get chronic migraines. Some patients with migraine conditions reported that when they took a Botox shot for their wrinkle problems, they noticed their headaches got better. In another research, almost half of the patients who took two shots of Botox had the total number of days where they experienced headaches slashed in half. Botox acts as a roadblock in the pathway where neurotransmitters carry pain signals from the brain. It is advised that these Botox shots should only come from trained doctors who have been specially trained for such treatments.

Another public benefit of Botox is the alleviation of TMJ-caused disorders. People who were diagnosed with TMD (temporomandibular joint dysfunction) or TMJ (temporomandibular joint) are made to understand and experience a lifetime of pain and discomfort. People with TMJ are said to experience insomnia and sleeplessness at night. However, Botox is now known to tackle these symptoms. Most doctors inject Botox in the jaw muscle as well as the temple and forehead. Patients do not usually experience immediate relief, but it occurs gradually after some days.

Botox Cosmetic Takes The Years Off

Most aged adults love a product that takes their years off- making them look young and sexy again. Many people use Botox to aim at moderate to severe smile lines, frown lines, crow’s feet and forehead lines. One fact being that those observed pesky lines can be caused by a loss of elasticity, dehydrated skin, genetics, collagen, and presumptuously sun damage. As frown or smile lines are made more visible over the years, a panacea to these is Botox cosmetics.

Getting Botox injected takes only a few minutes. The patient wouldn’t need any sleeping dose. The doctor or provider injects the Botox into the specified and affected muscle, and this would cause minor discomfort. For the patient to begin to notice its effects, it would take between 7-14 days. Professionals advise that the patient have to keep away from alcohol for about a week to the procedure and avoid aspirin and anti-inflammatory medications for two weeks to prevent bruising. It is also advised that once the Botox shot is taken, the patient is to avoid rubbing the injected area so the Botox doesn’t spread to other sites. The patient would also be required to lessen any form of activity for the next 24 hours.

There are three types of Botulinum Toxins, and they include: