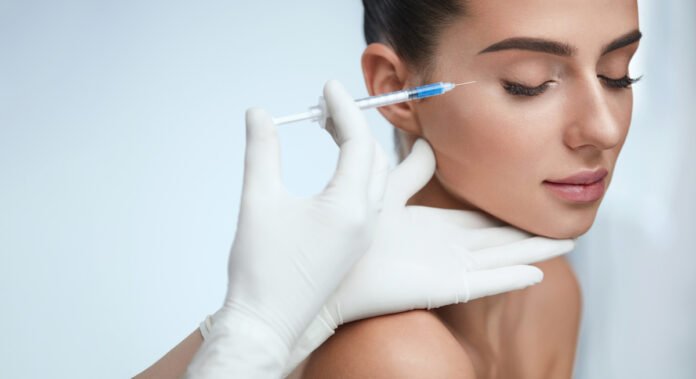 Where do celebrities, ageing models, ladies who lunch and an ever-increasing contingent of men in Hong Kong get their non-invasive cosmetic procedures done? We asked. They answered. Anonymously

When reality-TV star Kelly Osbourne (the most vocal child of Sharon and Ozzy) revealed her new “look” to her 2.4 million Instagram followers early this summer, the world took pause and note. The peanut gallery called out her dramatic physical transformation, the purple hair being the least of the twitteratis’ concerns – to pilfer one quote, it looked as if she’d had a “God-damned head-transplant”.

There were indeed many changes to the once-cherubic reality-TV star, from the razor-sharp cut of her jawline to the marmoreal polish of her alabaster forehead, and the voluminous lower lip to the perpetually perched eyebrow. This was clearly not the relatable girl that a generation grew up watching on
MTV’s The Osbournes between 2002 and 2005.

In answer to her critics, she released the following statement: “I have never done anything to my face … other than a couple of injections in my lips, in my jaw, and in my forehead.” Although technically she didn’t lie on a slab and get wheeled into surgery, the popular Instagram account @cosmeticdocs broke it down: a lip filler, masseter botox, forehead botox. Her dramatic weight loss is a result of her 2018 gastric sleeve, to which she’s admitted. Observers also point to possible derma fillers, lip enhancement, silicone lip fillers, facial contouring and perhaps restylane fillers on the crevice of the cheek. And the cost? Roughly upper-five to six figures.

We sent smoke-signals to a dozen local socialites to find out whether they were eating what Osbourne was serving up. No one was prepared to go on the record, but we did find out much more of what lies beneath … the epidermis.

Gone are the days when cosmetic surgery was frowned upon – though some couldn’t frown if they tried – as non- surgical, non-invasive and non-life- threatening procedures are now a dime-a-dozen. But with flights to Korea, Thailand, Paris, the Philippines and other cosmeceutical capitals grounded, where are the “swans” (as Truman Capote termed socialites) getting their long necks, er, spruced, refreshed or revived?

Now we know that Dr Vicki Belo in Manila has been a favourite of many a bold-faced name from our party pages, and in Central, many swear by dermatologist Dr Henry Chan. Both provide a multitude of services including “cool sculpting”, a treatment that freezes the fat away.

Dr Stephen Chan at Lifeclinic on Wellington Street is a favourite of others, while Carrie (Carrey Cheung) at Careyou Beauty in Landmark is more like a friend to many of the well- manicured. In 2008, she introduced Korean semi-permanent 3D eyebrow with manual hair-stroke embroidery technique and invisible eyeliner into the social fabric of Hong Kong.

Thermage and Profhilo does wonders for many, freezing the ebbs and flows of time. The sub-dermal moisture treatment lasts for a good six months before you’ll need a quick touch-up. Dr Nicola Chan at Millennium Dermatology and Laser Centre, a specialist in dermatology, does Profhilo really well apparently. Just as Botox was the buzzword of the season a decade ago, Profhilo is currently the most- talked-about nonsurgical treatment, as it’s said to significantly reduce skin laxity and make it taut yet supple.

Just before charity balls and gala affairs, many a socialite pops in for a quick fixer-upper at LifeHub, trying the ever-popular Skin Glow IV. This drip contains a potent antioxidant that’s designed to achieve luminous, glowing and healthy-looking skin. Painless and efficient.

For those squeamish about needles, there are simpler perks and plucks. One of our favourite socialites swears by Novolash on Lyndhurst Terrace, while Sense of Touch has many non-invasive beautifying procedures available in its remaining branches (a handful of them closed during the pandemic).

For brow lamination, grab an Uber and head to How Brow You in the depths of Cheung Sha Wan, while microblading, lash lifts and extensions can all be done at Lash Artist on D’Aguilar Street. Time was that Hong Kongers made an annual visit to Brussels or Marrakesh, where they checked in at Estheclinic. Its highly advanced treatments covered anything from permanent hair removal, anti-ageing, skin rejuvenation and body contouring, to the removal of cellulite, acne and stretch marks removal. However, there are now two branches in Hong Kong, one on Lyndhurst Terrace and the other in Sai Ying Pun.

Many in the social circuit head to Perfect Medical – it has 12 outposts around Hong Kong – for a variety of reasons that range from the permanent removal of dark spots permanently removed to body re-sculpturing.

Ever the proponent of constant touch-ups, comedian Joan Rivers famously said her grandson called her “Nana new-face”, which reminds us of NUFace, which provides a wide array of gadgets and serums as part of a daily skincare routine. There’s range of products by ZIIP – gold, silver and crystal gels that can embalm your physiognomy for a party, if not posterity.

As we go to print, you probably won’t be landing in Seoul anytime soon, but you can order from Korea the ever-popular Cellreturn face masks to manage pigmentation, which are popular with both men and women. Those with receding hairlines, meanwhile, can order a Hairmax LED comb that promotes both growth and fullness.

Now we aren’t ones to judge what anyone chooses to do when it comes to self-care and -improvement. After all, as 75-year-old (“but parts of me are 20”) Cher famously said, “If I chose to have my ass back to front, it’s nobody’s business but mine.” To which we can only add, hear, hear!