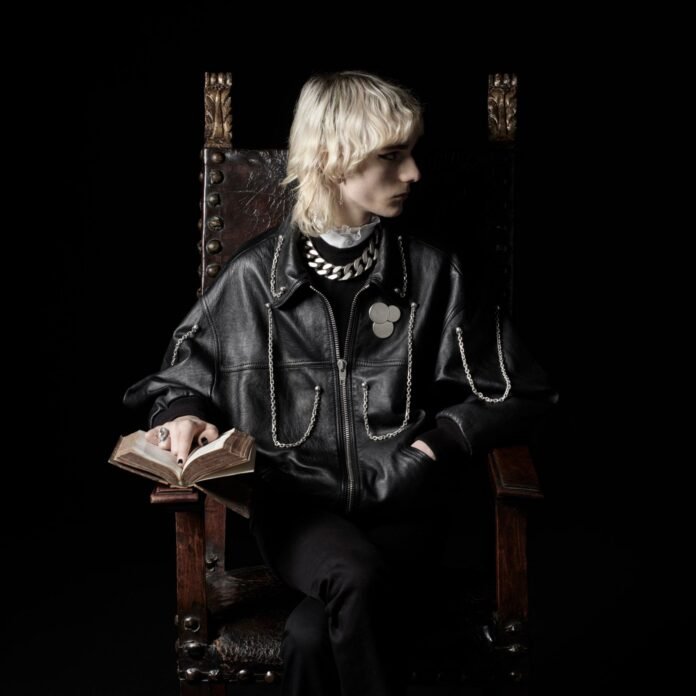 It’s time to lean in like we’re in a 1984 perfume ad, gaze at Celine’s eternally youthful clothes, and ask: what is Hedi’s secret?

At Celine, Hedi Slimane has made a habit of pulling off old-fashioned industry tricks that most designers simply don’t have in their arsenal anymore. Remember when he staged that 111-look runway show for Fall 2020 that went on for over 20 minutes, like Yves Saint Laurent used to do? (The typical contemporary fashion show has 40-60 looks, and lasts about 12 minutes.) His models are not celebrities but real industry types—you’ll never see him put some Instagram superstar in a show or campaign, nor does he chase the cycle of newsworthy celebutantes that every other fashion brand is after. His models are all extremely young and extremely thin, selling a very ’90s French fashion dream. And his clothes, even when they are party dresses or the perfect suit—and especially, oddly, when they have been conservative, bourgeois stuff—somehow seem to make people angry. It happened again when he did an about-face last year with his Dancing Kid collection, a totally insane offering of TikTok clothes. Suddenly, the hf twitter stans and even thirty-somethings were talking like little John Fairchild minions: how dare he?!

These are all the things that big fashion houses used to be built on, but now major designers rely on celebrities, influencers, and consultant-approved strategies, like content creation and ambitious if wacky creative projects, to expand their empires. And as fashion has increasingly become about everything but the clothes, these signs of old-school fashion credibility, or propriety, mostly disappeared. But for Slimane, it’s always about the clothes. It’s always about the fashion.

The fashion system still works for Slimane. Indeed, it’s a well-oiled machine. Ahead of his Fall 2021 fall collection, which debuted on Monday morning, it was easy enough to wonder, as many observers did, What’s this one going to look like?! Will it be bourgeois, or TikTok craziness? How do you keep evolving a look that’s someone else—teenagers, at that—invented? No other designer inspires this ire, or excitement.

Teen Knight Poem, as the collection was called, was a little softer than spring’s Dancing Kid—the viral dancer’s goth cousin who dreams up some kind of supersad version of the Bussit Challenge staged to a chopped and screwed remix of The Cure’s “Lovesong.” The show was shot at Chambord—home to that famous staircase that wraps around itself like a double helix, but also the ’70s interlocking Celine logo that Slimane brought back when he started with the brand. The music was not New Romantic—it was, as the press release noted, “nouveau romantic,” and the score a spoken word poem read over a French military march. Teen models rode on horseback towards the chateau in big leather jackets and vests covered in studs, then tramped around the roof in pie crust collar shirts under hoodies and jean jackets and vests, with fluffy fur bags slung over their shoulders, checkered derbies on their feet, and, of course, the perfect trouser on their legs. My favorite silhouette was a juicy layering of slightly weather-inappropriate outerwear on the top, with skinny leather leggings, and huge! fur! boots! Slimane, who is intentional in every single way, had the models stuff their hands into the pockets of the second or even third interior layer, as he has for the past few collections; it gives you a great look at all the outerwear options you might have as a Celine customer come September.

The funny thing about all the fuss over Slimane is that his clothing is probably the most intelligently merchandised stuff on the planet. He is making clothes to sell them, proving with every one of his choices why you need them. The approach isn’t empathetic like Prada or The Row (whose feeling for their customers probably comes from the fact that the designers are female), but it’s considerate. Here’s what I mean: yes, teenagers get dressed by putting a turtleneck under a sweater, a hoodie, a jean jacket, and a leather jacket. But this manner of styling also shows product perfectly.

The result is that the runway dream is perfectly in line with what’s in store. (Because he doesn’t do wholesale—save for a few pieces at Mr. Porter—Slimane can have that kind of control.) When you go into a Celine shop, or look at the brand’s e-commerce, you see something so clear and intelligent it might make you mad at other big fashion brands: a few perfect blazers, a leather motorcycle jacket, a leather blouson, a suede trucker jacket, and so on. All the pants are just right. The loafers, sneakers, and boots are just the kind you’re looking for when you don’t know what you’re looking for. Slimane is actually thinking about someone going into a store to buy clothing. What might they want? It’s a much more sophisticated undertaking than, “I guess people are buying sweatpants.” He’s truly creating a wardrobe.

So how does Slimane still pull this off? There are a lot of contributing factors—money is a big one—but his biggest advantage may be the way he simply understands that fashion is about desire. Remember desire? Remember just really wanting something? I think Slimane knows that rich people, maybe more than anyone else in the world, just want to look young. Some people believe his obsession with youth is cynical—he’s a designer in his 50s, making clothing about people who were barely alive when his predecessor, Phoebe Philo, made the brand a household name. But he knows the approach is nostalgic—as the press notes stated, Slimane visited Chambord as a teen, which surely signals some lost longing for youth. And more than anything, a man in his 40s, 50s, and 60s—the people who are really buying Celine, if my recent visits to the store are anything to go by—want to look young! They don’t feel goofy wearing a motorcycle jacket or skateboard trousers—and what’s more, they don’t look it. The pieces may be spiffily shown on the runway by those pink-haired, unicorn earringed-models, but take them apart and you find hip, wearable clothing.

It helps, of course, that the whole TikTok fashion style started with the guys who are now Celine’s primary customers—they were the men who, in the late 80s and early 90s, started mixing plaids, leathers, studs, and so on, which flowed to the east, was remixed by Korean and Chinese teenagers, and then traveled back to Gen Zers. Slimane is feeding back to them their dream in the world’s finest materials. At last: the fountain of youth! It’s the fashion equivalent of Botox—and there’s absolutely nothing cynical about it. It is, yes, nouveau romantique. After all, everyone feels better after getting a little work done.