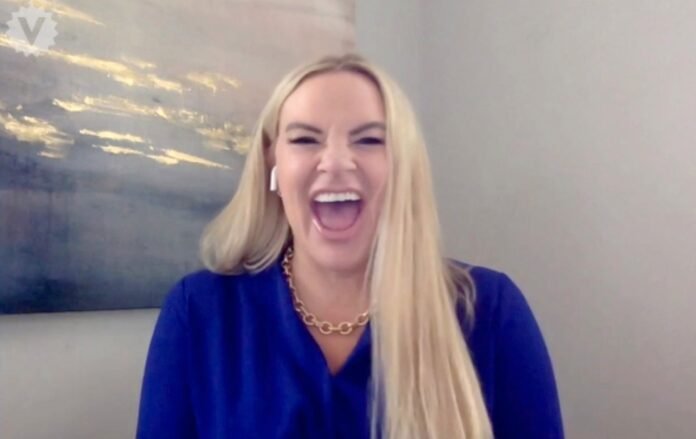 After a painful divorce and difficult upbringing, Real Housewives of Salt Lake City star Heather Gay has done incredibly well for herself and has rebuilt her life as a successful businesswoman.

Born into a strict Mormon family, Heather focussed all of her energy on being a good Mormon, wife and mother to her children, without focussing on herself. However, since breaking away from her old lifestyle and divorcing her former husband, heather has become a successful entrepreneur and with that has managed to rack up a pretty penny.

According to Meaww, Heather Gay’s net worth has been estimated to be $1.7 million. Yes, Heather became a household name thanks to her stint on the bravo show, however, the reality TV star has made most of her fortune through her own hard work.

Most of her fortune is thanks to her business venture- Beauty Lab + Laser, a medspa that claims to provide “the best Lip injections in Utah.”

Despite the pandemic, Heather’s business has done nothing but thrive since its launch and she even had a party on the show to celebrate its success.

And successful it must be! As in a recently aired episode of ‘RHOSLC’, we saw heather gifting her business partner a car. She explained that it was just a small token of appreciation and gratitude for everything that she did for the Beauty Lab business.

Beauty Lab does everything from lip injections to facials, to vitamin boost shots and Botox – and it’s safe to say that it is very popular. On the website, Heather is described as the “heart and soul of Beauty Lab.” The official website also says:

What initially started as running a plastic surgeon’s Instagram, turned into Beauty Lab as we all know it. If it’s smart, funny, or cool, it’s because of Heather.

Heather’s business provides a wide range of services from a basic vitamin B12 shot to a butt lift. The services are priced from $12 to $6000 based on what is chosen by the client.

The reviews speak for themselves, one person on the website said, “it’s amazing! The girls are so gentle and you can really tell they care about their work. Hilary is a rare find. She knows what she is doing.”

The Housewives on Salt Lake appear to live the most glamorous of lives, but which of these ladies ranks on top in wealth? According to The Cinemaholic, this is the order.

Mary Cosby and Lisa Barlow are joint at the top with estimated net worths of $5 million. Lisa is the owner of a hugely successful tequila brand, Vida, as well as a marketing company called Luxe. Mary got her fortune through her family as she inherited their empire, including churches, restaurants, several homes, and other businesses.

Whitney Rose is next with a net worth of $3 million, making her money through being an entrepreneur and owner of the skincare line Iris+Beau.

Jen Shah is on a similar amount to Whitney with an average of $3 million. However, this can’t be confirmed as of recently due to the scandal surrounding her supposed money laundering. Jen’s wealth was presumably derived from her various business and marketing endeavors, though all of that has now been called into question due to her legal woes.

Jennie Nguyen has a net worth of $3 million as well. Her fortune is attributed to her career as a Salt Lake City businesswoman, formerly owning a medical spa company.