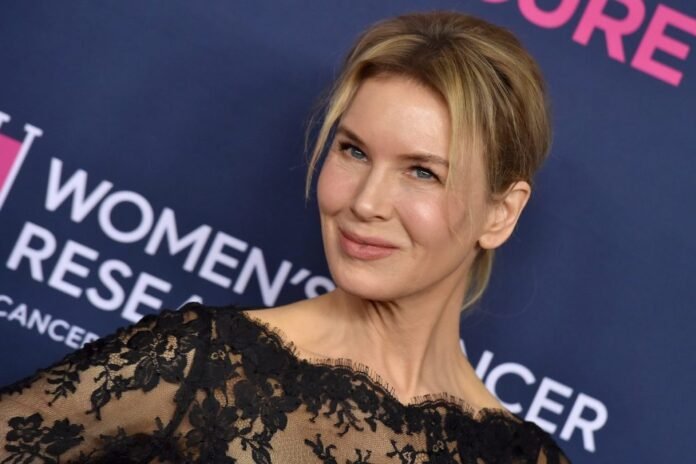 It isn’t unheard of for celebrities to get injectables/surgery, especially considering the pressure the industry puts on having a perfect appearance.

In light of some seemingly ‘unrecognizable changes,’ Renee Zellweger was once targeted with accusations that it wasn’t due to any natural reasons. In fact, fans and the media were quick to say she went under the knife.

However, Zellweger took the accusations seriously and clapped back amidst the chatter, pointing out ‘society’s fixation on physicality.’ Do you agree with her statement?

Renee Zellweger was a Hollywood sensation in the ’90s

Mostly known for her roles as the ditzy Bridget in Bridget Jones Diary and single mom Dorothy Boyd in Jerry Maguire, Zellweger was captivating fans in her ’90s films and performances. She was a skilled actor who could really bring her fictitious characters to life with a little bit of Zellweger sass and charm.

IMDb reports 53 award wins and 109 nominations, with the majority being ‘Best Actress’ and ‘Favorite Actress’ in the title. No surprise there!

RELATED: Renée Zellweger Net Worth and Why She Feels Like an Imposter

Unfortunately, Zellweger stopped acting after a few poorly-received performances in 2010 and sought help for her struggles with depression. She didn’t feel like she was taking care of herself anymore and needed to walk away from her acting career to work through her issues.

Some accusations were made about whether she has had plastic surgery

Rumors and accusations started circulating in 2014 when Zellweger attended ELLE’s 21st Annual Women in Hollywood with fewer wrinkles, wider eyes, and puffy cheeks. The internet went crazy with side by side photos circling the differences and pointing to ‘evidence’ of her going under the knife.

The rumors started to really get hurtful when it became fun and trendy for social media users to do ‘before and after’ pictures with the after being an older man with no real similarities to her appearance.

“Nothing like international humiliation to set your perspective right!” Vulture reports Zellweger saying. “[There was an] implication that I somehow needed to change what was going on because it wasn’t working. That makes me sad. I don’t look at beauty in that way. And I don’t think of myself in that way. I like my weird quirkiness, my off-kilter mix of things. It enables me to do what I do. I don’t want to be something else.”

Renee Zellweger responded to the accusations

RELATED: Will Renée Zellweger Make a Glorious Comeback or Flop on Her Way Back to the Top?

Despite fans saying she ‘looked unrecognizable,’ Zellweger stands strong with her denial in ever altering her appearance in any way. In fact, she points out it isn’t anybody’s business and an unsettling example of how the media fixates on beauty and appearances.

“Not that it’s anyone’s business, but I did not make a decision to alter my face and have surgery on my eyes,” Zellweger wrote in a HuffPost op-ed. “This fact is of no true import to anyone at all, but that the possibility alone was discussed among respected journalists and became a public conversation is a disconcerting illustration of news/entertainment confusion and society’s fixation on physicality.”

Zellweger isn’t wrong in pointing out the problems with the media and society creating unrealistic expectations while fixating on appearances in an unhealthy way. In all honesty, a person getting plastic surgery isn’t everyone’s business but their own. If they feel good about the changes, why not let them feel good about themselves instead of criticizing their chooses?