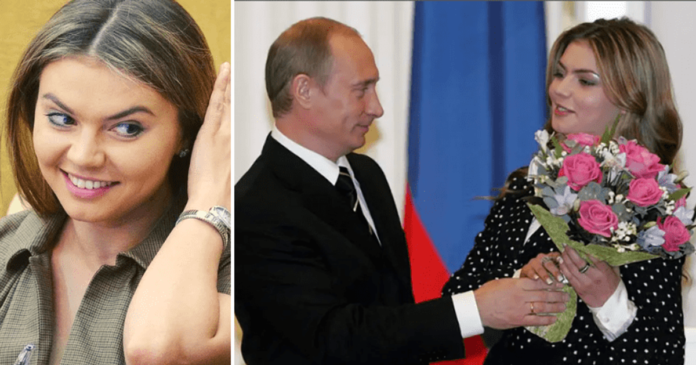 Vladimir Putin’s alleged secret wife has dramatically reappeared with a “new look” after concerns about her well-being emerged as she was wiped off her media empire’s website.

38-year-old Alina Kabaeva, an Olympic gold medalist, was spotted at a junior rhythmic gymnastics rehearsal in Moscow. Photos placed her at the city’s VTB Arena this week ahead of the annual Alina Festival charitable event slated for Saturday, April 22. Meanwhile, her sensational return sparked speculation that she had undergone some form of plastic surgery using the same cosmetic surgeon as Putin.

Who is Victoria Lopyreva? Former Miss Russia is Putin’s FAVORITE girl and a Manchester United fan

According to the Daily Star, the Russian Cosmopolitan noted how “something has really changed in Kabaeva’s face” and that “the legendary athlete was noticeably prettier.” The magazine, which did not directly link her to Putin, added, “Alina Kabaeva is one of the most mysterious and secretive women in our country. The gymnast almost never appears in public, does not [appear in] social networks, and it is not possible to accidentally see her on the street or in shopping centers.”

Kabaeva’s festival will reportedly be broadcast on national television on the eve of Russia’s Victory Day commemoration on May 9, marking the end of the Second World War. Some believe Putin will use the event to declare some kind of victory in Ukraine, possibly claiming he has successfully seized the Donbas region for Russia. Kabaeva, unlike Putin’s daughters Maria and Katerina, has avoided Western sanctions despite controlling a considerable segment of pro-Kremlin media.

Jailed opposition leader Alexei Navalny has called for more action against Kremlin’s “propaganda media.” Navalny specifically mentioned Kabaeva’s TV and newspaper group, arguing that it was likely owned by the Russian president. It’s worth noting that the network’s average annual salary is $7,320, while Kabaeva was said to be making more than $10 million a year.

Posting from jail, Navalny wrote, “I want to remind you that the National Media Group, which owns the lion’s share of this apparatus of lies, undoubtedly belongs to Putin personally, and as such is even formally headed by Putin’s mistress Alina Kabaeva.” The former rhythmic gymnast had been serving as chairman of the board since 2014 despite having no prior experience in media or business. “Propagandists create a public opinion that no longer simply allows Putin to commit war crimes, but requires them from him,” Navalny added. “Warmongers should be treated like war criminals.”

Kabaeva has maintained a low profile since Putin invaded Ukraine, but her media empire has been openly cheering Putin’s war. In December, she was caught in a video dancing in Moscow. Now, there are rumors that she and her supposed secret family with the Russian strongman are hiding either in Switzerland or in a nuclear-grade bunker in the Urals, Arctic, or Siberia. In the meantime, a growing petition for her to be thrown out by Swiss authorities had garnered nearly 74,000 signatures at the time of publication. “It’s time you reunite Eva Braun with her Führer,” the petition demands.

Kabaeva was first romantically linked to Putin in 2008 when she was a pro-Kremlin MP. According to the Sun, the newspaper that first published the story was immediately shut down. In 2013, Putin announced his divorce from his wife Lyudmila, a former Aeroflot stewardess. “I have a private life in which I do not permit interference. It must be respected,” he has previously told reporters asking about his love life, adding that he detested “those who with their snotty noses and erotic fantasies prowl into others’ lives.” On the other hand, Kabaeva once said she had met a mystery man who “I love very much,” notably adding, “Sometimes you feel so happy that you even feel scared.”

While there have been several reports of the decorated gymnast flaunting a wedding ring, there are no records of a registered marriage. Nonetheless, she is known to have a fleet of Maybach limousines at her disposal and has been spotted surrounded by an elite squad of machine-gun-toting security guards on visits to a Moscow cafe, indicating she enjoys state-level security. Once dubbed Russia’s most eligible woman, her only other suitor was a married Georgian policeman David Museliani, to whom she got engaged in 2004. However, that relationship fizzled out in 2005. Having said that, many Russians believe Kabaeva is the reason for the breakup of Putin’s marriage with ex-first lady Lyudmila, 63, who is the mother of his two daughters Mariya Putina and Katerina Tikhonova.