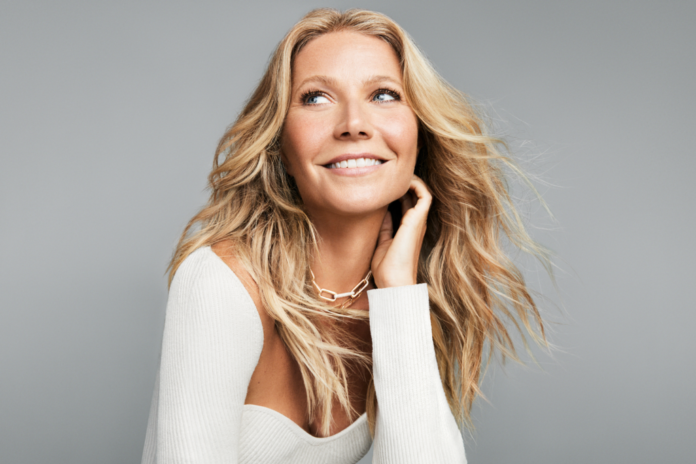 When Gwyneth Paltrow recommends something, the world listens. And now, the 47-year-old has announced her first-ever medical aesthetics partnership with Xeomin injectable treatment.

“I have never been a big ‘injections person,’” Paltrow told us exclusively. “Right before my 40th birthday, I had a midlife crisis and did a BIG anti-aging situation. It was too much and it was terrible—I can only describe it as shocking. Since then, I’ve been kind of wary about getting these treatments.”

“I looked tired and I asked him what I could do,” she recalls. “He, very honestly, told me I was getting frown lines and that he recommended Xeomin. He did a teeny drop and it was fantastic.”

Paltrow says twice-a-year treatments of the FDA-approved anti-wrinkle injection, in conjunction with all her “good skin-care stuff, including exfoliating and hydrating” and her healthy-eating routine, is the anti-aging formula that she has found works for her.

“It’s a really good beauty tip and that’s what I do—I share what I like on Goop and that’s what this is about. I’m a less-is-more girl and this is what works for me. It’s so particular to every person and I would never be prescriptive about it, but, [if you’re considering any kind of aesthetics treatment], there’s so much research out there, or you can call your doctor and ask questions. Different things work for different people at different times and education is key.”

Part of the new campaign, which was announced today, also encourages women to “give themselves the permission to do whatever they want to do in order to feel good.”

“For me, the definition of self-care is doing something that makes you feel better. That could be an aesthetics treatment, taking a long walk, listening to a podcast, getting a massage, or giving yourself a facial,” Paltrow says. “It’s taking that time to do something for yourself.”

The self-care moment is something Dr. Few points to as a “trend” at his practices. “People want to look their bests—and they want it for them, not anyone else. There’s definitely been a shift in patients simply wanting to look good in their own skin. They tell me they don’t feel angry or tired and they don’t want to look that way. Xeomin is an option that grows the ‘proverbial pie’ of offerings to anyone who is interested in pursuing that. Everyone spending so much time video-conferencing has also certainly ‘turbo-charged’ the interest in aesthetic treatments.”

Likewise, Paltrow points to the “Zoom Boom” as forcing her to edit her beauty routine.

“I don’t really wear makeup now, but I’ve gotten much better about hydrating my skin because we work on Zoom all day. I’ll take one look and go exfoliate or put on a good serum or a moisturizer. I’ve also gotten better about using hair masks—all the beauty things we never seemed to have time for before.”