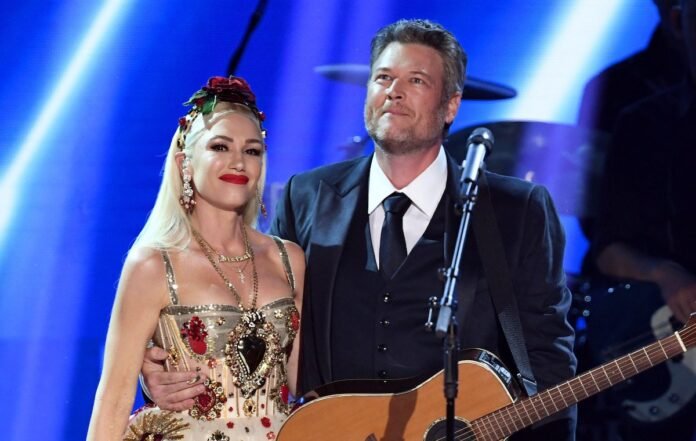 Gwen Stefani and Blake Shelton are still in the honeymoon phase of their marriage, but there may be trouble in paradise. Every week, another tabloid stokes rumors of arguments over everything under the sun. Here are some of the latest stories Gossip Cop has heard about the Voice stars.

Too Much Plastic Surgery

According to the National Enquirer, Stefani’s friends were begging her to quit plastic surgery. An insider explained, “She can’t even move her face and her smile looks distorted because of all the filler!” Even Shelton was apparently beginning to notice a problem and was urging Stefani to lay off surgery for a while. A source concluded, “No one would fault her for trying to look young and hop, but she’s getting more and more freakish looking!”

This was a transparent attack on Stefani’s looks; neither Shelton nor friends of the singer would ever talk to an outlet as crummy as this. The embarrassing tabloid just wanted to throw out some potshots, but there was no truth to it. Stefani can freely move her face around as always, so the story was false.

The Globe announced Shelton needed to desperately lose weight to please Stefani. Shelton is bubbling around 300 pounds, an insider said, and Stefani is fed up. The source explains, “Before they got married last summer, Blake threw himself into getting fit and he dropped nearly 50 pounds but he’s gained that back, plus a bunch more.” She’s disgusted by him and is begging him to clean up his act or else, they warned.

Just as the Enquirer wanted to attack Stefani’s face, the Globe simply wanted to attack Shelton’s gut. Shelton looks the same now, dad bod and all, as he did when he won Sexiest Man Alive. She obviously wouldn’t have married him if she was disgusted by his body, so the story had no leg to stand on.

The Enquirer was at it again last week when it announced Stefani was sending signals Shelton’s way. She appeared on Jimmy Kimmel Live! and comically noted her wedding ring was forgotten. A source said it was no laughing matter: “Blake got the message that the wedding ring, and everything else, could go away.” The snitch said Stefani wanted Shelton to lose weight and cancel his secret nationwide tour plans with ex-wife Miranda Lambert.

The outlet seriously acted like no one would notice the absence of the ring. If she hadn’t called attention to it, there’s no doubt this very outlet would claim they were getting divorced. This story is just preposterous. Stefani’s story was meant to get a laugh, not warn her husband to lose weight. There’s also no way he and Lambert would ever tour again, so nothing added up.