Memuna Malik, the Ghanaian lady who got disfigured after suffering an acid attack in Saudi Arabia, has undergone the first phase of plastic surgery at the Korle Bu Teaching Hospital in Accra.

Menuna’s story flooded the online space in May 2020, when she narrated her ordeal to Crime Check Foundation, a crime advocacy group in Ghana.

According to her, she traveled to the Asian nation as a domestic worker when she suffered the attack in a case of mistaken identity.

She narrated that she had gone to braid her hair with a friend named Rabi when another lady known as Salomey entered and poured acid on her.

According to her, Salomey and Rabi were having a disagreement and the acid was meant for Rabi but unfortunately, it poured on her.

“As Rabi was braiding my hair, she stopped to go and eat. As she was eating, we heard a knock on her door and she asked me to help her open it. As soon as I opened the door, all I saw was someone pushed me and poured a substance on me. That was my end.

“I had to come back home [Ghana], because I couldn’t see anything, not to talk of going to work to cater for myself. Rabi too visited me only twice and never visited again. I returned to Ghana without a pin. Here I am without even a pesewa to go to the hospital because I still feel pains and sick always. I’d rather die than to live this painful life,” she sadly told Crime Check Foundation at the time.

Memuna who was completely disfigured and in constant pain pleaded for help to undergo surgery. 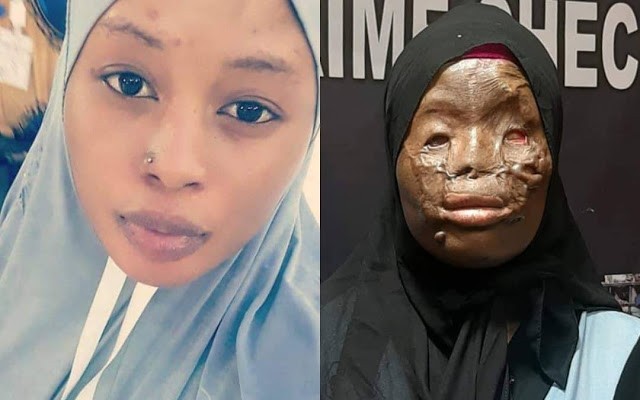 Memuna Malik before and after the acid burns

About 10 months later, the Chief Executive Officer (CEO) of the Foundation, Mr. Ibrahim Oppong Kwarteng, is up with a transformational story about Memuna.

According to him, Memuna has completed the first phase of the plastic surgery adding that, her nose which had become flat has been lifted up by the surgeons.

“By the grace of God, our dear sister, Memuna who returned from Saudi Arabia with severe acid burns has undergone the first phase of plastic surgery at the Korle-Bu Teaching hospital. Her nose which was flattened as a result of the burns has now been raised allowing her to breathe properly.” He wrote on Facebook, adding that “We will update you when the next phase of her surgery takes place. Many thanks to all those who contributed to the surgery. May the Almighty God richly bless you all.” 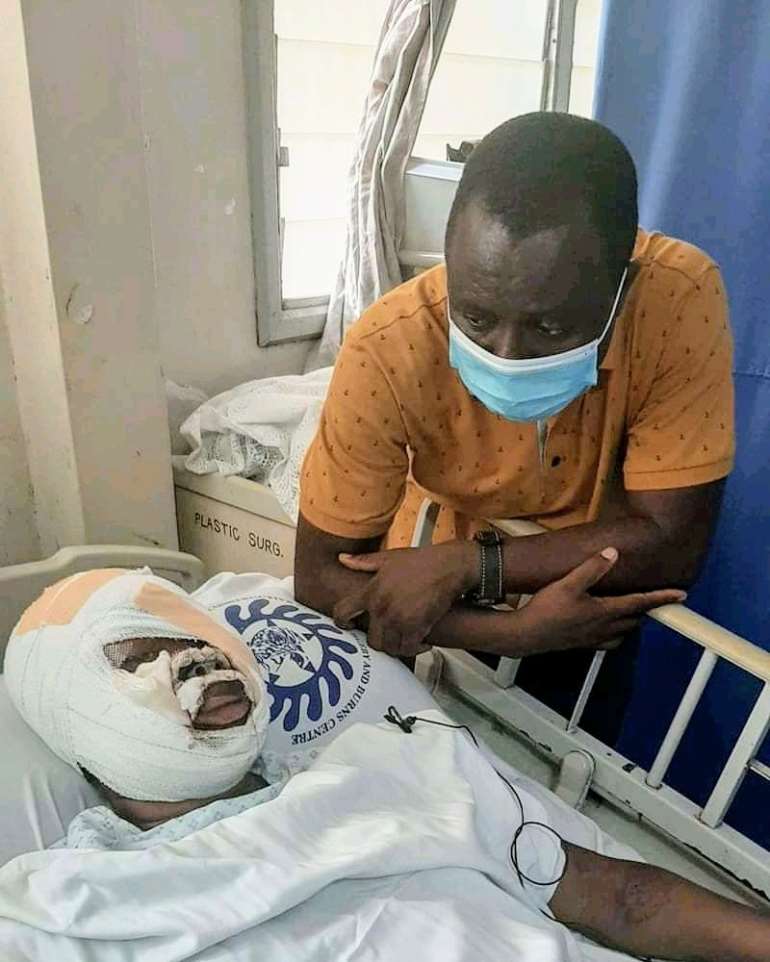