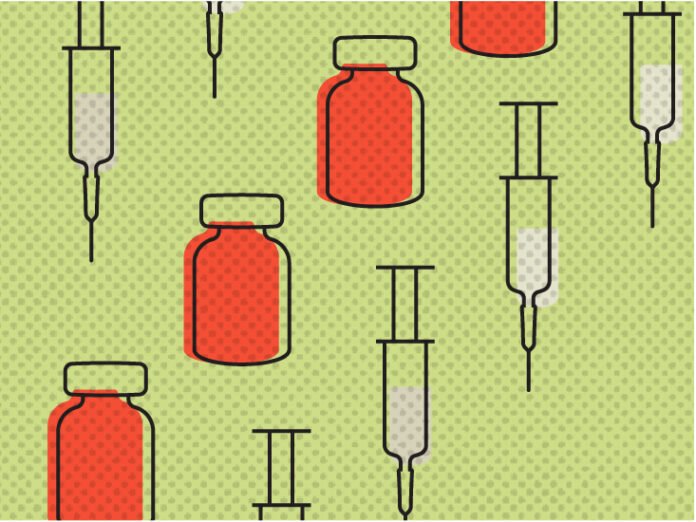 Botox (onabotulinumtoxinA) is a prescription brand-name medication. It’s approved by the Food and Drug Administration (FDA) to treat cervical dystonia in adults. This movement disorder causes involuntary muscle spasms in the neck. You may also hear it referred to as “spasmodic torticollis.”

Here are the basics on Botox:

Read on for more information on Botox and its use in treating cervical dystonia. You can also refer to this article for a comprehensive look at Botox, as the drug is approved to treat several other conditions.

The use of Botox for cervical dystonia* may cause mild or serious side effects. The lists below include some of the main side effects that may occur while using Botox for this purpose. To learn about other possible side effects of the drug, talk with your doctor or pharmacist. You can also see our comprehensive article on Botox or refer to Botox’s medication guide.

Note: The Food and Drug Administration (FDA) tracks and reviews side effects of drugs it has approved. If you would like to notify the FDA about a side effect you’ve had with Botox, you can do so through MedWatch.

* Botox is approved to treat other conditions as well. It’s important to note that side effects of Botox may differ depending on the condition it’s being used to treat.

Like other medications, Botox injections can cause mild side effects. These side effects may be temporary, lasting a few days or weeks. But if they last for a longer time, or if they bother you or become severe, it’s important to talk with your doctor or pharmacist.

Mild side effects of Botox injections for cervical dystonia can include:

Note: After receiving Botox injections, watch for muscle weakness or loss of strength, dizziness, or vision problems. These side effects can occur hours, days, or weeks after receiving Botox treatment. If you experience them, you shouldn’t operate a car or machinery or participate in dangerous activities. Talk with your doctor so that they can evaluate your symptoms. They can also recommend other do’s and don’ts after receiving Botox.

Serious side effects from Botox injections can include:

* Botox has a boxed warning for this side effect. For more information, see the section titled “Before receiving Botox” below.

Here are some frequently asked questions about using Botox to treat cervical dystonia.

It’s unlikely. In a clinical trial, worsening cervical dystonia wasn’t reported as a side effect.

However, between Botox injections, you may notice cervical dystonia symptoms coming back, especially the longer it is from your last dose.

If Botox injections don’t seem to be easing your cervical dystonia symptoms, talk with your doctor. They’ll help determine the best treatment for your condition.

If I use Botox for a long time, could it become less effective?

It’s possible. If you use Botox for a long time, your immune system might become so used to recognizing Botox that it develops antibodies to fight it. (Antibodies are blood proteins made in response to a specific substance and counteract it.)

As the antibodies learn to fight Botox, the drug may become less effective at easing your cervical dystonia symptoms. This means that you’re developing an immunity to Botox.

It isn’t clear why some people’s bodies create the antibodies, but receiving Botox more frequently or at higher doses than usual may be factors. Your doctor will try to reduce your risk for immunity to Botox. They’ll do this by prescribing the lowest dose to treat your symptoms and wait as long as possible between injections.

But if Botox injections don’t seem to be easing your symptoms of cervical dystonia, talk with your doctor. They can adjust your treatment plan as needed.

The Food and Drug Administration (FDA) has approved Botox to treat cervical dystonia.

The dosage of Botox for treating cervical dystonia will depend on:

Your doctor will determine the total amount of Botox that’s right for you. This will be divided into multiple injections for the affected muscle or muscles.

The average Botox dose for cervical dystonia in clinical studies was 236 units. Usually, your doctor will start you on a low dose, which they may increase, depending on how your body responds.

Note: In addition to treating cervical dystonia, Botox has other uses. Keep in mind that the drug’s dosage may differ with these other uses. To learn more, talk with your doctor.

How Botox is given

Botox comes as a liquid solution. To treat cervical dystonia, the drug is given as intramuscular injections into your neck muscles. Only a healthcare professional can give the injections, which you’ll receive during “treatment sessions.”

How often it’s given

Your doctor will advise you on how often you’ll need to receive Botox injections for your cervical dystonia. Based on the findings of clinical studies, they may start with injections every 3 months. They may then make adjustments based on any side effects you have and how well the drug eases your symptoms.

In a clinical study, people who received Botox for cervical dystonia noted that the effects seemed to wear off about 3 months after their previous dose. Botox treatment appeared to be most effective at relieving symptoms 6 weeks after the injections were given.

A clinical study showed the effectiveness of Botox injections as a treatment for cervical dystonia.

People in this study received injections of either Botox or a placebo into the affected muscles. The researchers wanted to see if Botox was better than the placebo at improving people’s scores on the Cervical Dystonia Severity Scale. This is a 54-point scale on which a higher score indicates more severe problems with head position.

Guidelines from the American Academy of Neurology recommend Botox as a first-line treatment for cervical dystonia. This means that Botox would be the first treatment that a doctor would prescribe for the condition.

Botox is approved by the Food and Drug Administration (FDA) to treat cervical dystonia in adults.

Botox is a type of drug called a neurotoxin. It works by stopping nerves from functioning.

Your nerves communicate with other parts of your body by using a neurotransmitter called acetylcholine. (Neurotransmitters are chemical messengers.) Botox works by preventing nerves from releasing acetylcholine. As a result, your nerves can’t send messages to muscles telling them to contract or spasm. With cervical dystonia, Botox prevents nerves from causing muscle contractions or spasms in your neck.

Over time, the effects of Botox injections wear off. This is because your nerves develop new endings that can begin releasing acetylcholine again.

How quickly does Botox work for cervical dystonia?

In a clinical study, people given Botox injections for cervical dystonia began noticing improvement in their condition within the first 2 weeks of receiving a dose. Botox seemed to be most effective at easing symptoms of cervical dystonia 6 weeks after the injections were given.

Cervical dystonia is a movement disorder that causes involuntary muscle spasms in your neck. You may also hear it referred to as “spasmodic torticollis.”

The spasms create movements in your head and neck that can be repetitive and uncomfortable. This results in abnormal head positioning, which can cause pain in your neck.

Symptoms of cervical dystonia can include the neck twisting. Symptoms can also include the head and neck pulling backward, forward, or sideways.

The goal of Botox for cervical dystonia

The Food and Drug Administration (FDA) has approved Botox to treat cervical dystonia in adults. The goal of the treatment is to ease abnormal head positions and neck pain.

Before you use Botox, there’s some important information to keep in mind. The drug may not be a safe option for you if you have certain medical conditions or other factors that affect your health. Some of these are mentioned below.

Botox has a boxed warning. This is the most serious warning from the Food and Drug Administration (FDA). A boxed warning alerts doctors and patients about drug effects that may be dangerous.

On occasion, Botox may spread from where it’s injected to other parts of your body. This can result in botulism, a serious condition that may cause symptoms such as:

Botulism can occur hours, days, or weeks after a Botox injection. It’s important to talk with your doctor if you experience any of the symptoms mentioned above while using Botox.

Call your doctor right away if you experience problems with breathing or swallowing after a Botox injection. If you feel that your symptoms are life threatening, call 911 or your local emergency number.

In addition to boxed warnings, Botox has other warnings.

If any of the following medical conditions or other health factors are relevant to you, talk with your doctor before receiving Botox:

Now that you’ve learned about Botox for cervical dystonia, you may still have some questions. Talk with your doctor or pharmacist, who can advise you on whether Botox might be right for you.

For details about other aspects of Botox, refer to this article.

Disclaimer: Medical News Today has made every effort to make certain that all information is factually correct, comprehensive, and up to date. However, this article should not be used as a substitute for the knowledge and expertise of a licensed healthcare professional. You should always consult your doctor or other healthcare professional before taking any medication. The drug information contained herein is subject to change and is not intended to cover all possible uses, directions, precautions, warnings, drug interactions, allergic reactions, or adverse effects. The absence of warnings or other information for a given drug does not indicate that the drug or drug combination is safe, effective, or appropriate for all patients or all specific uses.