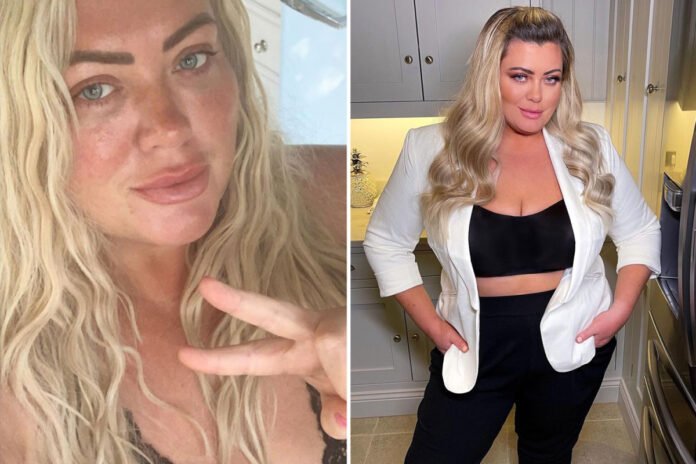 GEMMA Collins has warned reality stars to stop “pumping up their lips and cheeks” with fillers saying it looks “bizarre”.

The 40-year-old reality star shared her thoughts on plastic surgery explaining that a new generation of celebrities “looks the same”.

The self-confessed diva urged reality stars to embrace their “inner beauty” instead of changing their face.

Speaking on the Gemma Collins podcast: “For me I like to be a role model. I’ve recently spoken up about everyone kind of looking the same.

“I just don’t get, again I’m not judging. I think we need to go back to our natural beauty.

“I see a lot of stuff where people are changing their faces so much and it just doesn’t look right. We should be working on our inner beauty and what our mammas and fathers created us as.

“We just need to be what we are intended to be and there is so many people changing their faces.”

Gemma recently revealed that she’s had her Botox and fillers dissolved and has urged her fans to stay natural.

The TV star believes cosmetic procedures have now become the norm and are making everyone look the same.

She added: “I’ve had a little go and I regretted it as soon as I done it and I kept looking at myself and thought I just looked strange and I stopped doing it.

“I think more than ever in this lockdown you’re living with yourself a lot and you’re looking at yourself a lot more because there is nothing else to do but look in the mirror.

“You have to stay natural and I am hoping there is going to be a movement soon where everyone is beautiful and a lot of the young guys and girls will know that you’re accepted if you don’t have pumped up lips and pumped up cheeks. It’s just bizarre.”

We recently revealed Gemma, who has spent £8,000 on past treatments, has launched Gemma Collagen – an anti-ageing business with Harley Street clinic London Aesthetics.

It offers marine collagen supplements and facial peels, which are listed on her new brand’s Instagram account.

The GC wants to make waves in the non-surgical beauty treatment world and has said: “People need to stop messing about with their faces!”

Speaking exclusively to The Sun, she said: “I have tried Botox and filler, and I had it all dissolved. I can’t stand it. I was looking at myself thinking ‘I just don’t look like me anymore’.

“The young girls of today, all these lips, it’s just a bit too much. People think it’s the norm now, and it’s not. We’ve got to stay natural.”

Gemma recently wowed her fans when she showed off her shrinking tum in a crop top.

Gemma has lost three stone in the past 18 months and is more body confident than ever.

She recently said: “I’ve lost weight. I’m feeling good, I’ve got time to look after myself. I’ve had lots of treatments at the London Aesthetics company. And I feel brand new.”

The telly beauty added: “I just wanted to show you that this is me, this is how I look. There’s been a few comments recently about filters but I have been having amazing face treatments done.”

Gemma Collins installs panic room in her new £1.3m home saying she ‘feels like Whitney Houston in The Bodyguard’