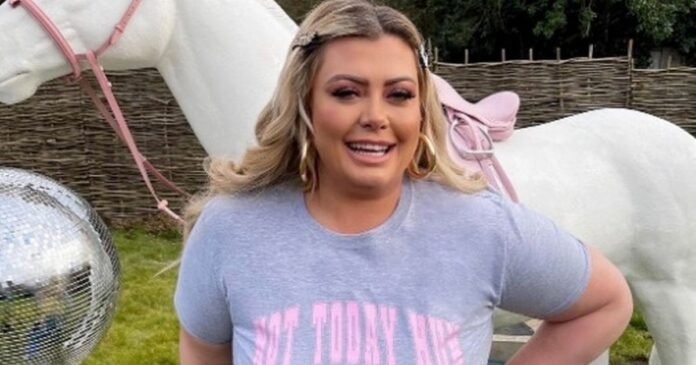 Gemma Collins has revealed that she has had her Botox and fillers dissolved.

The Diva Forever star, 40, has come out urging her fans to look more natural after previously having a reported £8,000 worth of treatments.

Gemma told the The Sun: “I have tried Botox and filler, and I had it all dissolved. I can’t stand it. I was looking at myself thinking ‘I just don’t look like me anymore’.”

The former The Only Way Is Essex cast member admitted that she is now focused on achieving a more natural look.

She added: “The young girls of today, all these lips, it’s just a bit too much. People think it’s the norm now, and it’s not. We’ve got to stay natural.”

The paper notes that Gemma previously teamed up with Harley Street clinic London Aesthetics to offer Gemma Collagen – a business focused on anti-ageing which offers facial peels and collagen supplements.

The reality TV star recently lost three stone in weight in addition to her treatments with London Aesthetics.

The Mirror has reached out to a representative of Gemma Collins for additional comment on this story.

Meanwhile, Gemma’s former boyfriend James ‘Arg’ Argent recently confirmed to Piers Morgan and Susanna Reid on Good Morning Britain that the pair are not officially back together.

He said: “We’re not officially back together. It’s impossible to be in a relationship with anyone.

“She’s no longer blocked on my phone.”

Arg added: “We’re friends at the moment and we have been in contact.”

The former TOWIE star also joked about the prospect of his having made a sex tape with Gemma, who herself recently made a bold claim of filming one when she was interviewed on Piers Morgan’s Life Stories.

“I’m not sure how much a sex tape of me and Gemma would get,” joked Arg.

James is also aiming to get fit and is set to undergo life-saving gastric surgery in a bid to get healthy as he currently weighs 27 stone.

He has also received an offer to help get fit from fellow TOWIE alum and personal trainer Dan Osborne.

Dan commented on a recent post: “You got this brother as soon as the gyms are open, we are putting the work in mate x.”