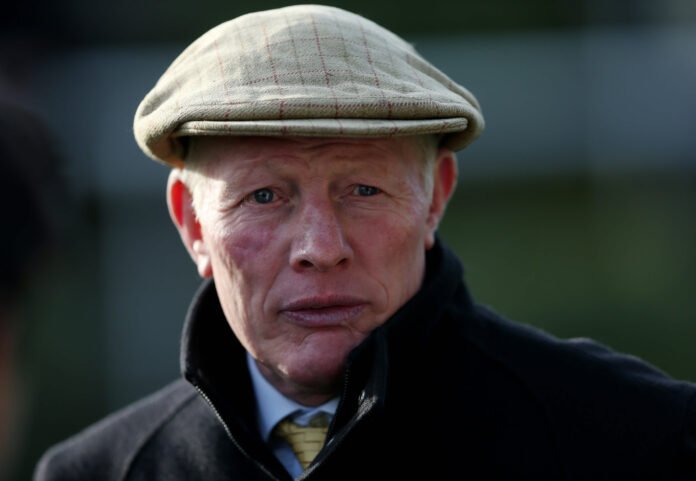 Sussex-based trainer Gary Moore is no stranger to success at the Cheltenham Festival.

Sire De Grugy provided him with Grade One honours at Prestbury Park in 2013 in the Champion Chase and this year’s team, although small in number, is high on quality.

The team are headed by fan favourite and stable star Goshen, who looks to be the main challenger to defending champion Epatante and the unbeaten Honeysuckle in the Unibet Champion Hurdle after his stunning 22-length win in the Kingwell Hurdle at Wincanton last month.

Set to join Goshen is Nassalam, who looks to be a leading player for the Boodles Juvenile Handicap Hurdle and Betfair Hurdle second Fifty Ball, who is on course for the County Hurdle.

Coral Cup candidate Botox Has has been “laid out” for the race, while Beat The Judge looks to set to complete the quintet heading for Cheltenham with Envoi Allen lying in wait in the Marsh Novices’ Chase.

Moore said: “We’re going to this year’s Cheltenham with a small but select team. I’ve gone to Cheltenham before with social runners and I don’t like it – it’s a complete waste of time. I think we’re going there this year with horses who have reasonable chances, which will be nice for everyone concerned.

“Goshen is obviously our leading hope and I think Botox Has is one of our leading players. I would be disappointed if he doesn’t run well.”

I’m really happy with Beat The Judge. I was pleased with his second at Lingfield on the All-Weather the other day as he just needed that and was probably up against a race-fit rival.

His greatest asset is his jumping and that could prove vital round Cheltenham. The only problem is that he wants two and a half-miles and that means taking on Envoi Allen which is very daunting! He wouldn’t want the ground any worse than good to soft, but he is lightly-raced and one to look forward to.

Botox Has enjoyes the demands of Cheltenham

He has very good form at Cheltenham and it seems to bring out the best in him. Hopefully he will stay under 11st in the race as that would be a massive help to him as he is not a very big horse so he wouldn’t want to be carrying very big weights. I think that is what has been getting him beaten just recently.

The County Hurdle is the aim with Fifty Ball. I can’t see him going for the Supreme Novices’ Hurdle and hopefully he can run well in the County. He did surprise me with his second in the Betfair Hurdle.

That was a hot race against some unexposed types. I was hopeful he would run well as his homework had been good, but I didn’t realise he was going to run that well and he just bumped into a horse who was slightly better handicapped than him on the day.

He’s got experience now in a big handicap hurdle, so the sort of hustle and bustle of a race like that shouldn’t faze him. His jumping was very good at Newbury, so that shouldn’t be a concern. I guess he is very lightly raced which is something in the back of your mind, but he seems to take it all in his stride so far when taking on more experienced rivals.

Goshen trounces his rivals at Wincanton

Goshen’s in great form and I couldn’t be happier with him going into the Cheltenham Festival. It would be fantastic to win a Champion Hurdle with Goshen. It also would look good on the CV too! It would be great if he could do it. Not just for me, but for his owner Steve Packham, for Jamie [Moore, rider] and for the whole yard.

Everybody involved works so hard and obviously last year was just one of those things and it would be great if he could go back this year and win a race like the Champion Hurdle. Those Grade One championship races are the reason why you’re in the game. Good horses don’t come along very often and you have to make the most of them.

I think the Boodles is where we are heading with Nassalam. The problem with that is he is going to have to carry top-weight there, but he deserves to have top-weight, I guess. He takes his racing very well and he has come out of Haydock the other day in good form.

As much as I want Natural History to get into Cheltenham, he sadly hasn’t qualified for the meeting. He needed to have had three runs before Monday to qualify and with meetings abandoned, we just couldn’t get three runs into him. Natural History was taken out of two or three races and I thought something could have been done in terms of the qualification criteria, but there we go.

I would have loved to have run in the County as all he would have got is a 5lb penalty, so instead he’ll run in the Imperial Cup. He’s a very nice horse and one that we’re really looking forward to. He was good on the Flat for Andrew Balding and was placed in a Group Three so he is one to look forward to.

The likes of Full Back, Benatar, Robin’s Dream and Hudson De Grugy will all bypass Cheltenham.