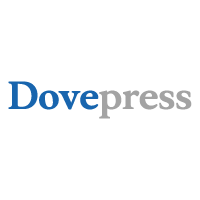 Hyaluronic acid (HA) is a naturally occurring glycosaminoglycan polymer of disaccharide repeats comprising D-glucuronic acid and N-acetyl-glucosamine, linked via alternating β-1,4 and β-1,3 glycosidic bonds. HA is a clear, viscous liquid composed of unbranched single-chain polymers of varying sizes, ranging from 105 to 107 kDa. HA forms an essential component of connective tissues and organs owing to its abilities of binding and retaining water molecules, keeping the tissues hydrated.1,2 HA is also an acid mucopolysaccharide found in bacterial capsules; a characteristic exploited by industries for the production of non-animal derived natural lubricant since the last century.3 HA is structurally homogenous across different species. Because of its unique physical and mechanical properties as well as biocompatibility, HA is considered as an ideal material for soft tissue augmentation and facial rejuvenation.4,5

Recently, the frequency of cutaneous augmentation performed using injectable HA fillers has significantly increased. Consequently, reversibility of this process has become equally important for addressing the incidence of patient dissatisfaction caused by undesirable effects, such as unintended or excessive augmentation and Tyndall effect, as well as for resolving occasional incidence of adverse clinical outcomes, including persistent granulomatous changes, necrosis caused by vascular occlusion resulting from arterial injection, unexpected inflammatory response to the accompanying excipients, and other iatrogenic deformities. A simple, minimally invasive procedure that reverses soft-tissue augmentation was developed using hyaluronidase to dissolve superficially or inappropriately placed HA filler.6,7

Hyaluronidases are endo-N-acetyl hexosaminidases that catalyze the dissociation and depolymerization of HA polymers through enzymatic cleavage of glycosidic bonds. In humans, six different hyaluronidases expressed from the hyaluronidase-like genes HYAL1, HYAL2, HYAL3, HYAL4, PH20/SPAM1, and the pseudogene HYALP1 have been identified.8 Hyal-1 and Hyal-2 are the two major acid-active hyaluronidases found in most tissues that degrade HA by hydrolyzing the β-1,4 glycosidic linkage between N-acetyl-glucosamine and D-glucuronic acid. Hyal-2 is a GPI-anchored hyaluronidase that cleaves CD44-bound HA polymers into 20-kDa products that are subsequently delivered into endo-lysosomal compartments where they are further degraded into smaller HA oligosaccharides by Hyal-1 as well as β-exoglycosidase enzymes.9,10 Hyaluronidase-mediated degradation is a highly efficient process and is responsible for the short half-life of endogenous HA and its rapid turnover in the body.11

The present study investigated the in vivo hyaluronidase-mediated degradation of five HA dermal fillers belonging to the NEU series in hairless mice and compared them with those of two commercially available HA dermal fillers. Degradation of the HA fillers was monitored via three-dimensional optical imaging, wherein the surface projection imposed by the HA filler bolus implanted at the back of the animals was monitored after hyaluronidase injection, and any adverse effect was assessed via gross and histological examination of the implantation sites. The effect of tissue integration on the susceptibility of these HA fillers to hyaluronidase-mediated degradation was also taken into account by comparing the HA fillers that have resided at the implantation sites for four days with those that resided for three months (91 days) prior to hyaluronidase treatment.

The study was conducted at the animal facility of Medytox Inc. Gwanggyo R&D Center in accordance with the Laboratory Animal Act of Korea (Act No. 15278). Prior to study initiation, all procedures involving the use of laboratory animals were approved by the Institutional Animal Care and Use Committee (IACUC) of Medytox Inc. (Approval No. A-2018-010) following the IACUC guidelines from the Ministry of Food and Drug Safety, Republic of Korea (Registration No. 11–1543061-000268-14).

Six to seven-week-old female hairless mice (SKH1-Hrhr) were purchased from Orient Bio, Inc. (Seongnam-si, Korea) and housed in groups of three. The animals were kept in an environment with a 12-h light/dark cycle, controlled temperature (23 ± 3°C), relative humidity (55 ± 15%) and were given free access to food and water.

Sixty-five mice were segregated into two sets corresponding to the 4- and 91-day filler residence times. Each HA filler was assigned five mice from each set, except NLL, which was assigned five mice from the 4-day filler residence time set only. On day 0, the animals were given an intraperitoneal dose of 100 mg/kg ketamine + 10 mg/kg xylazine prior to filler implantation. The corresponding HA filler (0.1 mL) was subcutaneously injected at two sites on the back of each animal, namely one caudal and one rostral, forming a projecting bolus at the implantation site (Figure 1A).

On the day corresponding to their designated filler residence time, two animals from each group were euthanized, and the implantation sites were excised for histological examination. The remaining animals were placed under parenteral anesthesia and subsequently injected with 30 IU hyaluronidase directly to the center of the projecting HA filler bolus. Within 30 min after the first injection, a second injection of 30 IU hyaluronidase was administered on the HA filler implants in the 91-day filler residence time set. HA filler volume at 0, 1, 6, 24, 48, and 72 h after hyaluronidase injection was evaluated by surface projection measurements using PRIMOS Lite imaging device (CANFIELD Scientific Inc., NJ, USA). Reduction in HA filler volume was reported as percentage change relative to the baseline HA filler volume measured at 0 h (before hyaluronidase injection). Two weeks after hyaluronidase injection, all animals were euthanized, and implantation sites were excised for histological examining and confirming the degradation of HA fillers.

Tissue samples excised from the implantation sites were fixed in 10% formalin solution and embedded in paraffin. Five-micrometer thin sections were stained with hematoxylin and eosin for evaluating tissue histology as well as with Alcian Blue for detecting the embedded HA filler. Local adverse effects of hyaluronidase on the surrounding tissues were assessed by assigning scores to the histological features using a semi-quantitative evaluation system described in ISO 10993–6.20 The average histology score was used to determine hyaluronidase treatment either as a non-irritant (0–2.9), slight irritant (3–8.9), moderate irritant (9–15), or severe irritant (≥15.1).

For the HA filler implants having a 91-day filler residence time, a second injection of 30 IU hyaluronidase/0.1-mL filler implant was administered within 30 min after the initial injection upon observing a slower rate of filler volume reduction compared with their 4-day filler residence time counterparts (data not shown). A significant reduction in filler volume was observed 1 hour following the administration of hyaluronidase with a total dosage of 60 IU/0.1-mL filler implant (p < 0.05). All implantation sites showed complete loss of surface projection within 24 h of hyaluronidase treatment (Figure 2B). In particular, implantation sites of NL and NDL showed 100% loss of surface projection within 1 h; ND and RESLYFT, within 6 h; and NVL and JUVX+ within 24 h after hyaluronidase injection. Evaluation of hyaluronidase-mediated degradation of NLL having a 91-day filler residence time was not performed after a preliminary study revealed a significant decrease in filler volume occurring at <90 days after subcutaneous implantation (data not shown).

HA-based dermal filler is considered the gold standard for dermal fillers because of its good performance and safety profile.21 HA is structurally homogenous across different living organisms and poses minimal risk in humans. Many of the current HA dermal fillers are manufactured using non-animal derived HA and have low immunogenic profiles.5 In addition, chemical modifications to generate crosslinked HA polymers have proven to be an effective method for enhancing the durability of HA fillers against rapid degradation without compromising its biocompatibility.12,22 One clear advantage of HA-based dermal fillers over other types is its reversibility via minimally invasive procedure using hyaluronidase. Hyaluronidase injections have been shown to quickly and effectively remove inappropriately implanted HA fillers that could cause severe adverse events, as well as other unwanted outcomes.7,11 There are a variety of hyaluronidase formulations approved for human use. These formulations include hyaluronidases derived from purified crude extracts of ovine or testicular tissue, or manufactured using recombinant technology.23

For HA dermal fillers, it has been widely regarded that higher HA content, degree of crosslinking and cohesive property confer greater resistance to hyaluronidase-mediated degradation.24,25 HA filler formulations among the different families of HA filler products vary in cohesive property (monophasic vs biphasic), HA content, and degree of crosslinking, hence the need to establish how effective each type of hyaluronidase is in dissolving these HA fillers. A recent review of available literatures that investigated the in vitro and in vivo degradation of HA fillers has reported that monophasic HA gels as generally more resistant to hyaluronidase-mediated degradation than biphasic HA gels. Also, no consensus was established on which type of hyaluronidase is most superior in dissolving HA fillers.17 A blind randomized study on the reversal of HA filler injection had demonstrated comparable efficacy between the use of 20 and 40 U ovine hyaluronidase in reducing the volume of 0.2 mL HA filler bolus implants based on significantly lower palpation scores compared to non-treated and saline-treated HA filler implants. The study also reported that identical treatments of ovine hyaluronidase showed no clinically significant difference in HA filler volume reduction among different filler implants from three major HA filler manufacturers, despite variability in cohesive properties, HA content and degree of crosslinking.26

Hyaluronidase-mediated degradation is one of the main advantages of HA-based dermal fillers over other forms of dermal fillers as it allows for reversibility of the process in the event of inappropriate implantation or occurrence of unwanted adverse events. While most, if not all HA dermal fillers contain crosslinked HA polymers intended to withstand rapid degradation from endogenous hyaluronidase, their composition and chemical modification should not prevent rapid degradation from hyaluronidase treatment when such procedure is necessitated. In this study, the in vivo hyaluronidase-mediated degradation of different HA dermal fillers from the NEU family of products and two leading commercial HA filler products, with up to three months filler residence time, showed no significant difference in their susceptibility to exogenous hyaluronidase suggesting that hyaluronidase treatment to reverse soft-tissue augmentation of these HA dermal filler products in the clinical setting is expected to provide similar outcomes. In addition, degradation of HA filler implants with prolonged filler residence time may require a higher dosage of hyaluronidase to achieve similar rate of reversal as newly implanted HA fillers, and is not expected to elicit any serious adverse events at the site of injection.

The study was sponsored by Medytox, Inc.

S.S. Kwak, K.H. Yoon, J.H. Kwon, W-H Kang, C-H Rhee, G-H Yang and D.J.M. Cruz are employees of Medytox, Inc., a biopharmaceutical company based in South Korea. The authors report no other conflicts of interest in this work.