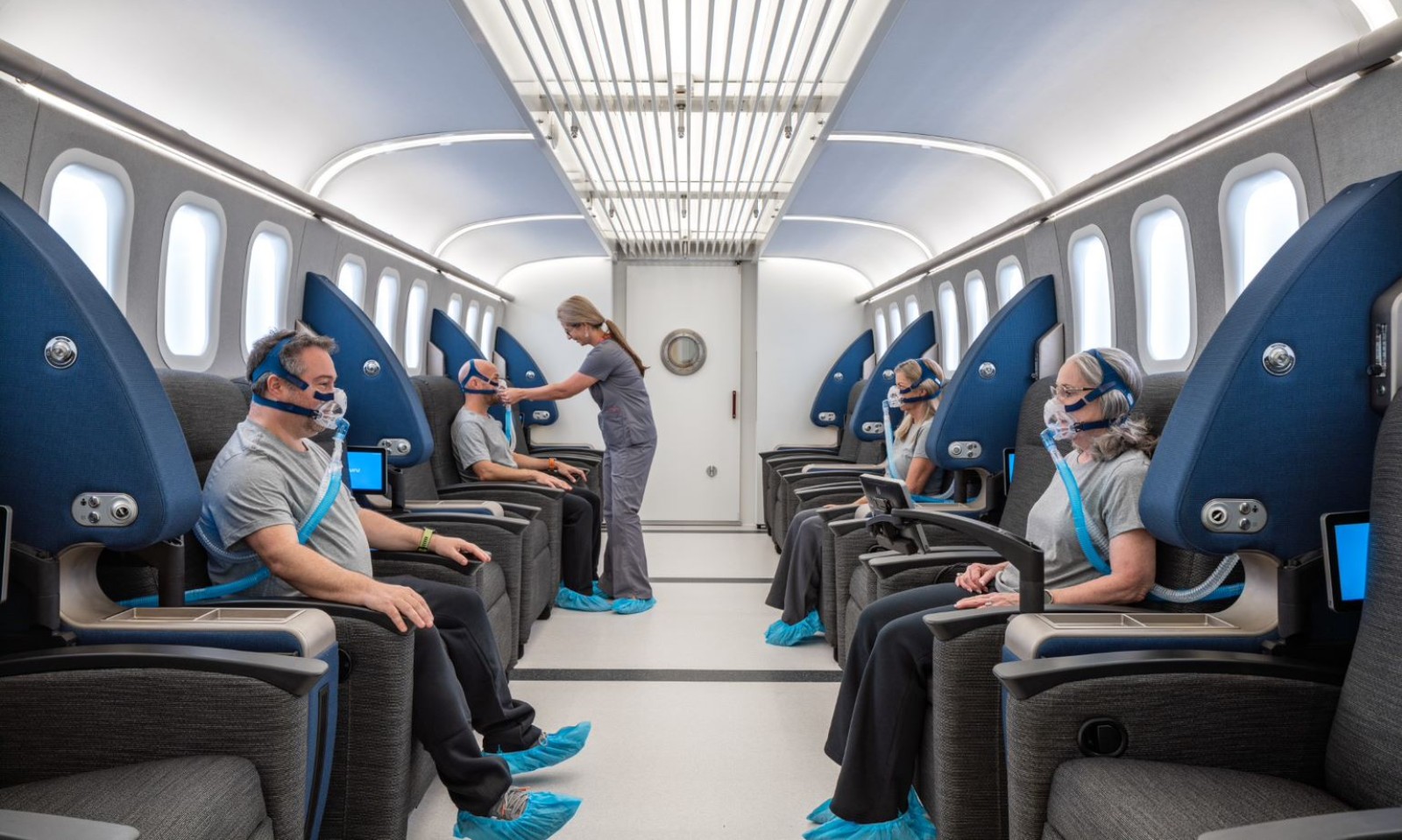 It’s easy to see why Prof. Shai Efrati has been flooded with inquiries since the publication of his study showing that hyperbaric oxygen therapy (HBOT) can reverse aging at the cellular level.

Is this really the fountain of youth? ISRAEL21c had a Zoom chat with the Israeli physician to find out more about HBOT’s wide-ranging benefits.

Efrati explains that in HBOT, patients breathe in high-pressure oxygen at various concentrations through a mask or a hood, while seated inside a pressure chamber, to stimulate healing.

HBOT has long been used to treat conditions such as divers’ decompression sickness and diabetic skin wounds, even bone infections and carbon monoxide poisoning.

Efrati’s team at Shamir Medical Center’s Sagol Center for Hyperbaric Medicine and Research — one of the largest hyperbaric medicine clinics in the world – has found HBOTcan improve brain function in some stroke, fibromyalgia and Alzheimer’s patients. 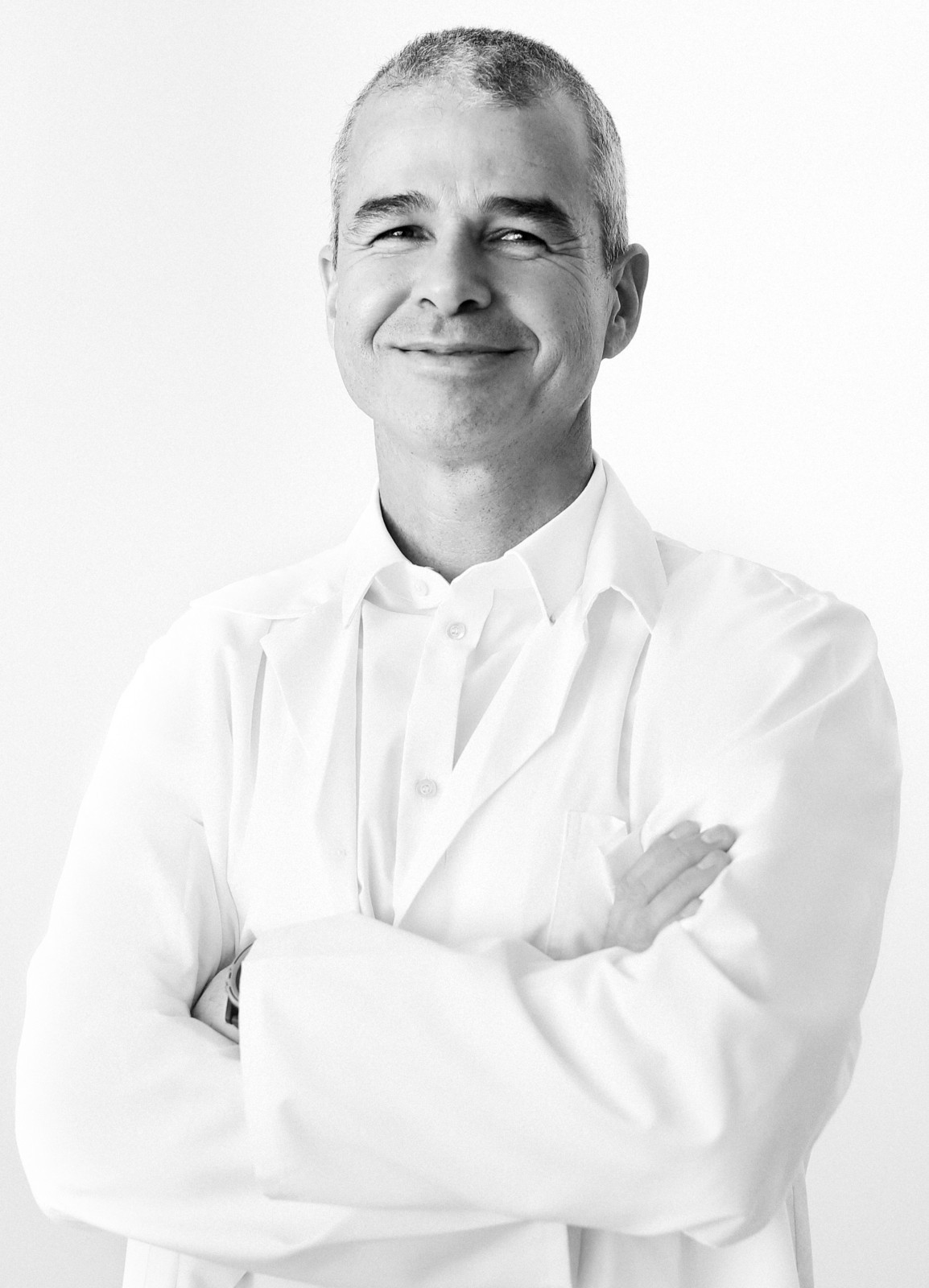 “An injury is an injury no matter where it is or what caused it,” says Efrati, who also teaches at Tel Aviv University’s medical and neuroscience schools.

This innovative principle guides all the studies led by Efrati and the center’s chief medical research officer, Dr. Amir Hadanny.

“A leg wound you can see clearly, while in the brain you need high-tech advanced imaging methods to see it. It doesn’t matter if the cause of the brain injury was a stroke, trauma or the occlusion of small blood vessels that happens in normal aging. In the end you have injured tissue.”

Setting back the clock

In 2011, a group of researchers from the Technion-Israel Institute of Technology, Weizmann Institute of Science and Israel Naval Medical Institute discovered that treating divers with HBOT caused a beneficial lengthening of the telomeres (protective “caps” on every chromosome).

In their recent study published in Aging, Efrati and Hardanny dug down to the cellular level to see the effect of HBOT on telomeres shortened by age and on the accumulation of damaged, malfunctioning (senescent) cells, another phenomenon of aging.

They exposed 35 healthy adults aged 64 and above to a series of 60 two-hour hyperbaric sessions, five days a week over a 90-day period.

Results showed telomeres were lengthened up to 38 percent and senescent cells reduced up to 37%.

These age-reversal effects are significant but not permanent. After HBOT, the body continues the normal aging process.

“The treatment sets back the clock, but then the clock starts to tick again,” Efrati explains.

“The telomeres will shorten again. But the rate of decline depends on the individual’s DNA and lifestyle factors such as diet, health and stress.”

HBOT is not “anti-aging” therapy. Rather, it can improve the function of brain tissue and blood vessels damaged due to normal aging.

“Our treatment is just triggering regenerative capabilities that our body already has,” says Efrati.

“The main issue is that we are considering aging as a disease. If I have a decline in my quality of life because of aging, this is a disease. Once I define it that way, I have legitimate reason to reverse it,” he explains.

From cerebral palsy to autism

The Rambam facility is one of three hyperbaric centers in Israel. The original one was established at Eilat’s Yoseftal Hospital, which makes sense because Eilat is a popular diving spot.

“Israel is a beacon in regard to hyperbaric oxygen therapy,” Sack says, giving much of that credit to Efrati and his researchers. 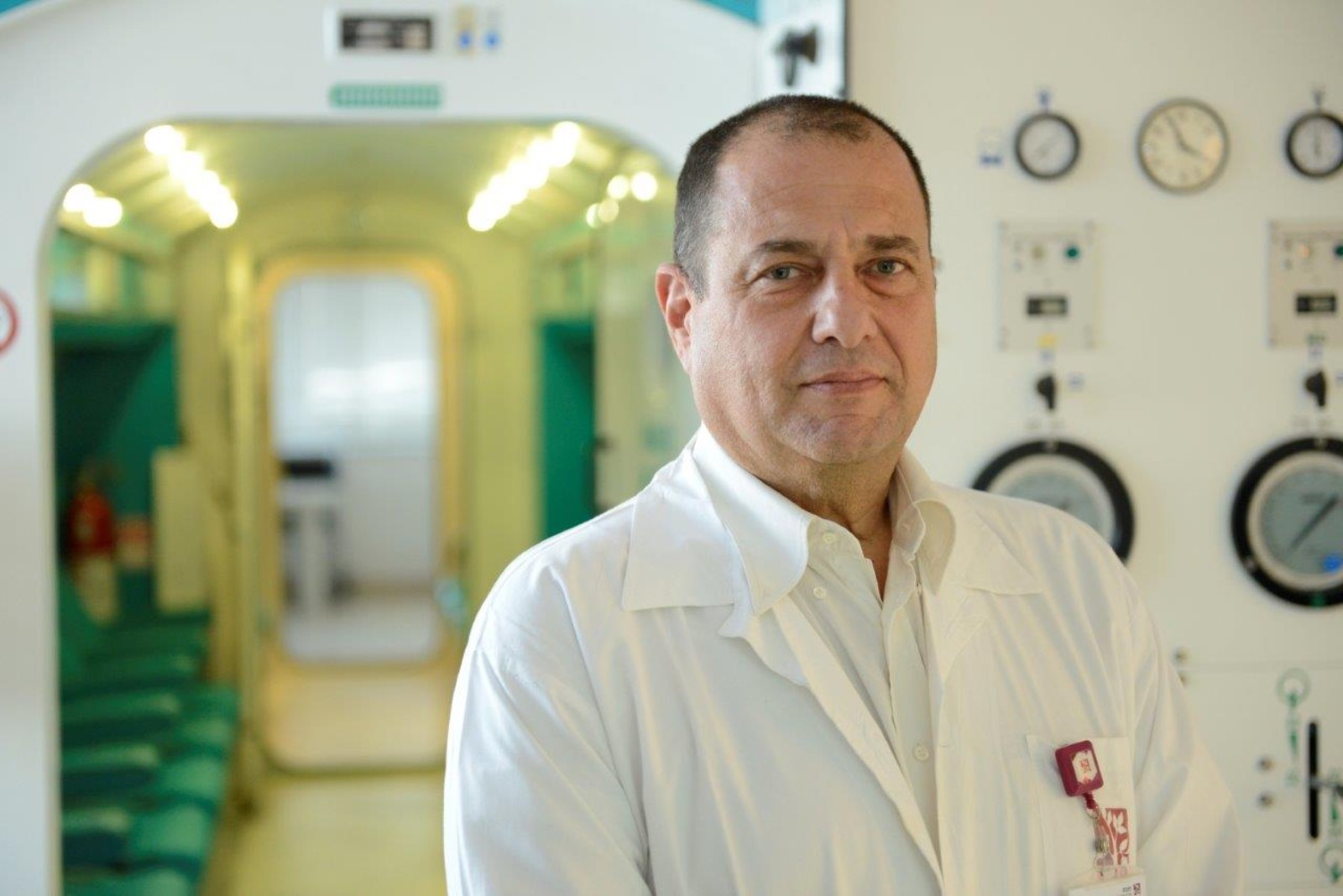 Israel’s Health Ministry has recognized 15 medical indications for HBOT since 1986. HBOT has been included in the Israeli “basket” of covered health services since 1994.

“Hyperbaric medicine is constantly developing. Research is revealing new indications for treating cerebral palsy and autism, and applications in the field of sports medicine,” says Sack, an orthopedic surgeon whose interest in HBOT comes from working with diabetic patients and his background in diving.

He is beginning three studies in conjunction with Rambam physicians to see how HBOT may be effective in treating complex regional pain syndrome (CRPS), infertility and the aftereffects of stroke.

The Hyperbaric Medical Unit at Rambam treats a spectrum of diseases and conditions, primarily hard-to-heal wounds and post-radiation syndrome.

For conditions not included in the health basket, like cognitive decline and memory loss, patients pay out of pocket.

Efrati says aging is “not yet” defined as a disease by insurers. He anticipates this will change in time.

Clinics in US, UAE

Despite the large investment of cost and time, demand is high for private HBOT treatments in the aging population.

Efrati therefore cofounded Aviv Scientific, which has opened an Aviv Clinic in Florida and will soon open another in Dubai.

“Based on our Israeli research, a lot of people around the world are interested in opening affiliated centers with medical staff trained by us,” says Efrati.

Modern HBOT clinics use multiplace chambers, not the claustrophobic pods of yesteryear. Patients sit in comfortable chairs attached to the apparatus, and a clinician is always inside the pressurized chamber with them. 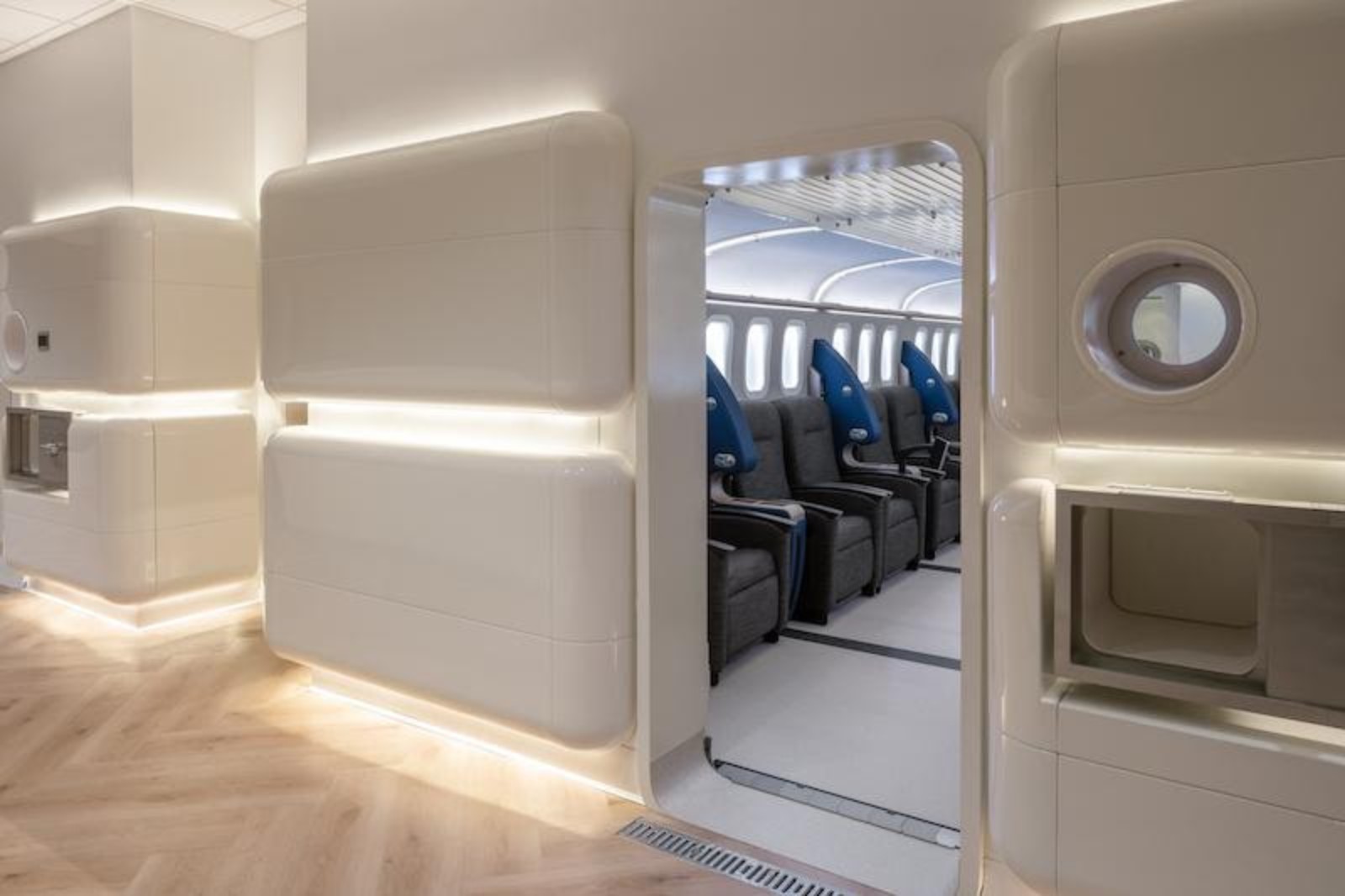 Multiplace chambers weren’t invented in Israel, but those installed in Aviv Clinics were designed by Studio Gad of Tel Aviv to evoke the atmosphere of a first-class cabin in an airplane.

Regardless of the design, Efrati cautions that people “should only get treatment in a medical facility with a trained certified hyperbaric physician. Nobody should get into a sack or pod. They are dangerous and not effective.” 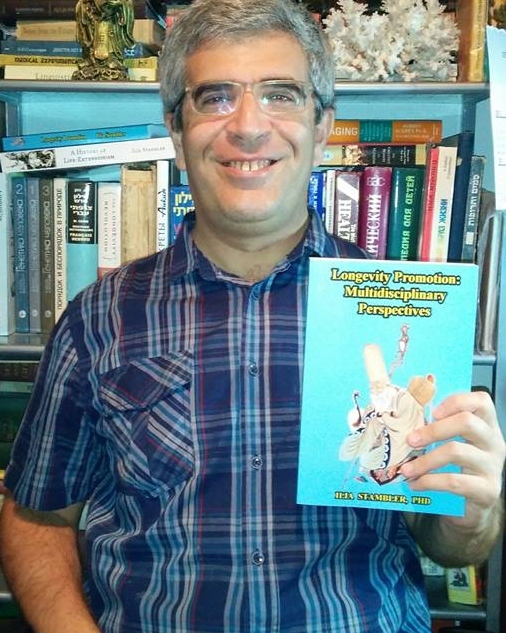 Another reason to avoid off-label facilities is to avoid the risk of oxygen toxicity.

Ilia Stambler, chief scientific officer of Vetek (Seniority) – The Movement for Longevity and Quality of Life, cautions that “the long term effects yet need to be considered” and emphasizes that proper dosage is vital to prevent oxygen poisoning and ensure efficacy and safety.

“With the right dosage, you can have some great effects,” Stambler tells ISRAEL21c. “But not the same dose is appropriate for all, and the elderly may experience more adverse effects of oxidative damage.”

Efrati assured us that “in the last 20 years, we have optimized a protocol for pressure, duration, air breaks, etc., that induce the regenerative process without exposure to oxygen toxicity.”

Adds Sack, “We don’t even go near the accepted boundaries. After 45 minutes of oxygen, we stop for five minutes and then continue another 45 minutes so there is no danger of oxygen toxicity.”

“Each candidate receives a full evaluation to see that he or she is suitable for the treatment,” says Efrati. “Based on the pre- and post-treatment evaluation, the treatment can be optimized with additions based on the individual’s characteristics.”

HBOT is considered quite safe.

“If you sit in the chamber and inhale oxygen at high pressure for two hours it can only do good,” says Sack. “The oxygen dissolves in the blood plasma and increases the oxygen level 20 times. It goes everywhere in the body, so your whole body benefits.” 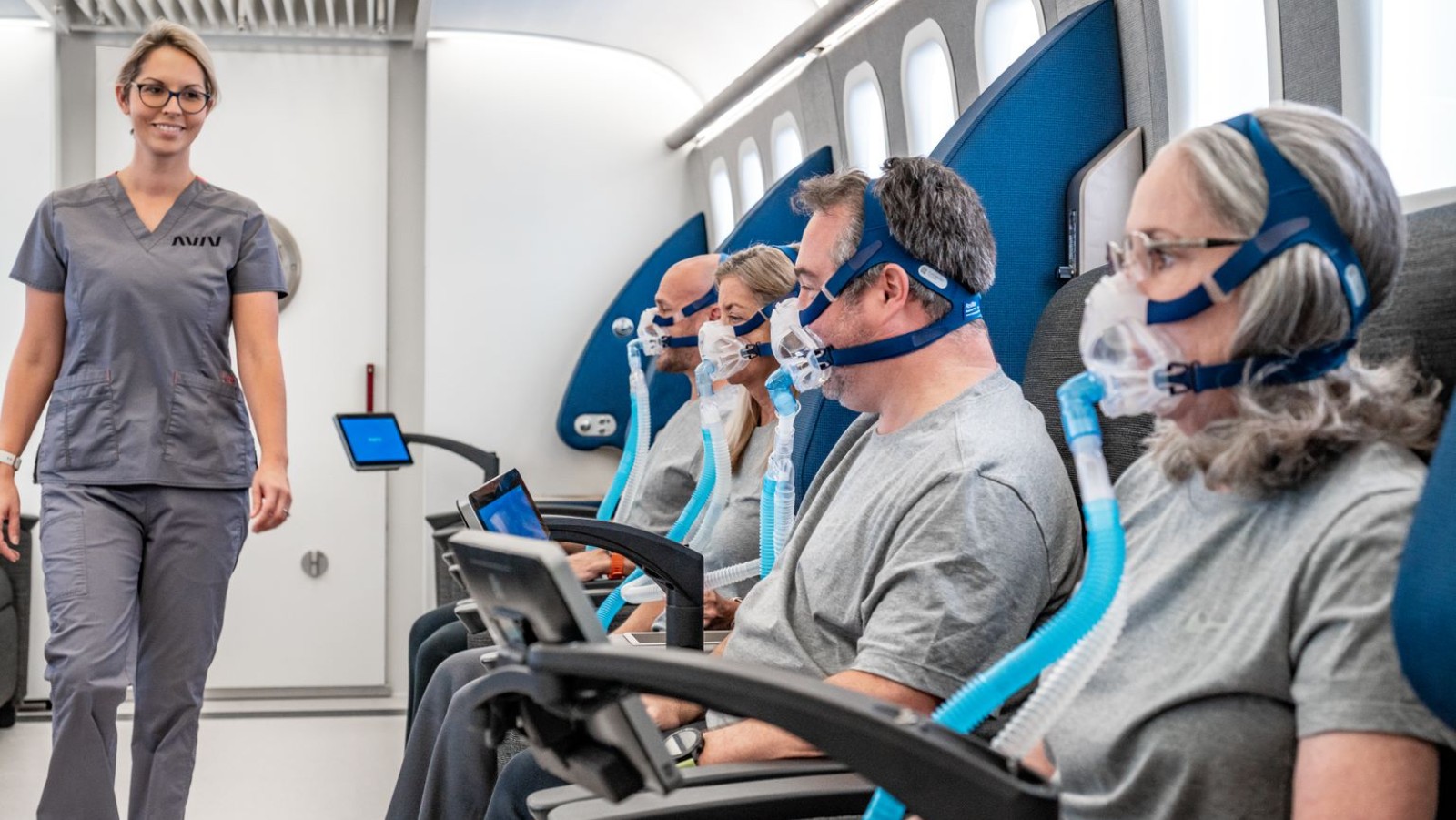 Hyperbaric oxygen therapy has been found to stop or reverse the aging process. Photo by Michael Stavaridis

However, the treatment may be ruled out for anyone with epilepsy; certain conditions affecting the inner ear or lungs; or hyperglycemia.

Also, says Efrati, “If there is necrotic — fully dead – tissue, we cannot help. We can help if brain or body tissue is injured or malfunctioning but not completely dead. If someone has been diagnosed with Alzheimer’s or other dementia, it is usually too late for the tissue to be rejuvenated.”

Side effects are uncommon and mild, including lightheadedness and popping in the ears.

“The main ‘con’ is that it’s time-consuming,” says Sack. “I’m very honest with my patients. It takes at least 20 treatments and we recommend a minimum of 40 — two hours a day, five days a week. They won’t see improvement quickly.”

When dealing with wounds in the brain, about 60 sessions are needed, adds Efrati.

Efrati’s group just finished a study of Israeli veterans with PTSD (post-traumatic stress disorder), demonstrating that “severe stress can induce biological wounds in the brain that we can treat.”

Upcoming studies we will examine the regenerative effects of HBOT in the heart and other organs.

Efrati will also continue the aging studies with his multidisciplinary research partners.

“You need to monitor aging as a disease, and we are now generating the protocol to do that. In a few years we will measure telomeres, just as we measure other parameters in standard blood tests, to monitor aging biologically,” he predicts.

“Our innovation was that for the first time in humans, we could show we were not slowing but actually reversing aging,” Efrati concludes. “I hope young scientists will now put efforts into trying to do this better.”