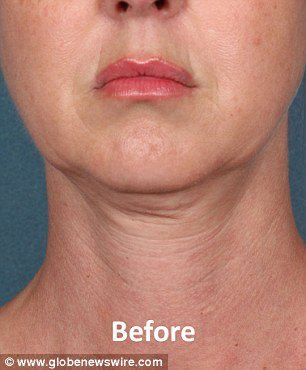 Surgeons have welcomed a breakthrough ‘flab jab’ that melts away double-chin fat after the drug received backing from US watchdog the Food and Drug Administration (FDA).

Hopes have been raised that it will offer a less invasive ‘easy’ alternative to surgery – yet already some experts are voicing concerns that the treatment may be just as arduous.

It is the first time such a procedure has gained such high- level approval – considered the gold standard in the cosmetic surgery industry. 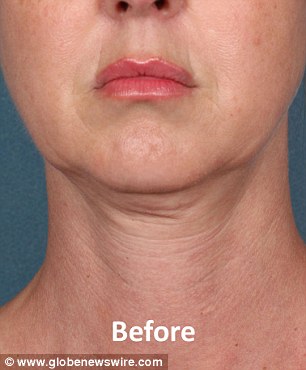 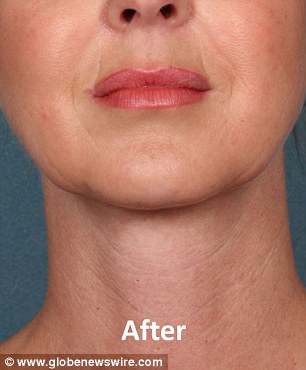 Previous treatments containing a cocktail of chemicals, including bile extracted from the stomachs of cows, proved disastrous, causing deformity and pain, and led to surgeons warning patients to stay away from fat-loss shots.

Now, two major studies have shown the new drug, Kybella, to be safe and effective in permanently dissolving fat and reducing ‘sub-mental fullness’, the medical term for double chin.

The primary cause of fat collection under the chin is excess weight. However, sub-mental fullness can be unrelated to obesity, with patients of a normal or even low BMI often affected.

Florida-based plastic surgeon Dr Jason Pozner, who has used Kybella on his patients, said: ‘Until now there has been nothing else out there for this problem other than surgery. We are all excited to try this.’ 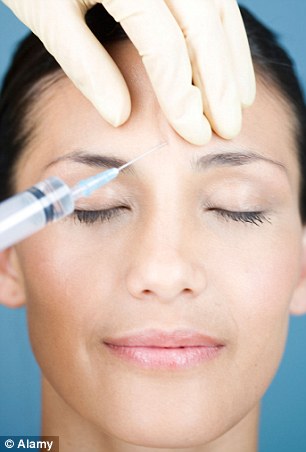 Experts are voicing concerns that as there is a need for 50 injections in just one session, meaning patients may need significant recovery time (stock image)

‘This is a holy grail of fat-reduction treatments,’ he said. ‘These products have come and gone very quickly before – this is the first to get FDA approval.

‘But if I’m going to use this, I want to see more research on the side effects. In the study they were giving 50 injections to the under-chin area in one session. That alone may mean a significant recovery time.

‘The company have admitted seven in ten patients experience bruising and swelling, but we’ve not seen exactly how bad this is.

‘They also say it’s not suitable for anyone with skin laxity, so it’s likely that younger patients will be most suitable.’

US plastic surgeon Brian Maloney, who offers the treatment, said the discomfort after treatment is ‘similar’ to that experienced after surgery.

Kybella contains a man-made version of deoxycholic acid (DC), a digestive secretion that breaks down fat in the intestines. DC has also been used in trials as a treatment for gallstones. It works by breaking down the outer membranes of fat cells, allowing the oily contents to be absorbed by the body and excreted naturally. The effect is thought to be permanent.

The treatment has arisen from the ashes of an older, discredited procedure called Lipo-dissolve.

This also contained DC, extracted from the digestive enzymes found in cows’ stomachs. As a natural product, strength was inconsistent, and many patients complained of little or no effects, while others experienced uneven, lumpy results.

Hundreds of injections could be given during a session, meaning bruising, swelling and pain post-procedure were often significant.

Before Kybella, patients concerned about their jawline would have been offered liposuction – a tricky procedure in an area where the skin is extremely delicate.

After liposuction, a compression garment of thick elastic must be worn at all times for up to a month to reduce swelling and allow the skin to re-attach to the subcutaneous fat layer. This is not necessary after Kybella.

A single session, the cost of which has not yet been determined, involves up to 50 tiny injections into the jaw area per 15-20 minute treatment, with patients offered up to six sessions a month apart. Results will be seen within two weeks.

As with all procedures, Kybella has its risks. Damage to the nerves in the jaw, leading to an uneven smile, facial muscle weakness and trouble with swallowing, was seen in four per cent of cases. In all cases this was resolved without further treatment. However, some were left with problems for more than six months.

He said: ‘The under-chin area has a lot of tightly packed nerves and blood vessels. A wrongly administered jab could cause terrible problems.’