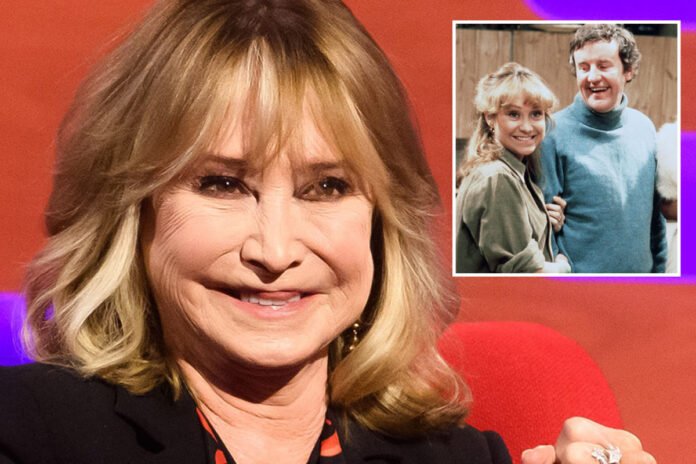 The 74-year-old actress is on the BBC chat show to discuss the vintage sitcom, which aired 35 years ago.

Felicity has long spoken about her love of Botox, saying in 2012 that she was thinking of having more of the injections, which smooth out wrinkles, after a two-year break.

She defended getting them, reportedly saying: “It’s nice not to have lines when you frown, especially on TV.

“I don’t know why people make such a fuss about it. No one is interested if a woman has her teeth capped or her hair dyed.”

Felicity tells Graham, 57, tonight that she loved acting drunk – something she was required to do often playing The Good Life’s Barbara.

She referred to screen husband Tom, played by Richard Briers, and their neighbours, Penelope Keith’s Margo and Paul Eddington’s Jerry.

She explained: “I love acting p****d and we thought it would be very funny if we became as drunk as Jerry and Tom.

“The head of the BBC said Barbara and Margot can’t get drunk because they are so loved by the audience.

“We fought really hard to do it and eventually we did that scene. It’s interesting to see how far we’ve come – now everyone is p****d.”

The Good Life, which first aired in 1975, is often hailed as one of Britain’s greatest ever sitcoms.

It stars Felicity and Richard Briers as a couple determined to live entirely self-sufficiently in their garden in the London suburb of Surbiton, alongside chickens and pigs.

The move horrifies their traditionalist neighbours, Margo and Jerry Leadbetter, but their friendship underpinned the comedy.

‘I won’t overheat my child’

Ruth Langsford, 60, gets covid vaccine and celebrates being closer to seeing mum

The Graham Norton Show is on BBC1 tonight from 10.45pm