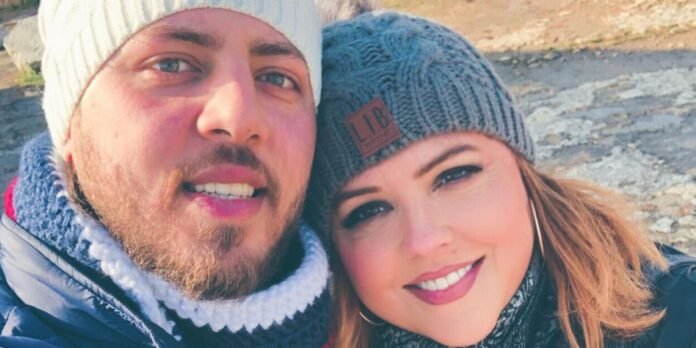 It’s been a season of surgeries for 90 Day Fiancé stars in 2020, with Larissa Lima and Angela Deem taking the lead for their biggest transformations. But not trailing too far behind is season 8 star Rebecca Parrott. Infamous for catfishing her Tunisian lover Zied with filters and Photoshop, the 90 Day Fiancé star has now opted for liposuction and more. But why do 90 Day Fiancé fans feel that her now-fourth husband Zied is the one paying for Rebecca’s plastic surgeries?

The restaurant general manager Rebecca had shocked everyone watching 90 Day Fiancé: Before The 90 Days by revealing she was using filters while talking to the much younger Zied. But Zied, 27, looked beyond Rebecca’s 49 years and three ex-husbands to love her “so maach.” Still, as is the case with any 90 Day Fiancé star caught using filters such as Darcey Silva and Deavan Clegg, who hold the wall of fame, fans started critiquing Rebecca’s every IG post. But Rebecca seemed unfazed by the new nickname of “filter queen” that she earned and also started giving her followers tips on what methods and apps they could use themselves. However, with her now being married to a man over 20 years her junior, perhaps came the added interest in looking younger in real life and not just on-screen. Since his return to 90 Day Fiancé season 8, Zied too, chopped off his long locks and shed some pounds to get a sleek new look which wowed his lady fans. So in all likeliness, Rebecca opting for cosmetic surgery like a full-body makeover also made sense, except that 90 Day Fiancé fans assume it could be fourth hubby Zied who footed the bills.

Related: 90 Day Fiancé: Rebecca Reveals She Was In A Hollywood Movie Before Meeting Zied

A post on a Reddit 90 Day Fiancé fan group captioned with, “Currently looking for my future husband so I, too, can get free cosmetic surgery,” showed an advertisement for laser liposuction and body contouring clinic with Rebecca’s face on it. The ad also mentioned, “90 Day Fiancé’s Rebecca gets Trisculpt EX” asking fans to “start their journey today.” The comments on the thread, however, have fans who feel that “the picture almost looks like she’s gone back to catfishing” and some mentioning “how much better the Instagram filters work after getting micro-laser liposuction.”

Another 90 Day Fiancé viewer wonders why Rebecca “has no furniture but she’s getting plastic surgery” as a reference to her scene with Zied where her new Canton, Georgia, apartment didn’t even have a proper mattress. Still, the surgery appears to have been sponsored by the clinic for Rebecca who’s mentioned that it’s a “Paid partnership” in before and after weight loss photos, which fans again thought showed no major changes. But Zied paying for it also doesn’t add up with the Tunisian man being “supported” by his new wife being the supposed premise of their upcoming season 8 story.

Unless Zied may have found himself a new job based on his air conditioning diploma, it could certainly be a sponsored plastic surgery. But one of the comments on the 90 Day Fiancé star’s post also sees Rebecca telling a fan that the surgery “wasn’t free” and “also worth every penny,” putting any rumors to rest.

Next: 90 Day Fiancé: What Rebecca Parrott & Zied Hakimi Are Up To Now