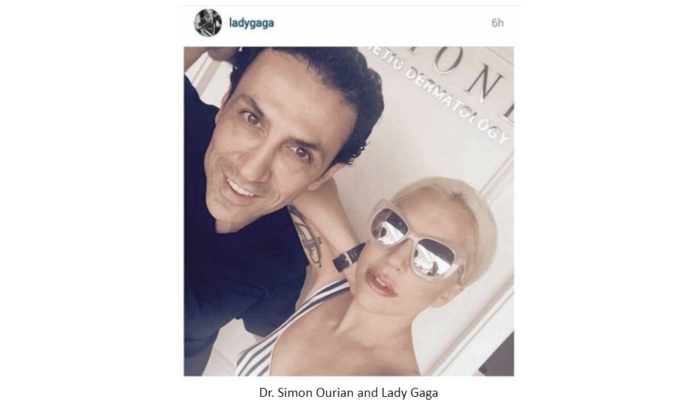 Dr. Simon Ourian of Epione Beverly Hills, is one of the most well-known practitioners of cosmetic dermatology in the world. He has over 3.5 million followers on Instagram and a client roster that reads like an A-list of Hollywood stars.

One of his specialties is performing non-surgical nose jobs. Dr. Ourian uses a non-surgical method, called the “micro-droplet technique” (rather than the more commonly used “threading technique”), in which he uses a very small needle to insert dermal filling product in specific parts of the nose to create the desired shape and profile for the patient. He says that this achieves a better, more natural result.

He says that fixing a nose job that was botched, or with which patients are otherwise dissatisfied, has become one of his most popular procedures in his practice. He says that his aim is not to create a perfect nose but rather to shape a nose that is perfect for the patient’s face. This involves looking at the face as a whole with his aim being to achieve an overall balance between the nose, neck and chin proportions for a person.

Patients who want to change the shape of their nose are often reluctant to go under the knife through surgical procedures. This is because there are significant risks that the procedure will not produce the desired result while also requiring a lengthy recovery period. In addition, a surgical rhinoplasty requires a patient to undergo anesthesia, which carries its own risks, while Dr. Ourian’s non-surgical method only requires a local anesthetic which is practically painless for the patient and the recovery time is measured in a couple of days rather than weeks in the surgical process.

Consultation slots at Epione are filled months in advanced. It would be best to visit www.epionebh.com and schedule an appointment as soon as you are ready.

What Are Smile Lines? What Causes Them? Laugh Lines FAQs Answered