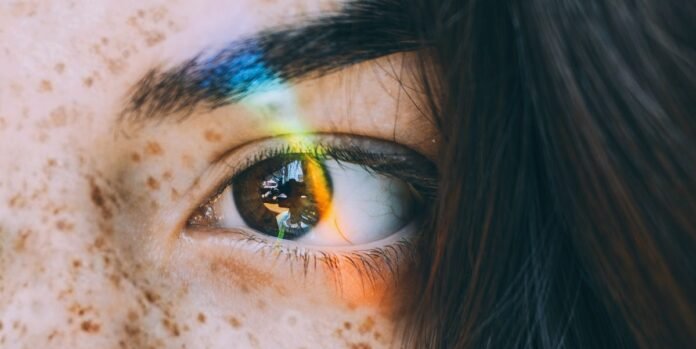 It’s Monday. After getting maybe five hours of sleep, you’re on coffee number three and doing your best to stay engaged in a morning meeting. Then, an almost phantom-like spasm overtakes your eye, and you’re certain everyone notices it. “What’s happening?” you ask yourself silently. “And how do I get it to stop?” That weird sensation is an eyelid twitch technically known as eyelid myokymia, and according to Megan McCarville, M.D., M.P.H., senior physician editor at MCG Health, everyone experiences it from time to time.

Why do eyelids twitch?

The reason depends on the type of twitch, and even then, there are lots of possibilities. “Eyelid myokymia is common and most often not due to an underlying condition,” explains McCarville. It’s typically triggered by stress, lack of sleep, or intake of alcohol or caffeine. “In rare cases, it can be due to a demyelinating disorder such as multiple sclerosis (M.S.) or a tumor in the brain stem,” McCarville adds.

Blepharospasm, on the other hand, can sometimes be genetic, and less commonly, is secondarily caused by a central nervous system disorder like M.S., autoimmune diseases, Huntington’s disease, or Wilson disease, explains McCarville. She also says that involuntary muscle spasms of all kinds can be caused by a variety of medications, particularly some antipsychotics and drugs that block dopamine.

Hemifacial spasms happen when a blood vessel puts excess pressure on a facial nerve, per the National Institute of Neurological Disorders and Stroke (NINDS). They can also be caused by external nerve damage from trauma, a tumor, infection, or demyelinating disorders, says McCarville.

How are eyelid twitches treated?

Not to be repetitive, but treatment depends on the type of twitch you’re dealing with. Eyelid myokymia doesn’t typically require treatment and usually goes away on its own, McCarville says. However, she adds that reduction in potential triggers like caffeine, alcohol, and stress may help minimize a particularly lengthy tic (while also preventing future ones).

For blepharospasm and hemifacial spasms, Botox injections are commonly used to keep facial muscles in place, McCarville explains, adding that there’s “reasonable evidence that it’s effective.” The only problem with that is Botox wears off, and repeated injections are required.

Before Botox was accessible, McCarville says medications were sometimes used, but often had significant side effects. “Surgical myotomy is an option for blepharospasm, but it’s obviously invasive,” she adds, which is why Botox is generally the go-to. Because some episodes are worsened by bright lights, McCarville says tinted lenses may be helpful. In severe hemifacial spasm cases, surgery to relieve pressure on the affected nerves is sometimes necessary.

Aside from the general eyelid twitch (myokymia), there are other types that can feel more extreme and, in rare cases, be a sign of something more serious.

Eyelid myokymia: is the most common type of eyelid twitch and is completely normal. Dr. McCarville says it’s characterized by spontaneous contractions of the orbicularis oculi, the voluntary muscle responsible for opening and closing the eye. She adds that the sensation more commonly occurs on the lower part and isn’t painful, though it may vary slightly among individuals.

“It usually involves one side, and doesn’t have associated weakness,” she explains. Aside from that, the exact function of myokymia isn’t well understood, “but it may occur because the involved nerves are triggered by neighboring nerves,” McCarville says.

Blepharospasm: is a type of focal dystonia, or an involuntary spasm that occurs in a small muscle of the body. Such spasms, McCarville says, often lead to abnormal positions and movements, and in the case of the eye, it often looks like the involuntary closure of the lid or excessive blinking. “It involves the orbicularis oculi muscles on both sides, and may involve spasms of other muscles as well, particularly those in the forehead,” she adds. According to the National Library of Medicine, the condition affects between 20,000 to 50,000 people in the United States.

Hemifacial spasm: is a neuromuscular disorder that involves involuntary jerks affecting one side of the face, including the eye, but also often muscles that control the eyebrows, lips, mouth, and neck, explains McCarville. It typically occurs on one side only, and involves both the upper and lower face.

When to see a doctor

“An eyelid twitch of any kind that does not get better within a few days should be evaluated to make sure there are no signs of an underlying disorder,” urges McCarville. In the case of both blepharospasm and hemifacial spasm, imaging of the brain is often needed to check for other potential disorders or causes. “You should pay attention to any other neurologic symptoms,” McCarville adds, “such as weakness, difficulty moving, or loss of sensation.”