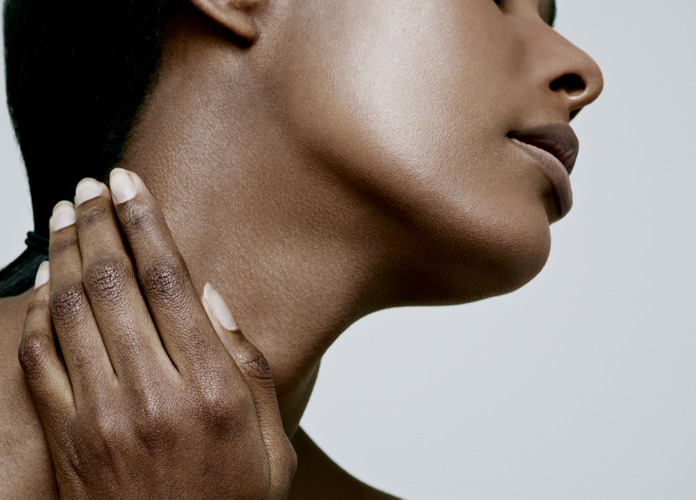 Bad news: Noticeable signs of aging don’t only occur on the skin between our forehead and chin. As we get older, this fact becomes clearer and clearer—especially once changes to the neck area begin to appear. Skin laxity, excess fat and deep wrinkles etched across the surface of the skin can add years to one’s appearance, while a sculpted, line-free neck can result in a dramatically younger look.

Unfortunately, this section between your chin and your chest can be one of the most difficult areas to treat, and many people simply aren’t aware of their best treatment options. “In an ideal world, more patients would be informed about the terminology involved with neck treatments,” says Wayne, NJ facial plastic surgeon Jeffrey Wise, MD. “It is so common to become confused by the multitude of terms out there.”

While there are various possible treatments for neck-sculpting on the market right now, there are a few doctor favorites that haven’t been getting the attention they deserve. Here, we break down the procedures that most patients don’t know about.

Kybella
If you have a small pocket of fat under your chin that’s preventing you from having a defined neckline, Kybella may be for you. “Kybella is a series of injections of a chemical that breaks down the fat in an area,” says New York plastic surgeon Craig Baldenhofer, MD. “It usually takes two to three treatments separated four weeks apart.” While this treatment permanently kills fat cells in the area and requires very little downtime, the results take rather long to become apparent (around six to 12 weeks).

And, although rare, side effects and complications are possible. A small percentage of patients have been known to develop severe swelling for up to a month after treatment. Also, studies have found a potential link between fat-dissolvable injectables like Kybella and alopecia in the treatment area. This may be something to keep in mind for men who want to maintain a full beard since this treatment may lead to facial hair loss.

CoolSculpting
While many people often associate CoolSculpting with eliminating fat from the abdomen, it can also be used under the chin to permanently get rid of submental fat for a slimmer neckline. “CoolSculpting is the least invasive and uses a machine to freeze [and destroy] the fat that your body will then absorb,” says Dr. Baldenhofer. “It is usually a series of two to three treatments separated four or more weeks apart, with the results becoming apparent in about three months.”

Considered a generally safe treatment, CoolSculpting’s most common side effects are bruising, swelling, and sensitivity. Like Kybella, this treatment is best for patients with mild-to-moderate fat under the chin. If there is significant skin looseness or excess fat in the area, a more invasive approach may be necessary for visible neck-sculpting.

Ultherapy
Called the “hidden gem of plastic surgery” by Dr. Wise, Ultherapy is a great starting point for people who want to sculpt their neck area without going under the knife. Harnessing the power of ultrasound energy, Ultherapy tightens and lifts the skin naturally by heating the tissue and stimulating the production of collagen. “Skin firmness and elasticity are restored and the new, youthful volume erases wrinkles and fine lines,” explains Dr. Wise. “It is, by far, the most impactful way to non-surgically tighten deep tissues of the neck, face, and chest, and it’s often an adjuvant procedure my patients seek out to maintain surgical results.”

A good candidate for Ultherapy has skin that has begun to look less firm with mild-to-moderate skin laxity. The treatment is safe for any skin tone, requires no downtime, and has minimal side effects. While many people see an initial tightening right after their treatment, it takes a few months—typically three to six months—to see the full effect.

According to Miami Dermatologist Dr. Janice Lima-Maribona, the results of Ultherapy can be enhanced when paired with filler and neurotoxins. “I think that Ultherapy in combination with [fillers] like Radiesse and neurotoxins is the trifecta for any neck that is a non-surgical case to [make it] look youthful and overall better,” she explains. Studies have found that filler placed along horizontal neck lines can create significant improvement in wrinkle intensity. Neurotoxins, like Botox Cosmetic, can have a similar effect since they relax muscles above and below the lines, causing them to smooth the skin’s surface.

Submental liposculpture
Sometimes noninvasive procedures aren’t enough to get dramatic results on the neck—that’s when surgery comes in. While many people may assume a necklift is their only surgical option, that’s simply not the case. “Submental liposculpture—[which] is liposuction—is a short procedure performed in the office under local anesthesia,” says Dr. Baldenhofer. “It takes about 30 minutes and the results are immediate.”

This form of liposuction takes place under the chin to give patients a more sculpted neck and jawline. A plastic surgeon inserts a thin tube, known as a cannula, into small incisions to suction excess fat from the chin, neck, and jowls, often resulting in a full transformation of the area. Per Dr. Wise, submental liposuction can be paired with a chin implant for an even more sculpted look. “If the patient’s concern is, in fact, a double chin and lack of definition, the best solution could instead be a combination of submental liposuction and chin implant,” says Dr. Wise. “Although for some patients, submental liposuction by itself could be enough, oftentimes we add a chin implant to increase definition of the chin [and] jawline to provide harmony and balance to the face.”