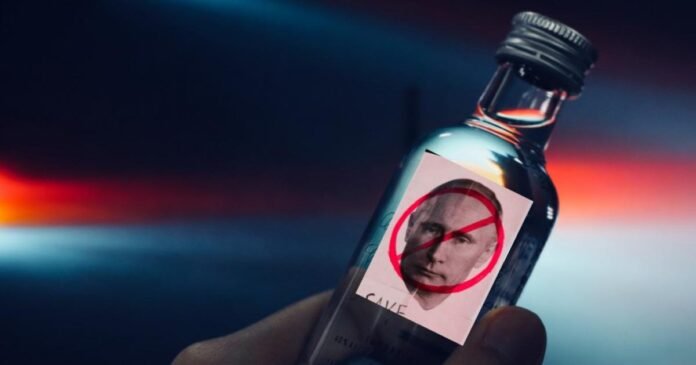 Russia’s invasion of Ukraine led to sanctions that impacted several sectors. Among the items hit by the sanctions on Russia was the import of Russian vodka. One U.S. company could have the perfect fix for the problem.

What Happened: A new trademark filing on March 11, 2022, calls for a vodka brand to be released with the name of “F You Putin Vodka.” The filing was shared by trademark attorney Josh Gerben of Gerben Law.

“The filing, made on March 11th, indicated that the distillery intends to launch this brand of vodka soon. I would expect nothing less from Boston,” Gerben tweeted.

The filing comes from Nashoba Valley Spirits LTD and covers the categories of vodka and seltzer.

“We will be donating 20% of the revenue from the sale of each bottle of F You Putin Vodka to the Ukraine Crisis Relief Fund by Global Giving,” Pelletier said. “This is a great cause.”

Funds from the vodka sales could be used to provide shelter, food and clean water for Ukrainian refugees. Funds could also go to health and psychosocial support and education and economic assistance, Pelletier added.

“We are focused on helping the community, whether it be locally or globally,” he said. “During the early stages of the COVID-19 pandemic, we repositioned our distillery to produce hand sanitizer with a focus on donating sanitizer to health care facilities or local essential businesses.”

Pelletier said the invasion of Ukraine by Russia was seen as a major global crisis, with the company willing to “assist in any way” it could.

“This is where the idea for a donation fundraising campaign started and the F You Putin Vodka product was born,” he explained.

Why It’s Important: Bars and liquor stores in the U.S. began removing Russian vodka from shelves after the invasion of Ukraine.

The same steps were taken in Canada, with several liquor jurisdictions calling for Russian-made vodka to be removed from all shelves.

Some owners of bars were even filmed pouring out Russian vodka, in a show of support for Ukraine and also demonstrating that they would eat the potential profits from selling the vodka.

Outside of the alcoholic beverage sector, Avery’s Beverages in Connecticut created Putin Punch to show support for Ukraine.

The independent beverage company started selling Putin Punch with a promise of donating 50 cents from each bottle sold to the Ukrainian Red Cross Society. The Putin Punch bottle features a label showing President Vladimir Putin getting punched in the face, as the name suggests.

Avery’s Beverages sold out the first batch of Putin Punch as word circulated online of the offering.

© 2022 Benzinga.com. Benzinga does not provide investment advice. All rights reserved.