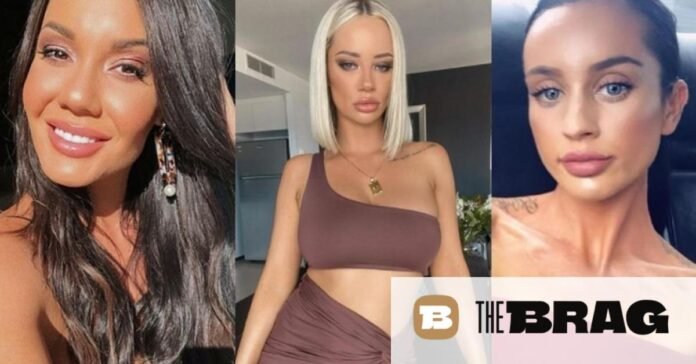 Former MAFS star Davina Rankin has revealed that she had her breast implants removed after they had a detrimental effect on her physical health.

Rankin, who starred in season five of the reality show, has been open about having elective cosmetic surgery done in an effort to “enhance” her appearance.

“My implants were an 18th birthday present to myself,” Rankin said in an Instagram post. “I was so excited for it and I thought of it as my ticket to self-confidence. For many years, my boobs served me incredibly well.”

“As soon as they looked at my breasts, they told me they could see I had capsular contracture, a problem where the capsule around the implant gets tighter and tighter, and over time kind of constricts the implant up and out of place. So this was adding to my discomfort, and booking in for explant surgery was just a no-brainer,” she explained.

After receiving the diagnosis of capsular contracture, Rankin decided to move ahead with surgery to remove the implants altogether.

“Funnily enough, I didn’t really give any thought to the aesthetic side of having my implants removed,” she said. “I just want my body to feel good and heal. I just want it to come back to itself.”

Rankin went on to explain that the surgery not only removed the discomfort and pain that was linked to the condition, but improved her mental health too.

“I just could not believe how good breathing felt,” the reality star said of how she felt post-surgery. “I could actually feel my breath fill my lungs, which I had not felt in years. I could not believe that I hadn’t been breathing properly for most of my adult life.”

For more on this topic, follow the Film and TV Observer.

Get unlimited access to the coverage that shapes our culture.