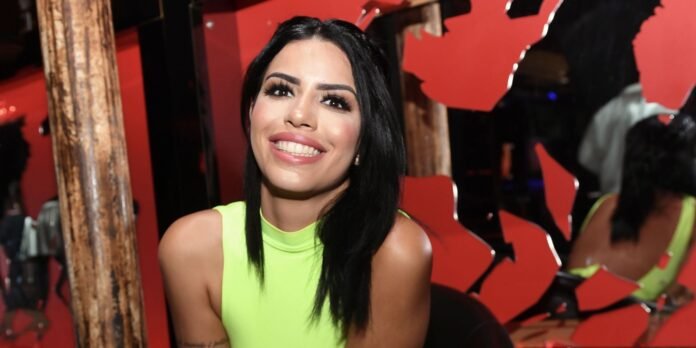 Larissa Lima is known for her many plastic surgeries. But many fans feel the former 90 Day Fiancé star went too far with her recent ab implants.

Former 90 Day Fiancé star Larissa Lima has never been shy about showing off her skin. In fact, appearing in an online lingerie show is what got the Brazilian bombshell’s contract with TLC terminated. Larissa has been using her surgically sculpted appearance to build a career for herself following her memorable stint on reality TV. The 34-year-old has been completely transparent about her many procedures, which have cost her over $72,000. However, many of Larissa’s followers have been questioning her choice to have ab implant surgery earlier this year.

Though she is thriving on both OnlyFans and Instagram, Larissa’s followers have mixed opinions about her latest procedures. Larissa’s recent series of lingerie selfies were well-received by fans, though her earlier photos of her bare abs garnered mostly negative results. The Brazilian even turned off the comments on her photos, though fans quickly shared their negative opinions on a 90 Day Fiancé fan account. While many supporters praised Larissa’s face and body when her abs were covered, some find the ab implants to be too unnatural and even botched. Others have questioned if Larissa’s plastic surgery has become an addiction. Many have also been wondering about the surgical procedure.

Larissa has been very open about her plastic surgery, and she often praises Smith Plastic Surgeon in Nevada for her new look. Now living in Colorado, Larissa has been relying on her on-again-off-again boyfriend Eric Nichols to help her recover. According to the website of plastic surgeon Douglas S. Steinbrech, ab implant surgery is an elective cosmetic procedure that creates the appearance of defined abdominal muscles through the insertion of silicone implants. The website states that ab implant surgery is intended for people who are discouraged by their inability to achieve a “six-pack” through workout and diet. Patients can choose how many implants they wish to insert into their abs for the desired toned effect. You can view a screenshot of one of Larissa’s recent Instagram photos below:

The cosmetic procedure is performed under anesthesia. Another procedure, known as etching, provides less dramatic results. Ab etching removes fat from the abs and surgically draws lines with liposuction in order to emphasize definition. Significant weight gain can alter the appearance of both procedures, so Larissa will need to maintain her new midsection with diet and exercise. In general, ab implants have a lower rate of replacement than breast implants due to their smaller size. However, replacement might be needed in the future. The silicone is made to be flexible to try and conceal the artificiality of the implants, though many fans have found Larissa’s figure to now appear too unnatural.

Ab implants are intended to boost people’s confidence and self-esteem. Since Larissa shares many lingerie shots with her followers, she often has her midsection on display. The mother-of-two has discussed her plastic surgery journey in detail with her followers and stated that she is not yet entirely satisfied with her appearance. Therefore, there is a good chance that the former 90 Day Fiancé star will be seeking more procedures in the future, though many fans urge her to embrace a more natural look.