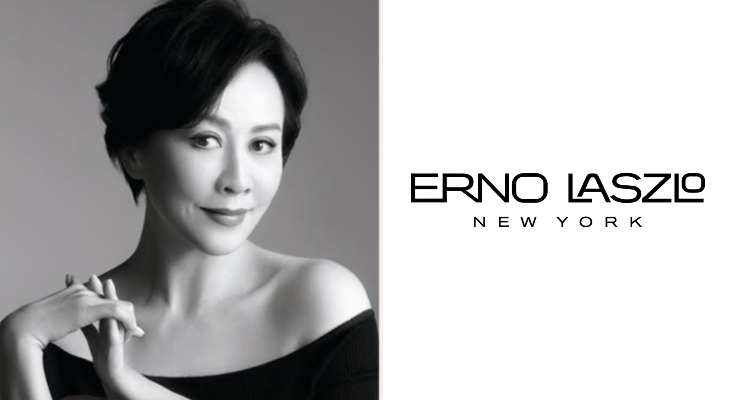 In her extraordinary life both on and off the screen, Lau has greatly influenced the movie industry through continuously redefining what it means to be a resilient woman during her 30-year career. The partnership with Erno Laszlo is another chapter in her life as she continues to inspire women all over the world to overcome obstacles and believe they can follow their dreams and define their own destiny.

“We spent some time searching for the right person to champion our values. After meeting with Carina Lau, the decision was easy. Ms. Lau represents true feminine power. She’s really a model for modern women everywhere. Her independent spirit and accomplishments in the face of adversity, mirror our belief that every woman can and should be encouraged to live their own legendary life,” commented Charles Denton, global CEO of Erno Laszlo.

When discussing the new global spokesperson partnership, Lau said, “I have been using Erno Laszlo since 1997. I’m a loyal customer and love the results I get from using the rituals. To me, Erno Laszlo is like a best friend, always by my side. I am honored to work with this wonderful heritage brand to bring their message of confidence to women in China and all over the world.”


This strategic move also reflects Erno Laszlo’s commitment to growth in the Chinese market, which according to financial records, contributed to over 50% of Erno Laszlo’s global sales.

“The partnership with Carina Lau demonstrates the brand’s acknowledgement of the influence of Chinese women and their increasingly multi-dimensional and diversified sense of conscious consumption. The partnership with Lau will further draw Chinese customers to the brand while also introducing Lau and her influence to the American market,” remarked Pamela Kruse, USA general manager of Erno Laszlo.

As Erno Laszlo looks into the future, the brand will continue to expand beyond the successful Vitality Treatment Mask to include an essence lotion under the same range this summer as well as debut the brand’s premium anti-aging Phormula 3-10 collection this fall.