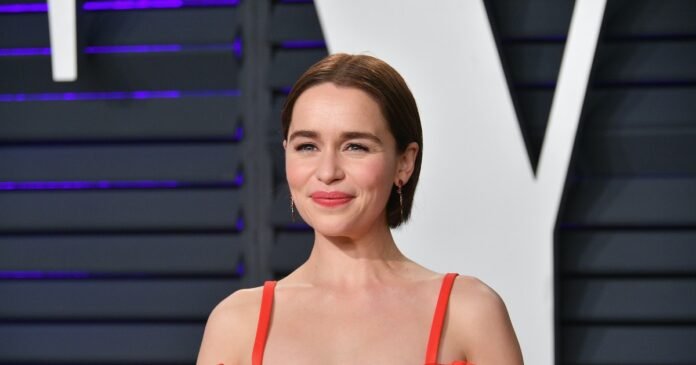 Emilia Clarke has grown increasingly candid since Game of Thrones came to an end. “It’s annoying as hell,” she said of being asked about nude scenes a week after the final episode aired. “I’m sick and tired of it because I did it for the character—I didn’t do it so some guy could check out my tits, for god’s sake.” Later that year, she directly called out the industry: “I’ve had fights on set before where I’m like, ‘No, the sheet stays up,’ and they’re like, ‘You don’t wanna disappoint your Game of Thrones fans.’”

Clarke’s new openness has offered the chance to reflect on past incidents of attempts to alter her image. Take the pressure to get fillers, which would be notable enough at the 34-year-old actor’s current age, but actually began at least six years ago. “I once had a facialist who told me I needed fillers and I showed her the door,” the actor told Elle. “I was literally just like, ‘get out.’ Her exact words were, ‘Then, you can have your face back.’ At that point I was 28.”

These days, not much has changed. “Oh my god, yes,” Clarke said of feeling the pressure for actors to get injectables. “You hear about all your contemporaries getting it done and you’re like, ‘Does that mean I have to? Should I be doing that?’ And then you work on a movie and the director of photography lights you beautifully and you get over it.”

Ironically, Clarke argued, getting injectables is actually a disservice to actors. “I work in an industry where I’ve got to move my face, and I’ve got to be expressive, and you can’t light filler,” she said. “You just can’t light it. It doesn’t look right, you look shiny and strange. If my job is telling me that I need to have anything more than possibly a bit of botox when I’m 45 or whatever, then I’ll stop doing the job.”

Clarke isn’t opposed to anti-aging alterations in general; she may even get them further down the line. “I’m allowing myself room to change my mind,” she said, going to reference the author of How to Be a Woman, a reflection on feminism. “Caitlin Moran has botox. As soon as she did it I was like, ‘Okay, we can talk about it, it’s okay.’ I’ve never had it because I’m petrified, and I definitely don’t want it now, but I’m not saying I won’t want it later.” Ultimately, Clarke’s stance is the following: “I don’t like the fact that it’s suddenly become normal that everybody just gets work done.”