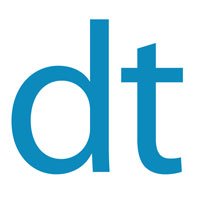 PHOENIX (AP) — The next time you sit in the dental chair for a filling, your dentist may also be able to offer to handle those pesky wrinkles around your eyes by injecting some Botox.

All that’s standing in the way is a signature from Republican Gov. Doug Ducey on legislation that passed the House and Senate.

The House approved the measure allowing dentists to give cosmetic injections of Botox or so-called dermal fillers on a 55-0 vote Thursday. Rep. Regina Cobb, a dentist who became executive director of the Arizona Dental Association last year, recused herself from the vote. Four other House members either were absent or excused.

Dentists already are allowed to use Botox, which temporarily relaxes muscles and has a wrinkle-reducing effect, for medical reasons. They include treatment of TMJ, a painful jaw disorder.

But they are not allowed to use the medication for esthetic reasons.

Dentists testified that they already are highly trained in medication injections in the head and neck area. And some are certified to use Botox for cosmetic purposes.

Phoenix dentist Dr. Kevin Ortale testified before a Senate committee that he is uniquely qualified to use injectable Botox and dermal fillers, which plump the skin to minimize wrinkles. Ortale’s website advertises Botox for both TMJ treatment and for esthetics.

“What makes more sense for Arizona, having nurses utilize offsite medical directors at their med spas and Botox parties?” Ortale said. “Or, have a uniquely talented group of medical professionals highly experienced with thousands if not hundreds of thousands of injections already in and around the mouth?”

Ortale also said his practice has lost 20% of its business since the pandemic hit and he’s been “patiently waiting” for the new law so he can expand.

Barto said during a House committee hearing that her bill was several years in the making.

“Anytime we allow trained professionals to work at the top of their game when it makes sense, I think we should remove those restrictions from law,” Barto said. “And that’s what this bill does.”