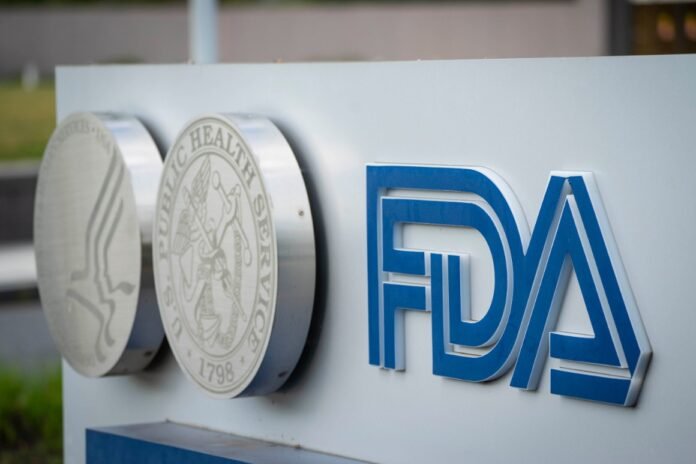 The effects of the FDA slowdown are already becoming apparent. In recent weeks, the agency has deferred or denied at least six drug approvals because it could not inspect manufacturing sites in the U.S. and abroad. The delayed treatments include drugs for endometrial cancer and abnormally low levels of white blood cells, a condition often linked to cancer treatment; a regenerative skin therapy for adults with deep second-degree burns; and a cholesterol drug for people who cannot tolerate statins.

With no end to the pandemic in sight, pharmaceutical companies are bearing down on FDA to find a solution to the inspection issue. The drug lobby PhRMA warned in a December letter that FDA’s current approach “will increase the risk of drug shortages in the global supply chain … and could delay availability of new therapies.” And in late January, industry leaders made their case directly to FDA officials, according to a source familiar with the discussion.

“There’s a huge backlog of drugs and biologics facilities that have not been inspected and it is affecting the public health. The agency doesn’t really seem to care and we are now approaching the one year point,” said Mark Schwartz, a lawyer at Hyman, Phelps & McNamara in Washington, D.C., who represents drug companies. “It is irresponsible for the gold standard of regulatory bodies to be dithering while pharma is burning.”

Schwartz, who has more than 10 clients waiting on FDA inspections for various reasons — including a product approval — said he has spent 8 months lobbying contacts at the FDA for help. During a recent conversation with a senior FDA official, Schwartz said, he emphasized the risk that the pandemic could persist longer than expected due to recently emerged virus variants, making the inspection backlog much worse. Schwartz, who worked at FDA for 13 years, said the official was sympathetic but made clear it was not his place to set the agency’s inspections policy.

FDA spokesperson Jeremy Kahn said that the agency continues to perform what it calls “mission critical” inspections and is using record reviews and outside regulator reports to replace in-person visits where possible. While several drugs’ applications for approval have been deferred due to the lack of inspections, Kahn said the FDA has not experienced “a significant impact on its ability to take action on drug applications.”

“The FDA believes that maintaining oversight of manufacturing operations is critical to ensuring drugs remain safe and effective,” Kahn said in a statement. “The health, safety and well-being of all Americans — including our investigators — are of utmost importance to the FDA.”

The agency is also studying the possibility of conducting “virtual inspections,” using video and other tools, an idea it has also considered for inspecting food. FDA is currently studying “remotely evaluat[ing] a facility by viewing livestreaming video of operations and other live interactions designed to simulate as closely as possible what happens during an actual inspection,” an agency spokesperson said.

FDA did not give a timeline for completing its assessment or launching virtual inspections, which are already being used by drug regulators in United Kingdom, the European Union, Canada and Australia.

And there are signs that FDA staff are wary of depending on virtual checks. Lawyers representing the industry have pressed the FDA to consider using virtual inspections since the pandemic began, but they say the agency has been noncommittal. Donald Ashley, the director of the Office of Compliance in the FDA’s Center for Drug Evaluation and Research, told an industry conference in December that he worried remote inspections could miss problems.

“FDA says they’re continuing to think about it, and while they’re thinking about it, in May of last year the British regulatory authority had already started virtual inspections,” Schwartz said. “Firms are forced to wait and some companies might go bankrupt because they’re one- or two-product companies.”

Stephen Schondelmeyer of the University of Minnesota’s Center for Infectious Disease Research and Policy Resilient Drug Supply Project said that drug shortages caused by the inspection backlog are a real threat and the FDA must do more. He worries about a major increase in drug recalls for safety and effectiveness reasons due to the lapse in inspections performed.

“I fully acknowledge the challenge of Covid-19 era inspections, but almost every other industry has found a way to continue operating and to function within these parameters of low social contact,” Schondelmeyer added. “When you have bona fide, effective new therapies that aren’t getting to market that has an impact on patients.”

Mark Foley, the President and CEO of Revance, said that in November the FDA deferred approving his company’s only lead drug candidate, a frown-line injection known as DaxibotulinumtoxinA, because it could not inspect the company’s Newark, Calif., manufacturing facility.

“Clearly when you’ve spent this amount of time and money trying to bring innovation forward, these delays have a real impact in terms of our ability to make investments and to hire people and on the growth of the company,” Foley said. “Companies like us are in a holding pattern.” Foley said.

DaxibotulinumtoxinA is also in clinical trials for painful neurological conditions involving muscle movement — such as cervical dystonia, caused by spasming neck muscles that cause the head to tile to one side. He said that the drug’s approval for those types of conditions will likely be delayed, too.

While the GAO report only documented drug inspection backlogs, agency watchdogs said the problem extends to medical devices as well. Diana Zuckerman, president of the National Center for Health Research, said she is particularly disturbed by the device backlog because devices typically do not undergo clinical trials, leaving inspections as the primary tool for assessing safety and effectiveness.

Earlier this month, a division within the FDA’s Office of Regulatory Affairs gave Zuckerman a Zoom briefing on its inspections of medical devices. She said three officials presented her with their 2019 inspection numbers and omitted 2020, which is when the pandemic hit and inspections largely stopped.

“I said, ‘Well, that’s very interesting about 2019, but what about 2020?’” Zuckerman said. “And I said I understand how difficult it is to do inspections during a pandemic, and they said basically they don’t do them.”