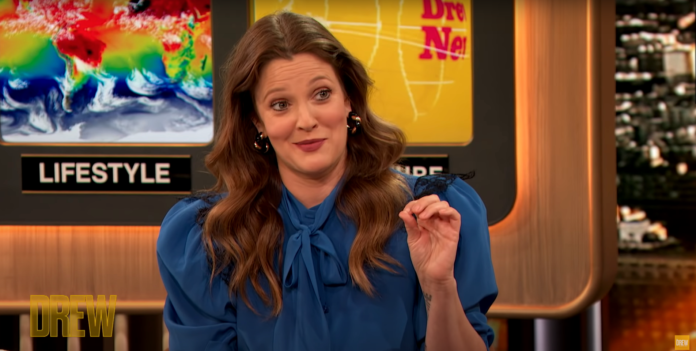 While many celebs are big fans of Botox and fillers, one who is determined to age naturally is Drew Barrymore, who shared why she has never had plastic surgery.

“Never say never,” she added, but clarified that one thing she’s never doing is getting married again after her divorce from Will Kopelman.

“The thing that I do care about and I do feel is still relevant to my life is the face. I know myself. I’m a highly addictive person, Ross. And I do one injection, I’m going to look like Jocelyn Wildenstein by Friday,” the Never Been Kissed star explained.

“I think because I’m so rebellious that I saw all of that pressure and I saw all of those women torturing themselves to look a certain way and I thought, ‘You miserable people.’ I just never wanted to be afraid of what life would do to me.”

Barrymore has previously opened up about avoiding going under the knife and set up her own skincare line, Flower Beauty, in 2013.

“I’d love if there was some way we could let go and give into the ride a little bit more,”  the 45-year-old told Matthews.

The brunette beauty added that she feels more “human and vulnerable” each year but also knows “how to appreciate each year,” and is content being “boring,” “safe” and “healthy.”

In 2019, Barrymore told Glamour UK that she has an addictive personality and feels that plastic surgery (and heroin) are “very slippery slopes.”

“I feel if I try either, I’m going to be dead really soon,” she said.

“Not messing with my face or chasing some unnatural beauty is a standard I live by,” she shared. “I have dark circles under my eyes. I was at my dermatologist’s recently who said to me, ‘Can I shoot some Juvederm up there? It will raise the skin and it won’t be so sunken, which is causing the darkness to look worse, because it’s lower than the natural light that is hitting it.’ And I went: ‘No, but I’m gonna go home and start highlighting under my eyes, so thank you for the tip!'”

Barrymore added that “we’ve gone too far the whole thing, especially when people who are so young are doing it.”

She said, “I feel aging is a privilege. It’s about how to do it gracefully, with humor, self-love and a respect for the process, and that’s always been really important to me. Then I started having girls and I thought, thank god these were my initial instincts. Now I can carry them out in an even more deep and profound way.”