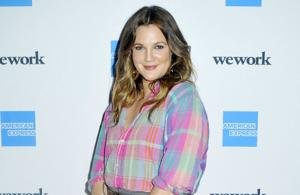 The 45-year-old actress spent her life watching Hollywood stars inject themselves with botox and is determined to never go under the knife as she doesn’t want to comply with the standards of beauty.

Speaking on her talk show, she said: “I’ve never done anything to my face and I would like to try to not to. Never say never. The thing that I do care about and I do feel is still relevant to my life is the face. I know myself. I’m a highly addictive person and I do one injection I’m going to look like Jocelyn Wildenstein by Friday.

“I think because I’m so rebellious that I saw all of that pressure and I saw all of those women torturing themselves to look a certain way and I thought, ‘You miserable people. I just wanted to never be afraid of what life would do to me. I probably went to too many opposite extremes. Now I’m boring and safe and healthy.”

Instead, the ’50 First Dates’ star is looking to age gracefully and enjoy her life by allowing herself to be human and feel vulnerable.

She continued: “I would love if there was some way that we could let go and give in to the ride of life a little bit more. We’re gonna age, things are gonna go south and it’s ok and it’s a part of life and I feel more human and more vulnerable every year of my life, but I also know how to appreciate every year more and more, too. And I’m a little crazy.”

It comes after Drew – who has Olive, eight, and Frankie, six, with ex-husband Will Kopelman – previously vowed to show her daughters that ageing is a “luxury”.

She said at the time: “I’m now determined more than ever to show my daughters that ageing is a luxury. If we’re lucky, we are all going to age. I just want them to be at peace with who they are and not what they look like. If they are good, cool people, that’s all I care about.”