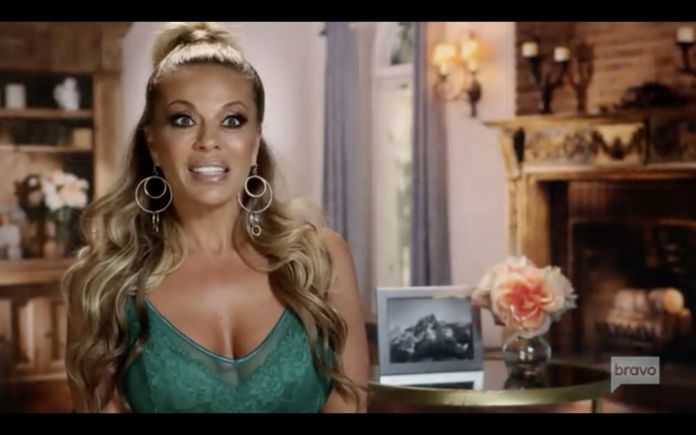 Real Housewives of New Jersey is back on our screens, with an argument between Dolores and David taking place on the first episode.

The couple will be seen getting into a disagreement about her plastic surgery, during the season 11 launch.

The Jersey wives are returning after cameras followed their professional and personal lives for yet another season on Bravo.

Who is Dolores Catania?

Dolores is a mother, philanthropist, entrepreneur, and housewife.

She has two children, a daughter Gabrielle and son Frankie, with her ex-husband Frank, and looks after several rescue pets of her own.

She is currently in a relationship with doctor David Principe.

Which plastic surgery has Dolores had?

Over the years, Dolores has had a face lift, a neck lift, and eyelid surgery.

She also regularly gets Botox and filler for maintenance purposes.

More recently, she underwent a tummy tuck, liposuction and a butt lift, which she didn’t tell her boyfriend David about until the night before.

She didn’t tell him “because David is not for elective surgery”, as seen in the clip for season 11 episode 1, which he responded: “You didn’t need it”.

Dolores Catania: Before and after surgery

Dolores is now pretty open about her surgery, but admitted that she didn’t really tell people about it because some were so against it.

Now 50 years old, the RHONJ star appears to be glowing!

So, we thought we’d scroll back on her Instagram to see how different she looked quite a few years ago.

She revealed on Instagram that nobody ever believes that she had a face lift because she still looks like her.

This picture was posted on Dolores’ Instagram in January 2016, where her cheeks look less lifted, which is most likely because she has less filler.

Celine is a journalist with over five years of experience in the media industry and the chief staff writer on Reality Titbit. After graduating with a degree in Multimedia Journalism degree she became a radio newsreader and reporter, before moving into her current role as a reality TV writer.